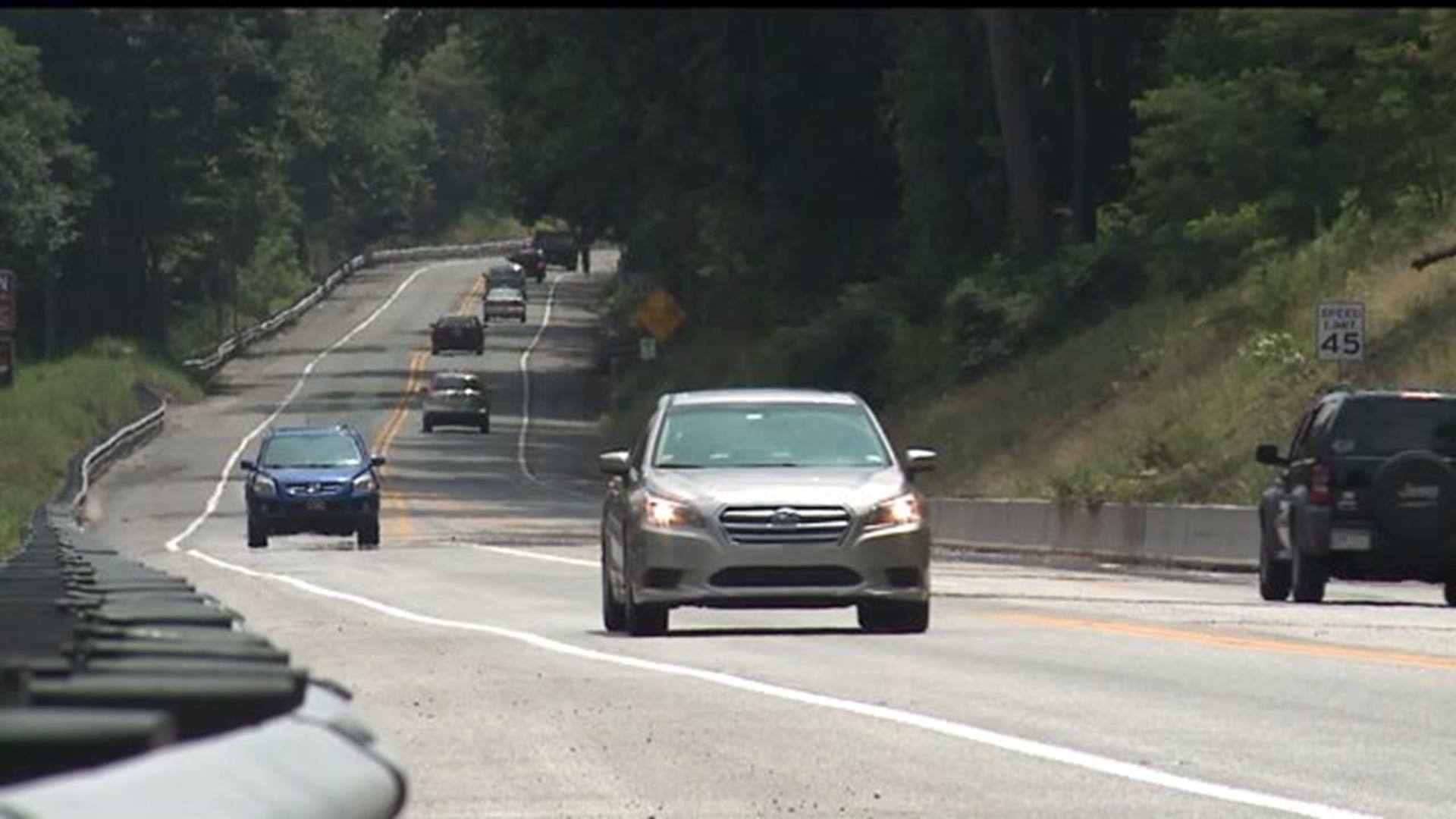 MARYSVILLE, Pa. -- Randy Rohrer of Big Bee Boats & RV's sits in his showroom, surrounded by pontoons and fishing boats, leafing through invoice orders from customers across the state."

"Harrisburg...Kane...Thomasville...Glenville," he reads off. "I'm not even sure where that last one is!"

Rohrer has built his business through the summer months of May, June, and July; a roughly $4.5 million company he estimates is based largely off of traffic along Route 11/15. Next summer, much of that traffic won't be there, as PennDOT plans to close a one mile stretch just south of Marysville for three months. Rohrer says he expects to lose half of his business in that time, just north of $2 million.

"Unfortunately there will be job loss. At least some layoffs," he says. "I lose sleep every night thinking about it."

PennDOT announced this week their plans to close part of the road between the Cumberland County and Perry County line beginning May 1, 2016. The plan to close during the summer months is to maximize daylight hours as they tend to rock slopes along the road.

"We understand how disruptive closing a major transportation corridor can be on residents and businesses and other travelers," Michael Keiser, PennDOT District 8 engineer said. "Unfortunately, with the narrow conditions along Route 11/15, there simply is not enough room for us to maintain traffic and conduct the work safely."

PennDOT's official detour will have drivers bypass Rt. 11/15 for US 22/322 into Dauphin County. Motorists can also bypass the road closure through Belle Vista Drive in East Pennsboro Twp. and taking River Road and Main Street into Marysville. The latter is a narrow, more windy road which would be difficult for trucks to traverse.

Rohrer's business is one of many along Rt. 11/15 which expect to feel a pinch in their wallet next summer. About one mile north, Marstellar Concrete & Oil uses the road to transport concrete to their customers in Harrisburg and points south. Erica Marstellar, the company's Vice President of Sales and Quality Control, says their trucks get three miles of gas to the gallon. When they're transporting concrete, drivers are often on a clock to arrive at a location before the concrete hardens. She says time lost in money lost.

"We expect to lose $50,000-$100,000 due to the road closure," Marstellar says. "PennDOT reassured us there would be public meetings. When I tried speaking with PennDOT about that, they said their decision was final."

PennDOT insists they tried for a year to figure out a way to keep the road from closing, much like they did with their current rock slope project in Duncannon where one lane of Route 11/15 has been kept open. By making their announcement 10 months in advance, they hoped it would give the public and businesses enough notice as possible.

Meanwhile, those businesses say that solution is not good enough. They are "a tight knit group," says Marstellar, and hope to bring awareness to their issue through social media, and potentially a petition.

"It's time to wake up, people!" Rohrer said. "I can't fight City Hall by myself."