Vote & Vaccinate in the City of York

The Center for Disease Control and Prevention is urging everybody to get a flu shot and with many people expected to vote tomorrow, York City Bureau of Health w... 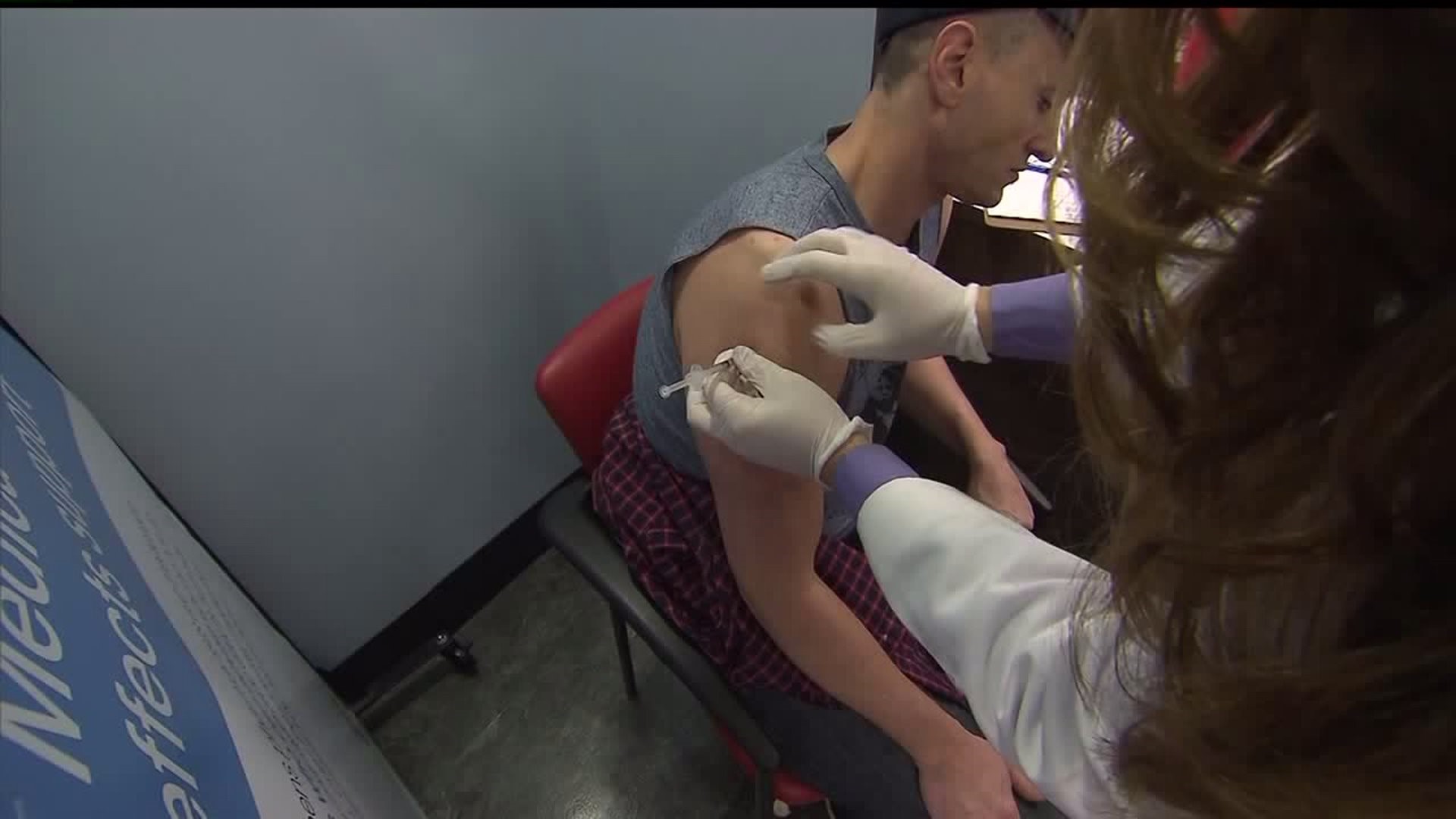 The Center for Disease Control and Prevention is urging everybody to get a flu shot and with many people expected to vote tomorrow, York City Bureau of Health will host 'Vote and Vaccination.'

'It sure is beneficial to get their flu vaccine," said York City Bureau of Health Coordinator Debbie Stoops.

Vote and vaccinate is modeled after programs in other states. The flu virus can negatively effect the elderly and young children.

"Last year was a horrible year for the flu," say Stoops.

"There were 80,000 thousand deaths from the flu last year. The side effects as well from the flu, lots of people get the pneumonia after they had the flu especially in the very young and the elderly."

Bill Fox plans to vote for the Midterm elections. He believes this is a good idea.

"I think its a good idea because you get the people to come out and they should be voting either way but it also encourages them to take care of their health. So absolutely it's a win win for them"

The vaccination is free to city residents who are uninsured or underinsured. Flu shots will be given on the first come first served basis.