DAUPHIN COUNTY, Pa. – Trout stocking season in Dauphin County started. Volunteers dumped trout into three creeks across the county, and for them, donating... 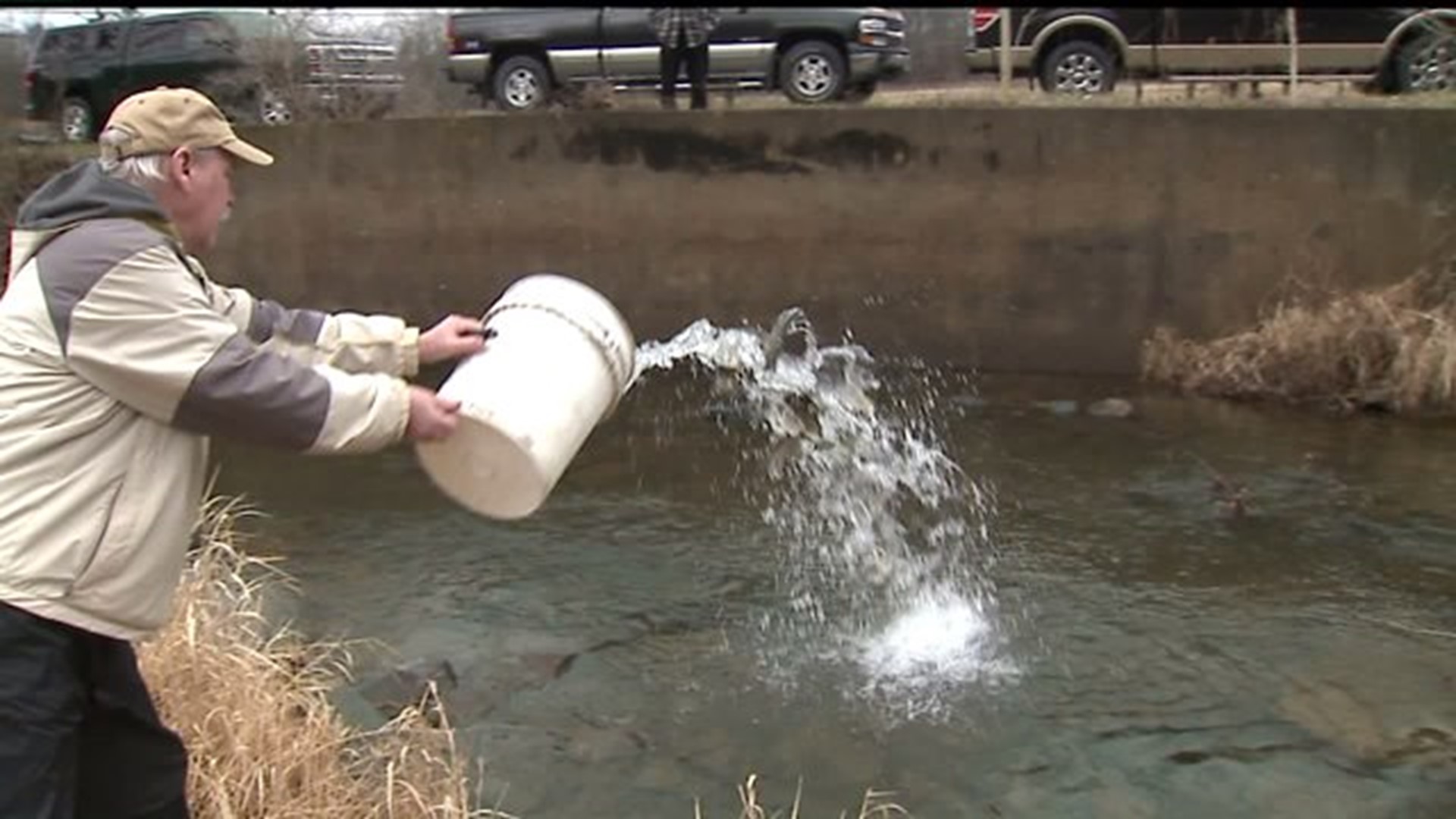 DAUPHIN COUNTY, Pa. - Trout stocking season in Dauphin County started. Volunteers dumped trout into three creeks across the county, and for them, donating their time to stock is a yearly tradition.

Some of the trout reaching nearly 2 feet in length, and I was lucky enough to get one of the big guys in my bucket.

"I’m about to throw a five-pound golden trout into the Armstrong Creek right here. One, two, three! That won’t kill it, right?"

And the answer is no! The water temperature and weather is perfect for the fish according to Officer Bernardi.

Nearly two dozen volunteers lend their hands in the effort, and they do it for one reason: the kids.

"It's why we do what we do. We're out here basically for the kids,” said Tony Hubler, a volunteer from Millersburg.

"It's all about the kids. Get the fish where I know a lot of the kids are fishing, and that's where we try to put some of these big ones, just to see the enjoyment on their faces,” said Rusty Hubler, another volunteer.

For Rusty, it’s his fifteenth-year riding in the trout truck and helping dip the fish with his brother and son.

“We put a lot of leg work in just to try to keep these waters open,” Rusty added.

It’s a joint effort between the volunteers and the property owners who let people fish on their land come opening day and trout season.

“So what we do is we go around to landowners, farmers and landowners, and we get permission from them to put the fish in certain areas on their property,” explained Tony.

Stocking the creeks early so that fishermen and children can have a successful trout season.

Officers with the Pennsylvania Fish and Boat Commission say the creeks will be stocked once more after opening day, and some, a second time after that. They hope for more rainfall between now and April 1st to make stocking a bit easier.