Volunteers spread holiday cheer one box at a time

Christmas cheer is filling the Salvation Army Distribution Center in York. It’s a heavy job, but Paul Wolfgang’s heart is fuller, as he fills boxes ...

It’s a heavy job, but Paul Wolfgang’s heart is fuller, as he fills boxes for families in York County. 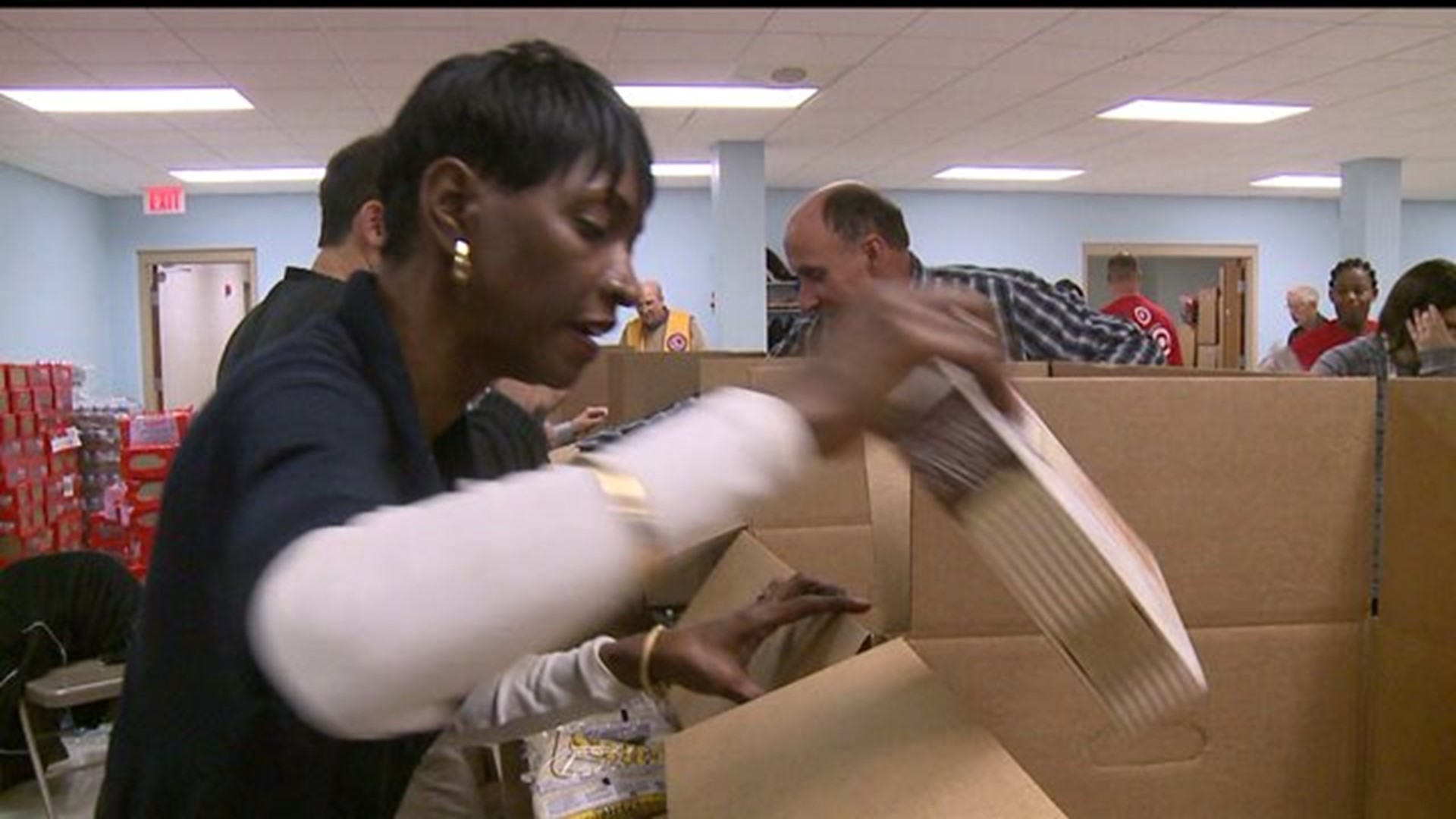 He says, "I think it's a sense of satisfaction, a sense of helping the less fortunate and more than myself in growing up in the city."

Paul's been volunteering for the Salvation Army Christmas Cheer Program for 25 years. It's no sweat off the 84-year-old's back.

Paul says, "I'm able, it's good exercise, it beats going to the gym."

Volunteers fill boxes with items like cereal, canned goods and other non-perishable items.

Paul says, "I keep track of how many boxes we have and where we store them before they go up for distribution."

In two weeks, 2000 families from around York County will pick up their 40 pound boxes just in time for the holidays. For some, it's a necessary tradition.

George Lenkner is the Salvation Army Business Manager. He says, "There are a lot of families hurting and that extra box of food and toys give that family the opportunity to do a little more for Christmas than they otherwise would.">

He says families are pre-registered and they walk away with their box and a free turkey.