HANOVER, YORK COUNTY, Pa. — The holiday season can be especially hard for those in the armed forces and their families. There’s some volunteers in York Co... 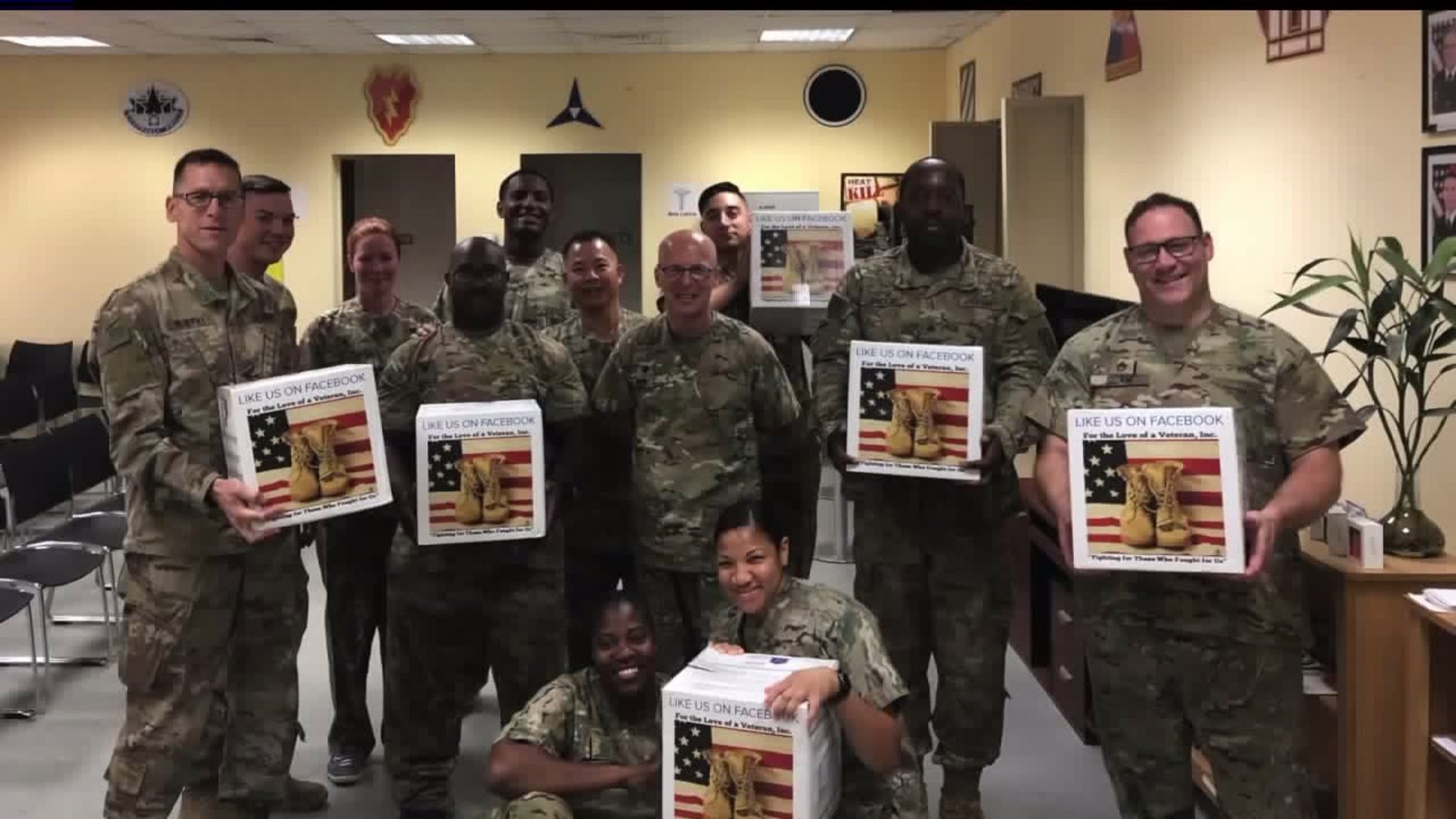 HANOVER, YORK COUNTY, Pa. -- The holiday season can be especially hard for those in the armed forces and their families.

There’s some volunteers in York County, hoping to bring those serving some holiday cheer.

That’s the sound of love packed snugly into a box.

“We try to fit about 10 stockings in a box," said Chris Waltz, founder of For the Love of a Veteran.

Care packages will soon be shipped to servicemen and women overseas and at the border.

"I think it’s really important because they’re sacrificing their holidays with their families," added Waltz.

Volunteers with the nonprofit organization For the Love of a Veteran are from their day to fill box after box with homemade cards and goodies.

Each is a small reminder from York County.

"This is just like, maybe, we’ll make them think of being little at home and getting a stocking at Christmas," explained Waltz.

“I mean, I got packages from my family all the time," she explained. "This is a package from people I don’t know, people that don’t know me... you know, strangers sending you stuff, and it makes you feel that you now have this extended family.”

Kwiatkowski has been on the receiving end, but now, she’s giving back by ending the same package she once received to soldiers like Sergeant Mark Bauer Junior, who is currently deployed in Germany.

“There’s times when he’s out on the field and they come back, and chow hall is closed, so he turns to that box to get his snacks and whatever he has in here for his meal," explained Sue Bauer, Sgt. Bauer's mother.

A care package box meant so much to Sergeant Bauer and his family, his parents also became volunteers.

“He got his first box. He was a mess, because he was a piece of home that came to him from strangers he didn’t even know," explained Bauer.

It's volunteers, with organizations like for The Love of a Veteran, who adopt servicemen and women overseas, complete strangers at the time, and send them packages.

If they’re lucky enough, they might just get the chance to meet in person, and work towards the same mission... like they're doing in York County.

More on how you can get involved, here.