Hundreds of volunteers search for missing teenager in York County 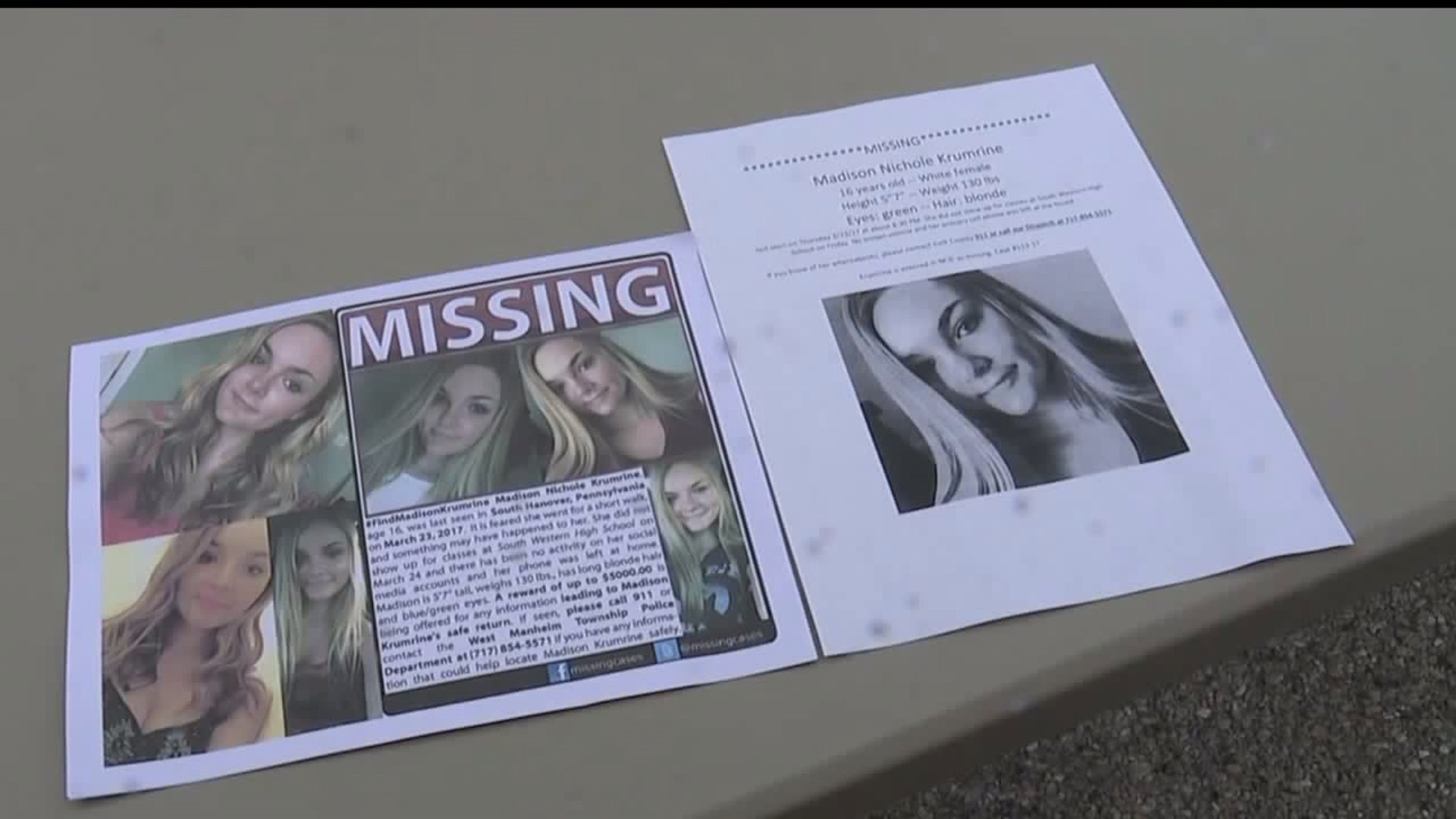 Madison, 16, was last seen Thursday night, and did not show up to her classes at South Western High School on Friday. Her cellphone was found at her home.

Hundreds of volunteers from across Central Pennsylvania and parts of Maryland met up at St. David's United Church of Christ on Hobart Road to search for the missing teenager.

Beth Mann, a friend of the family, said, "Turnout was great, and that just shows the overall community support. I know it's been overwhelming, but we have to be supportive."

Mann organized the search and made an announcement on social media just hours before it started. About 300 people still came out to help.

Tiffany Carbaugh, from Hanover, said, "If this were our kids missing we would hope people would come and help."

People, like Carbaugh, who didn't even know Madison, came out to look for her.

Carbaugh said, "I have a niece and nephew who are right around this girl's age and go to the South Western School, and it's just scary. It's scary as a parent."

Searchers looked for anything that could lead them to Madison. Volunteers and police found suspicious items in the woods, but officials said they are not linked to Madison's disappearance.

Mann said, "It's kind of unclear as to what's going on. So we figured if we can search around the area that she was last known in and where her home area is then hopefully we can just find even something that would give us some information."

Police said they have reason to believe Madison left home with the intent to run away. She is described as 5' 7'' and weighs 130 lbs.

Volunteers want her to come home safe and sound.

Mann said, "We just want her back."

A $5,000 reward is being offered for Madison's safe return.

If you have any information on her whereabouts, please call 911 or West Manheim Township Police at 717-854-5571