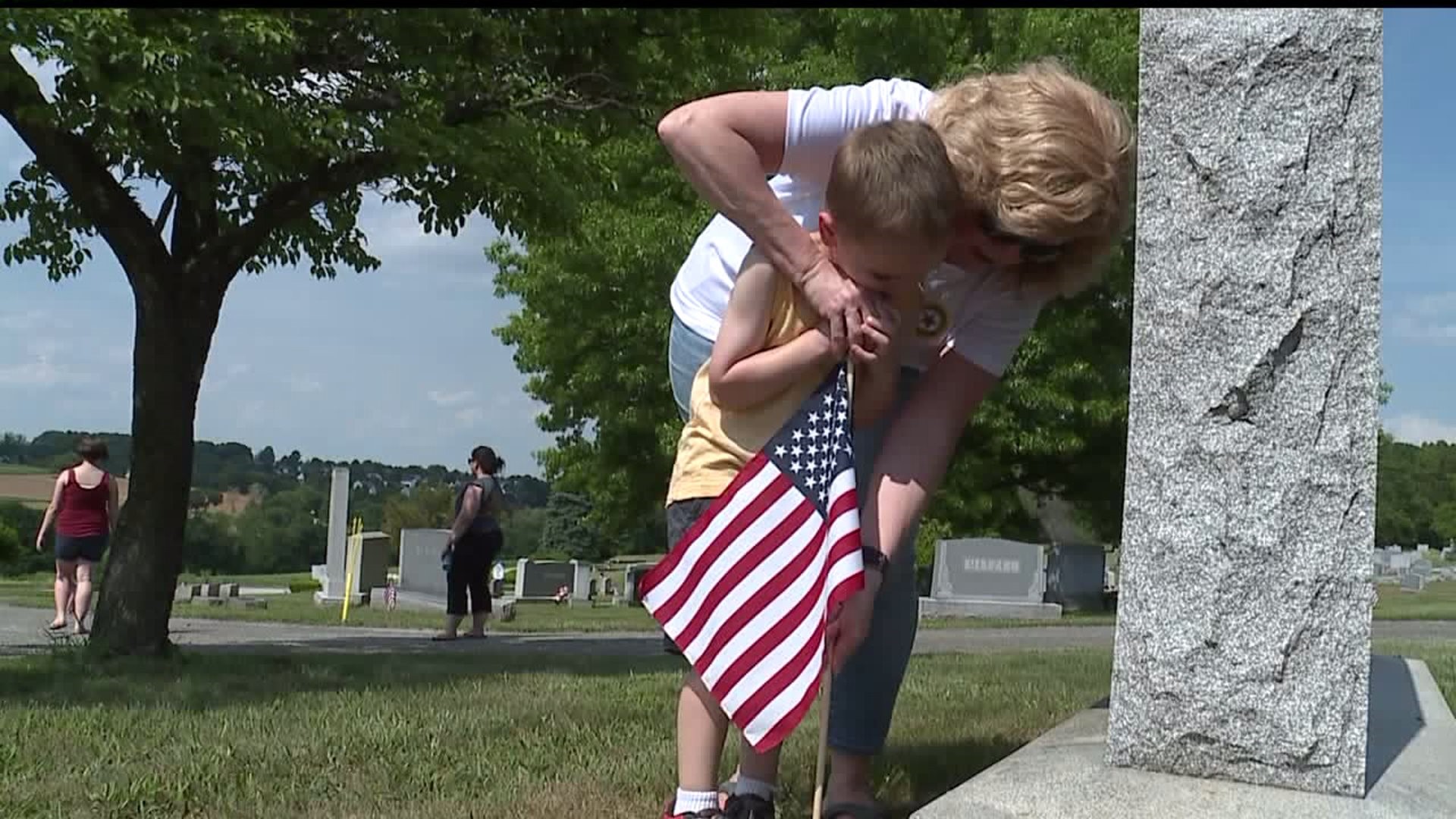 Each year, various veteran's organizations visit cemeteries across our area, commemorating those who fought for our freedom with American Flags.

"We take great pride in being able to come out and place the flags and honor them," said Cheryl Herman, Red Lion American Legion President.

Herman, her daughter, grandchildren and other volunteers from the Red Lion American Legion lay more than 1,000 flags at 14 different cemeteries across York County.

But Red Lion Cemetery in particular, has a very special place in her heart.

"My husband who was a Vietnam veteran, actually passed away 15 years ago and that was when we began taking on this cemetery because he`s buried here," added Herman.

"It definitely is a sense of pride and honor to be able to do that for him," added Herman.

With a list of names and a map marking every veteran's headstone in hand, not one service member is left out.

"We go over each out so that no one is missed," said Herman.

And the children join in, too.

Herman's daughter, Chanda Barley, brings her kids each year in hopes of teaching them life lessons.

"It`s nice to carry on the tradition of being raised to appreciate everything we have been given because of our veterans," said Barley.

Tradition is something Carl Hanlin, head caretaker at Red Lion Cemetery is familiar with.

Each year, he spends 10 hours a day for a week cleaning grave sites, ahead of the holiday.

"It`s not just about a long weekend, it’s not about a barbecue, it’s about those men and women who served our county and then some gave the supreme sacrifice and gave their lives for the country," added Herman.

All the flags placed on veteran's grave sites will be left up through July 4th.