HARRISBURG, Pa. — Even the presidential candidates are urging people to make sure they have their voices heard in this election. About 8.5 million people ... 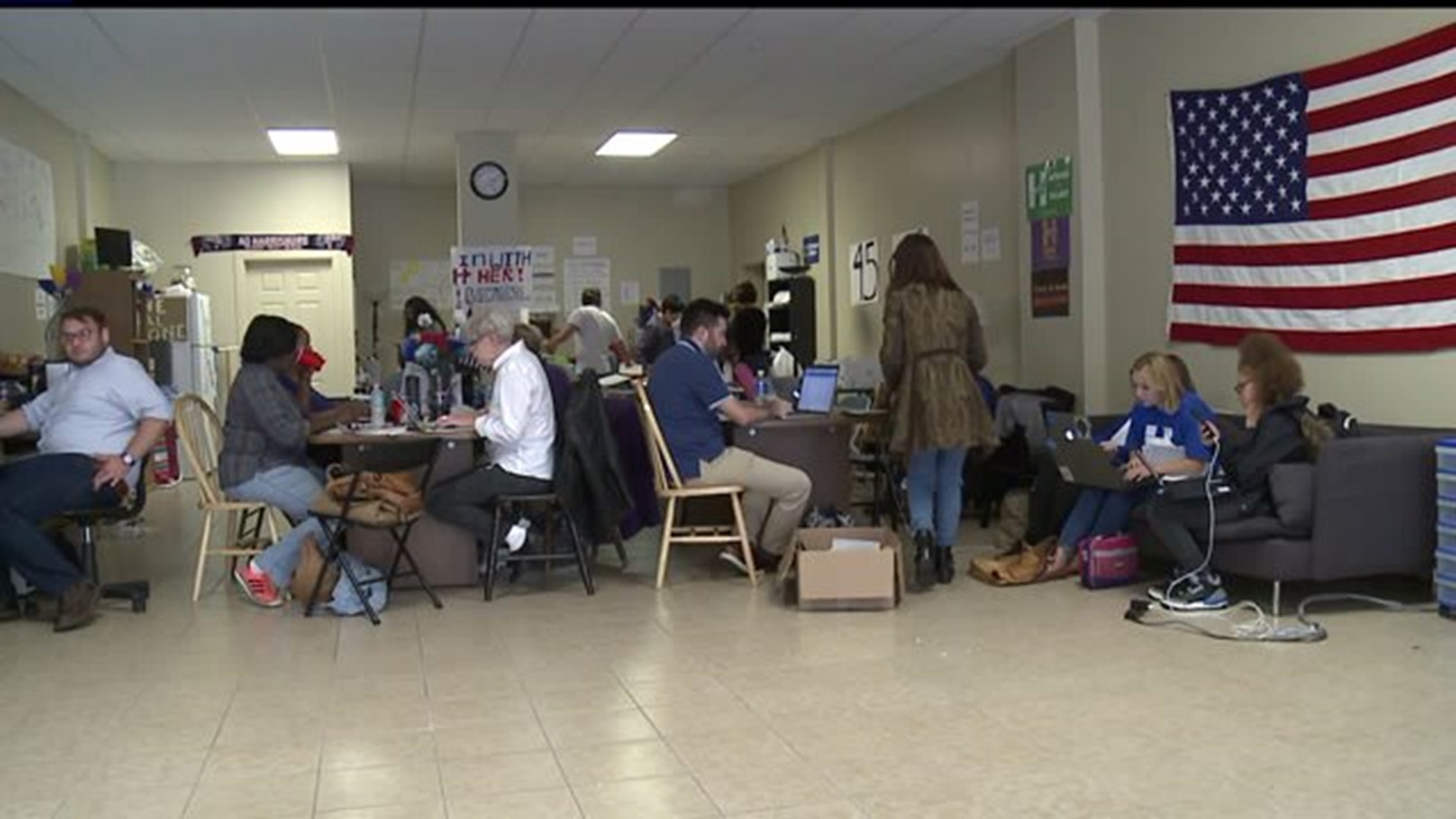 HARRISBURG, Pa. -- Even the presidential candidates are urging people to make sure they have their voices heard in this election.

About 8.5 million people are registered to vote in the state of Pennsylvania.

The presidential election is less than a month away, and both Democratic and Republican leaders are urging people to vote in Central Pa. Officials with the Dept. of State said the number of people who register to vote peaks during a presidential election year. But they said the importance of this year's election stands out above the rest.

Elaine Mandel, a volunteer with the Hillary Clinton campaign, said, "This is probably the most important of our lifetime - election of our lifetime. And if we want the Democrats to win we have to get out there and vote."

Lisa Vranicar, a volunteer with the Donald Trump campaign, said, "The stakes of this election are unprecedented. Mr. Trump stands for change. There's corruption that goes on continually in Washington, and he literally is going to turn Washington upside down."

But they said the first step is to make sure you are registered.

Vranicar said, "It's so important to get out there and vote. We have people coming in droves to register to vote."

Vranicar said, "He was a 90 year old man, came in and registered for the first time in his entire life because this election is that important to him."

Clinton campaign volunteers said it's important to have a say in who the next president is.

Mandel said, "Every vote matters, and it's not only a privilege but I think it's a duty to vote. If all the people say that their vote doesn't matter, if they all voted they could make a big difference."

The deadline to register to vote is Tuesday at midnight. To register, click here.