YORK, Pa. —  A crowd gathered in Harrisburg tonight outside the Jewish Community Center on North Front Street for a vigil. Of those people at the service,... 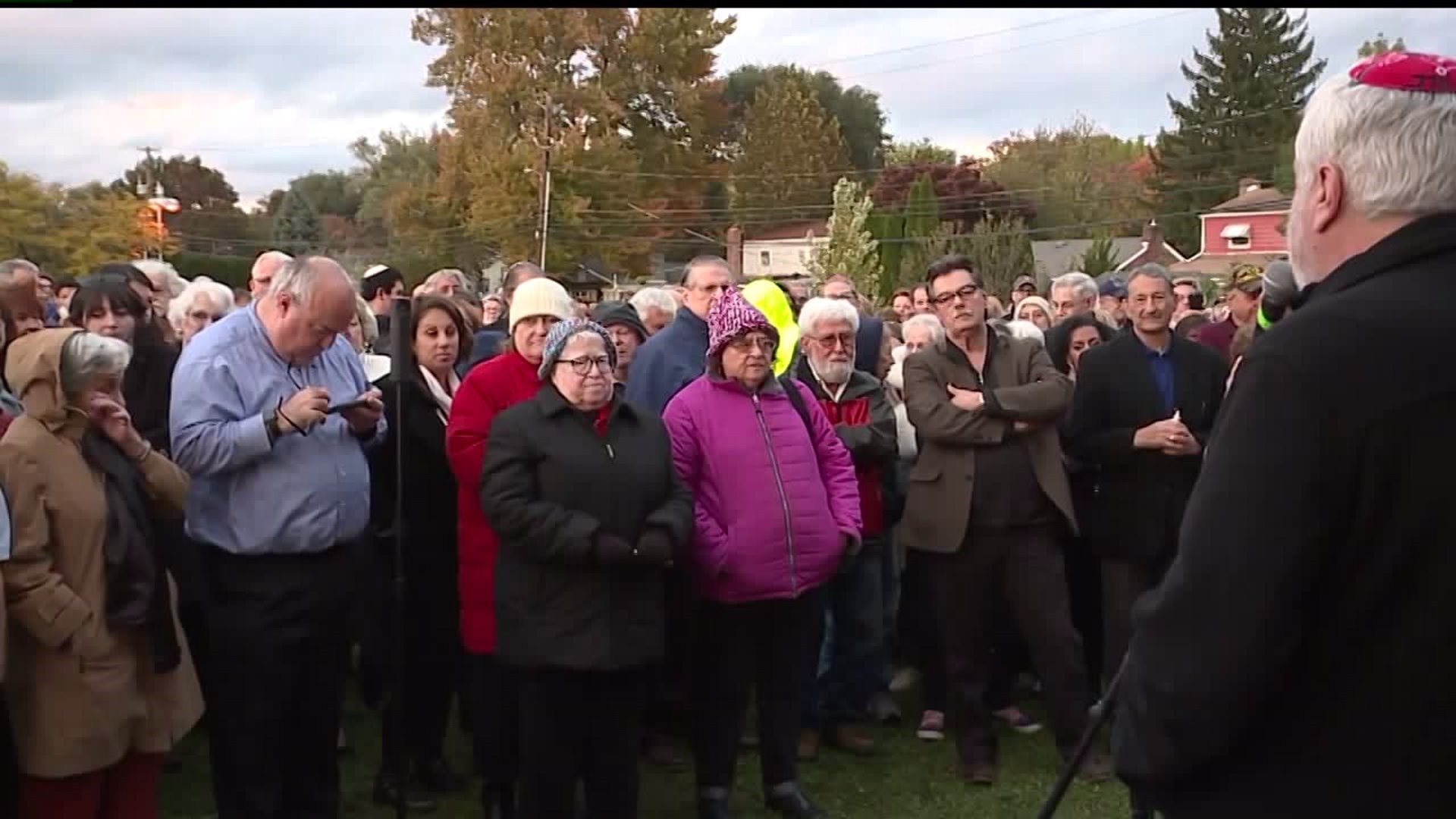 YORK, Pa. --  A crowd gathered in Harrisburg tonight outside the Jewish Community Center on North Front Street for a vigil.

Of those people at the service, some holocaust survivors and people with friends and relatives in Pittsburgh.

Members of the community lit candles honoring the victims of the Pittsburgh synagogue shooting.

People were led in traditional Jewish prayers and also prayers written since the tragedy.

Organizers say the vigil came together very quickly, but it was important that they held one.

"What's wonderful about tonight is whenever there's a hateful situation like this, it brings out the best people as well," said Jennifer Ross, president and CEO of the Jewish Federation of Greater Harrisburg. "We had to do something quickly because people wanted to come together of all faiths, not just members of the Jewish community, who certainly wanted to come together to mourn, but we had friends from the Christian, Muslim, and other faith communities."

Organizers of the vigil at say the best way to help the Jewish community right now is to donate to the families of the victims.

You can donate at https://jewishpgh.org/.