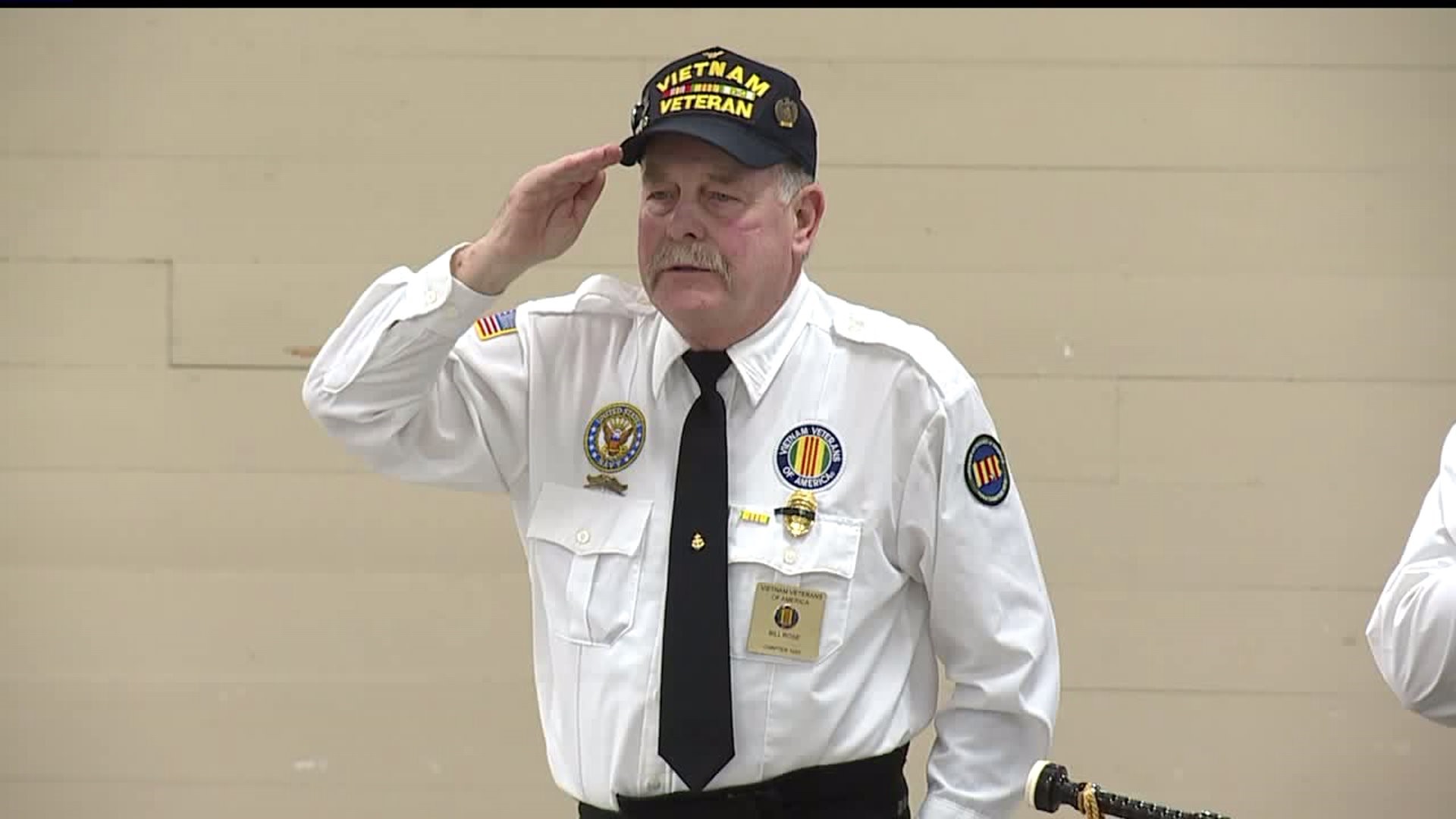 "I hope all the veterans take this day and enjoy the attention that they're getting because it didn't happen for so long," said Redding.

Redding, who put months of effort into creating the nationally recognized day last year, said his message for the day was encouraging veterans to take pride in their service

Veterans like Joseph Butler, who served in the Navy Construction Battlation in the Vietnam War, reflected on the difficulties of returning home after the polarizing war.

He said they felt abandoned by even some of their own peers.

"It was a shame the way they treated us. We're not doing that to these new Afghanistan and Iraqi war vets, we're welcoming them home," said Butler.

The veterans marched together to the Vietnam War Memorial at the York County Fairgrounds.

Butler said it's a moment they've longed for because each knows what the other went through.

"It actually brings tears to my eyes when I think about it. We're all brothers. Vietnam vets is a brotherhood. We've all been through the same war, we all know what it was like...How bad it was...It was the worst that could be worse...It was worse...Couldn't be any worse than what it was. We all went through Hell," said Butler.