GUILFORD TOWNSHIP, FRANKLIN COUNTY, Pa. – Cows being kicked, stomped, scooped up and carried away in tractors alleged to be happening at Martin Farms. Vid... 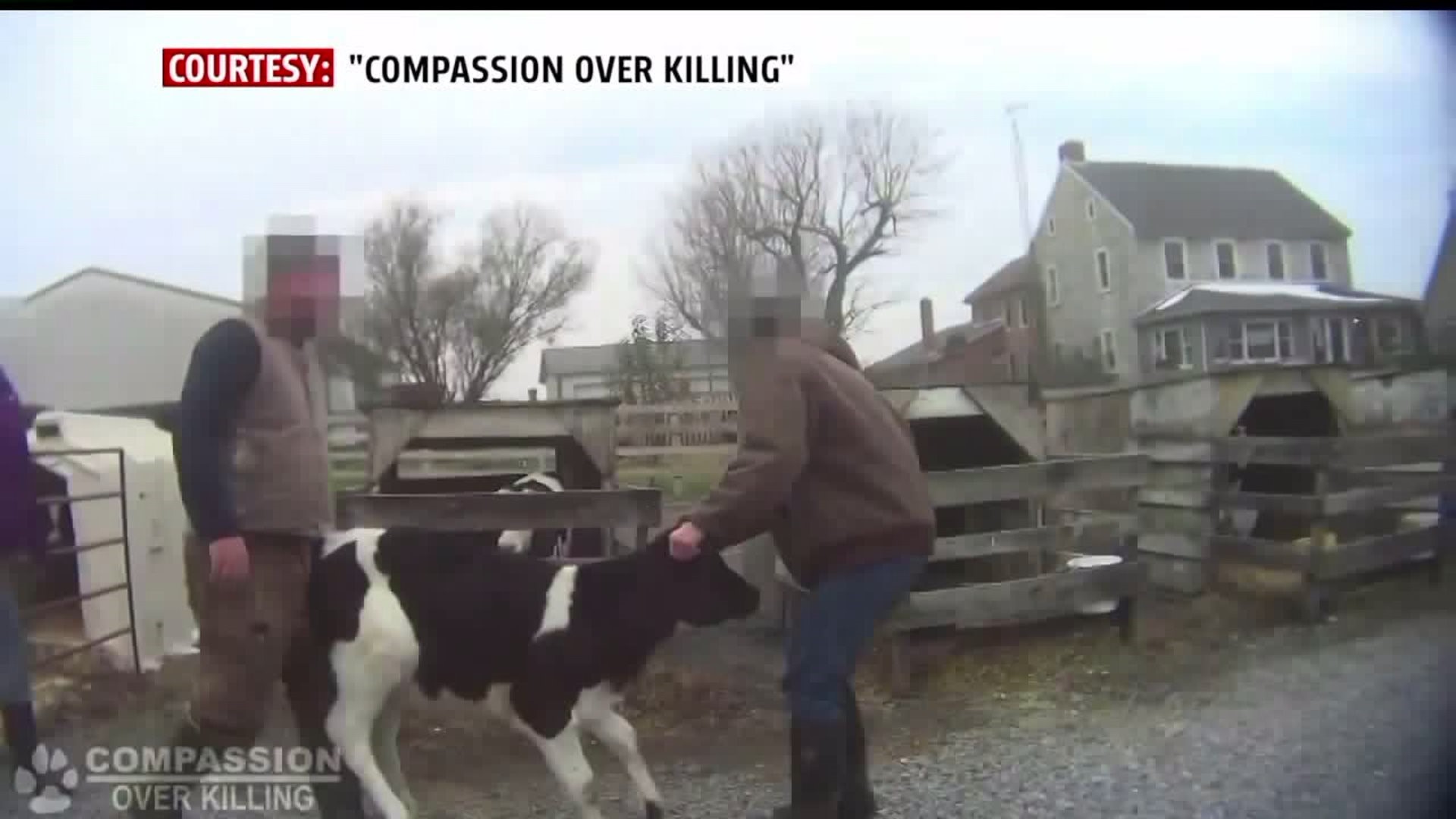 GUILFORD TOWNSHIP, FRANKLIN COUNTY, Pa. - Cows being kicked, stomped, scooped up and carried away in tractors alleged to be happening at Martin Farms.

Video of the alleged abuse was taken by an activist at Compassion Over Killing, a Washington D.C. based animal advocacy group. The woman wished to remain anonymous.  She says activist with COK take jobs at different farms to get an inside look into how animals are being treated.

"I personally witnessed a cow having her teat cut off of her while she was being milked and hanging out in the milking line," said the activist.

On March 7, Martin Farms was alerted that an undercover activist had recorded video footage, while she was employed by us, of animal mistreatment on our farm. We are appalled that these incidents took place on our farm. We take full responsibility for the activities on our dairy. We are disappointed that these actions were not immediately brought to our attention.

All employees shown in the video mishandling animals and not following our established Martin Farms animal care protocols have been terminated. We do not tolerate any animal mistreatment on our farm. We take great pride in our family farm and we are shocked that these incidents took place on our farm.

We have taken immediate steps to address management issues, and we are working to address other areas of improvement as outlined in the results of our Farmers Assuring Responsible Management (FARM) third-party audit. We believe in continuous improvement, and we are revising our existing monitoring and employee training protocols to determine where changes need to be made to prevent future incidents from occurring.

However, the activist says when she initially saw the abuse happening, she took her concerns to a manager on the farm and says nothing was done.

"The overall concern in that environment is just milk production and producing that product as fast as possible," said the activist.

The entirety of the video shot by Compassion Over Killing can be found here.