YORK COUNTY, Pa. — A West York Borough Police officer is being recognized for going above and beyond the call of duty. Officer Bridgette Wilson is in the ... 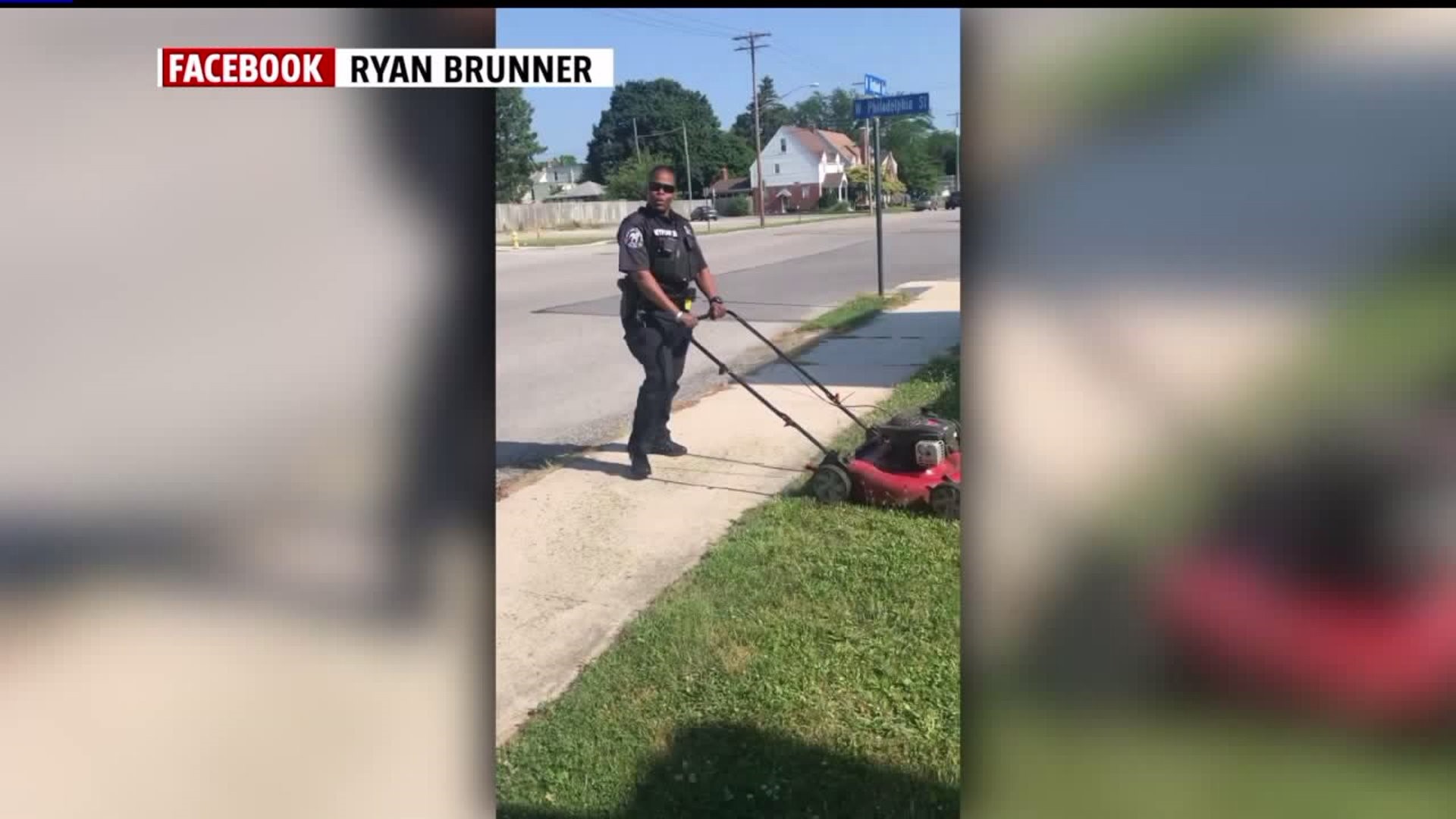 YORK COUNTY, Pa. -- A West York Borough Police officer is being recognized for going above and beyond the call of duty.

Officer Bridgette Wilson is in the spotlight after a video showing her mowing a York County woman's lawn on July 4 while on duty goes viral.

“She got out of the car and she started to come towards me and I didn’t know what she was going to do!" said Sharon Markle. “I thought what did I do?!" she added.

"She said I’m taking over and she grabbed the mower and started mowing the grass," said Markle.

Markle says she was struggling in the heat before Wilson jumped in to help.

“I’m like wow I couldn’t believe and I said are you sure and she said yeah go sit down! Your face is all flushed," said Markle. “I’ve never had anybody really do anything like for me just come in and take over, she’s awesome."

Markle says it was a blessing in disguise.

“I have like 75 percent arthritis in this knee that’s really been bothering me lately and some days are easier than others," she added.

“I thanked her and said do I owe you anything and she said just a smile and then she got in her car and drove away," said Markle.

She says the experience is humble reminder.

“There are good people out there that are willing to help," said Markle. “I’ll always be thankful to her.”

Officer Wilson was out of town and wasn't able to speak with FOX43 on camera, but she say me she believes protecting and serving takes many forms, adding this was just one that was needed that day.

Ryan Brunner, the man who took the video, was inspired by the story and has offered to take care of mowing Markle's grass for the rest of the summer.