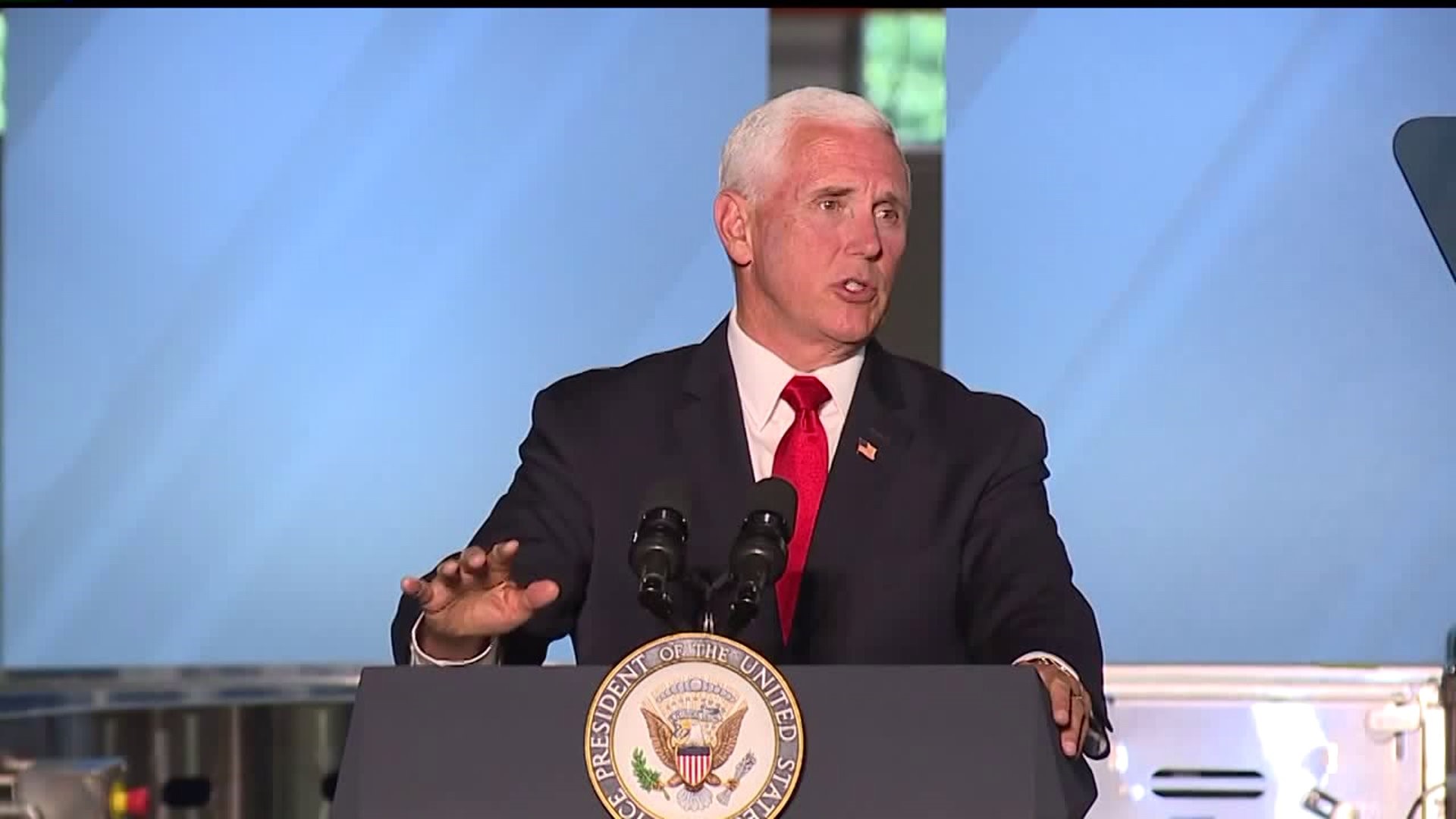 The VP toured a manufacturing plant in Springettsbury Township.

Pence spent a large portion of his time at JLS Automation talking trade.

Vice President Pence rang the bell at JLS, which signifies a new customer, before he took the podium and talked about the USMCA.

"Bottom line, the president and I have done our jobs Now, it is time for congress to do theirs. Pass the USMCA," said Pence.

If passed, supporters say the United States - Mexico - Canada Agreement or the USMCA would improve trade between all three countries and grow the U.S. economy.

"It minimizes trade barriers between our best trading partners, Mexico and Canada," explained Rep. Dan Mueser who represents people in Berks and Lebanon Counties. "It's a win for Canada. It's a win for Mexico, and it's a win for the United States."

"York County farmers and and York County manufacturers would really benefit from this," said State Senator Kristin Phillips-Hill, who represents the people of York County.

It would have a far-reaching impact on blue collar workers according to the¨Vice President.

"Truth is, the USMCA is going to impact what we believe more than 2 million American manufacturing jobs, Jobs that depend on exports to Canada and Mexico, including more than 42,000 jobs right here in the Keystone State," said Pence. "[Tell people], 'I ran into Mike the other day. He was in Pennsylvania, and he seemed awfully excited about the USMCA, and said it's going to make it possible for our company to keep growing.' Let your voice be heard and we will get the USMCA done this year!"