HARRISBURG, Pa. — The VFW is losing its battle for membership: nearly one million fewer members over the past 25 years. The organization prides itself on ... 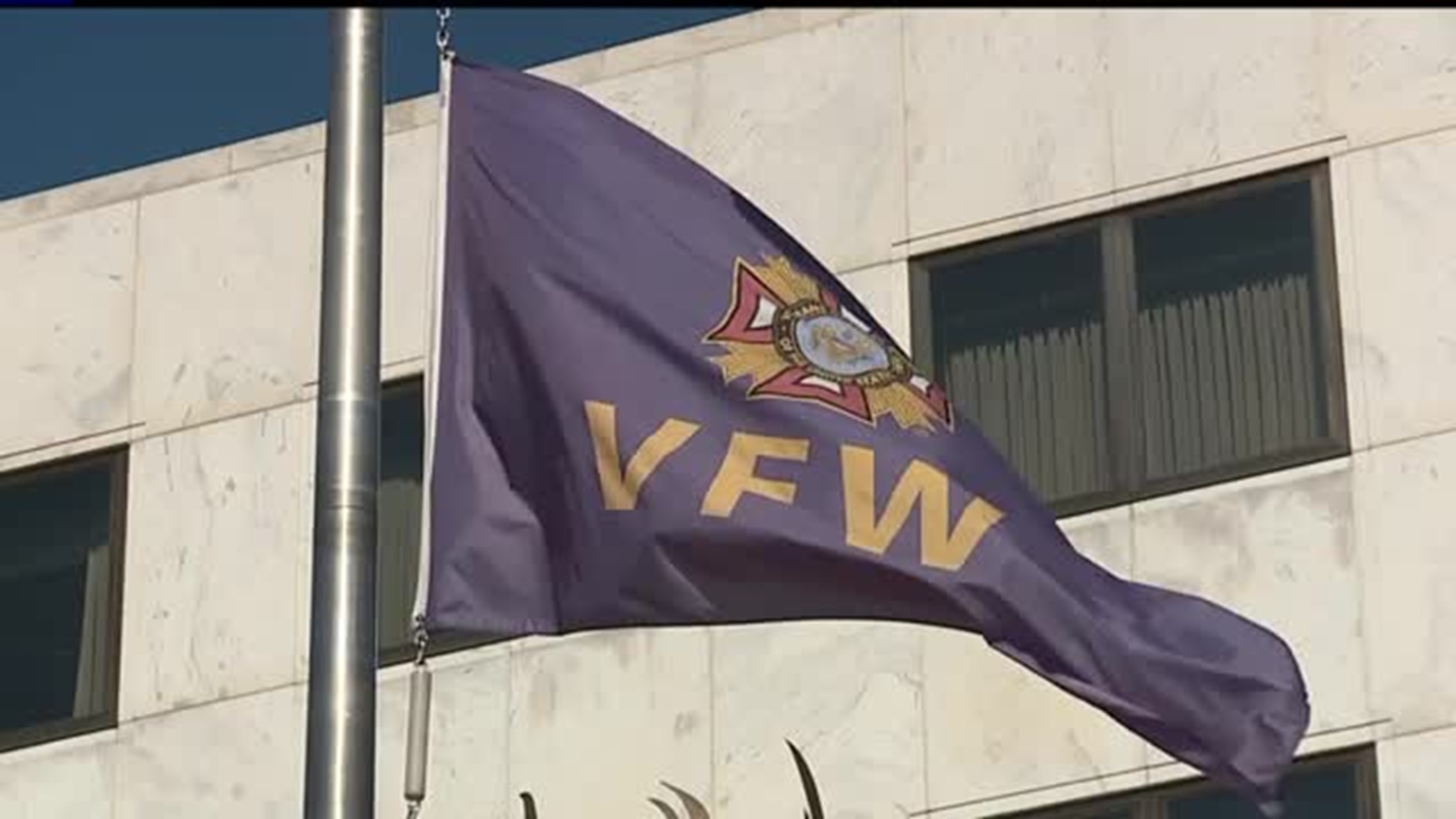 HARRISBURG, Pa. -- The VFW is losing its battle for membership: nearly one million fewer members over the past 25 years. The organization prides itself on its work and advocacy for veterans worldwide.

Leadership says it must change and recruit new members in order to stay relevant.

"The changes have paid off. with the new addition, the bathrooms, the parking out here," said James Snyder, William H. Saylor Post 34 Commander.

Snyder explains how Post 34 has evolved over the years in Perry County.

"That's the things you really got to look to put improvements into your VFW. You've got to show people you care," he said.

Post 34's a VFW success story, the organization as a whole a prominent veteran-based institution.

VFW's are made up of veterans who've served overseas and in harm's way, their families, and social members.

Part of the VFW mission is helping veterans. Now, it also needs to challenge stereotypes.

"Some people think all we do is sit around, and smoke cigarettes, and drink beer in a stinky, old, smoky ballroom, but that's not it. That's not us," said Pennsylvania's State Commander Dwight R. Fuhrman.

Fuhrman rose up through VFW ranks, holding positions at local and district levels, to now as state commander.

Sure, Joining your local post may come with social perks like inexpensive drinks and a spot to kick back.

The VFW is so much more than a social club, though. Pennsylvanias Adjutant Auartermaster John Getz says navigating the veteran's benefits system can be difficult.

"They might be suffering from Agent Orange or Gulf War Syndrome, and they have no idea there's something out there that can help them," said Getz. "We got 900-thousand veterans in the State of Pennsylvania, and a lot of them do need help."

Veterans received billions dollars in benefits every year. A system that big can get cumbersome.

Thanks to the VFW, many veterans have benefits they otherwise wouldn't. Fox 43 took a trip to VFW headquarters to find out how leadership lobbies for funds.

"Our birth goes back to 1899 from the Spanish American war to the Philippines," explained Joe Davis, VFW Communication's Director. "We're the Veterans of Foreign Wars of the United States."

Davis is an Air Force veteran and life member.

It's fitting VFW headquarters is located in Washington D.C., even more so, just a walk away from Capitol Hill, because this organization fights for veterans and fights for what they deserve.

Once the VFW secures benefits, dedicated service officers connect veterans with the support, free of charge.

"We got to pass the torch onto our younger vets, and we need to do that quickly," said Pennsylvania State Commander Furhman.

Fuhrman says fewer veterans than in years past are joining.

The VFW's having difficulty recruiting veterans from Desert storm, Desert Freedom, The War on Terror, and other recent theaters.

"They'll be great leaders in the VFW as they were in the military," added Furhman.

By joining, leadership says veterans get to discover and dig for benefits that they deserve.

"They don't quite understand why we exist or what we're here for and why they need us, and honestly, they need us," added Getz.

'We're different from my great grandfathers VFW, my grandfather's VFW, my fathers. We're continually evolving because of the new ideas, the new people, the new youth that's coming into our organization," said Davis.

Inside the modern post, still a few drinks and definitely generations of veterans having a laugh. Beyond it? The backbone of many local communities and the help some veterans may even not know they have.

Veterans transitioning out of the military, looking for employment opportunities, or who need help filing a claim, the VFW has trained service officers free of charge who can help.