MIDDLETOWN, DAUPHIN COUNTY, Pa. – On this Memorial Day, a new I.P.A is released at 20 veteran-owned breweries across the state. The new beer on tap is a w... 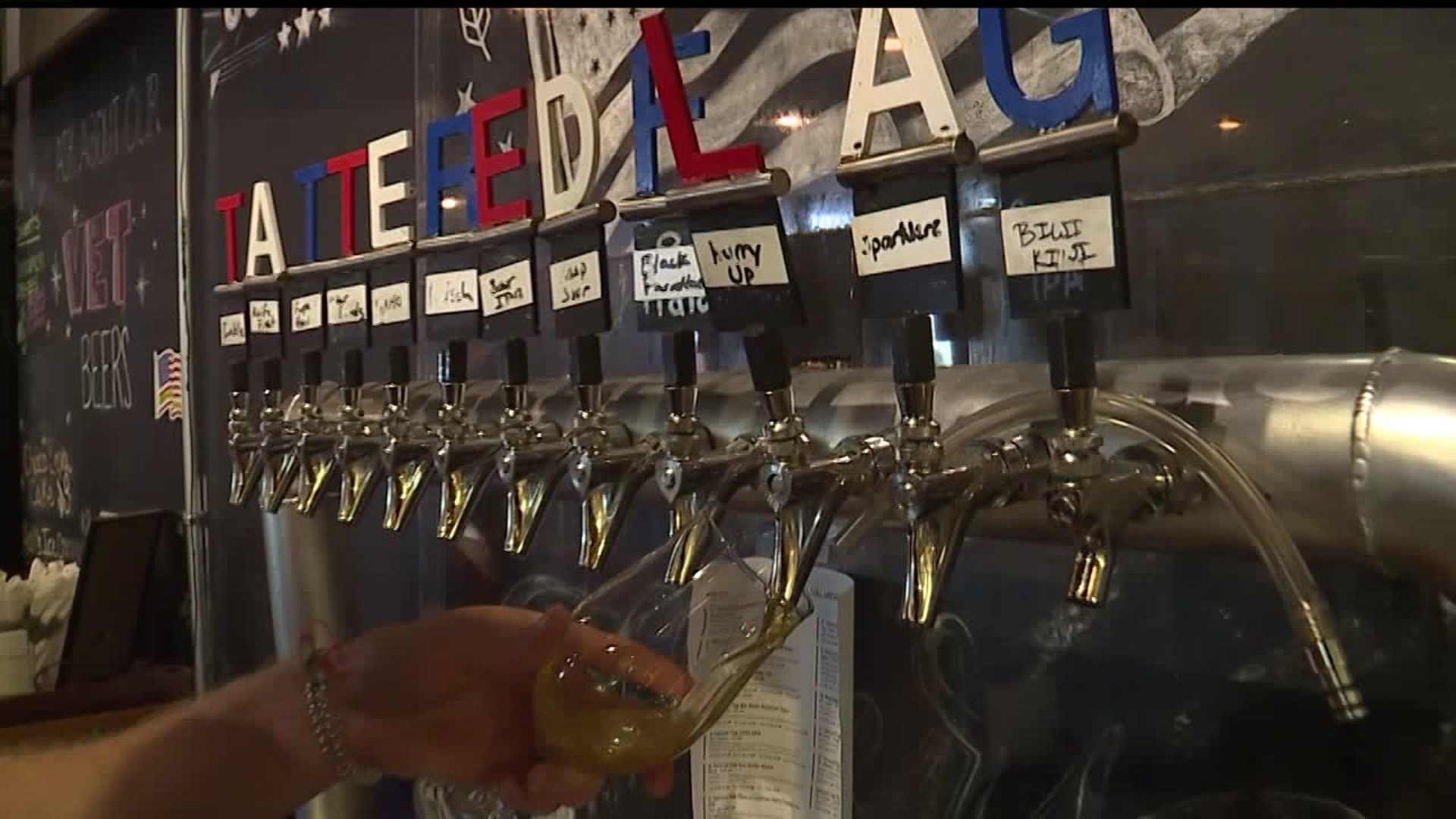 MIDDLETOWN, DAUPHIN COUNTY, Pa. - On this Memorial Day, a new I.P.A is released at 20 veteran-owned breweries across the state. The new beer on tap is a way to remind people of the true meaning of Memorial Day.

The new IPA is called 'Hurry up and Wait.' It's described as an easy-drinking, juicy IPA with a lot of tropical and citrus fruit flavors. Veteran brewery owners came together to come up with the perfect recipe. What may seem like a fun thing to make, sell and drink actually has a much deeper meaning than the celebration of a 3-day weekend.

"We want to bring a little more attention to what this weekend means and that's those that aren't with us anymore," said Patrick Devlin, USN Veteran and Tatter Flag Brewery Co-owner. "Those who have given the ultimate sacrifice and have paid that debt to America."

A portion of the money made from the IPA will go to the PA Veterans Foundation to provide assistance and support to veterans and their families.

Below are the PA veteran-owned breweries selling the 'Hurry Up and Wait' IPA: