GETTYSBURG, Pa. — A local veteran is now the proud owner of a custom wheelchair, presented to him on Monday by Gateway Gettysburg.  The hotel and entertai... 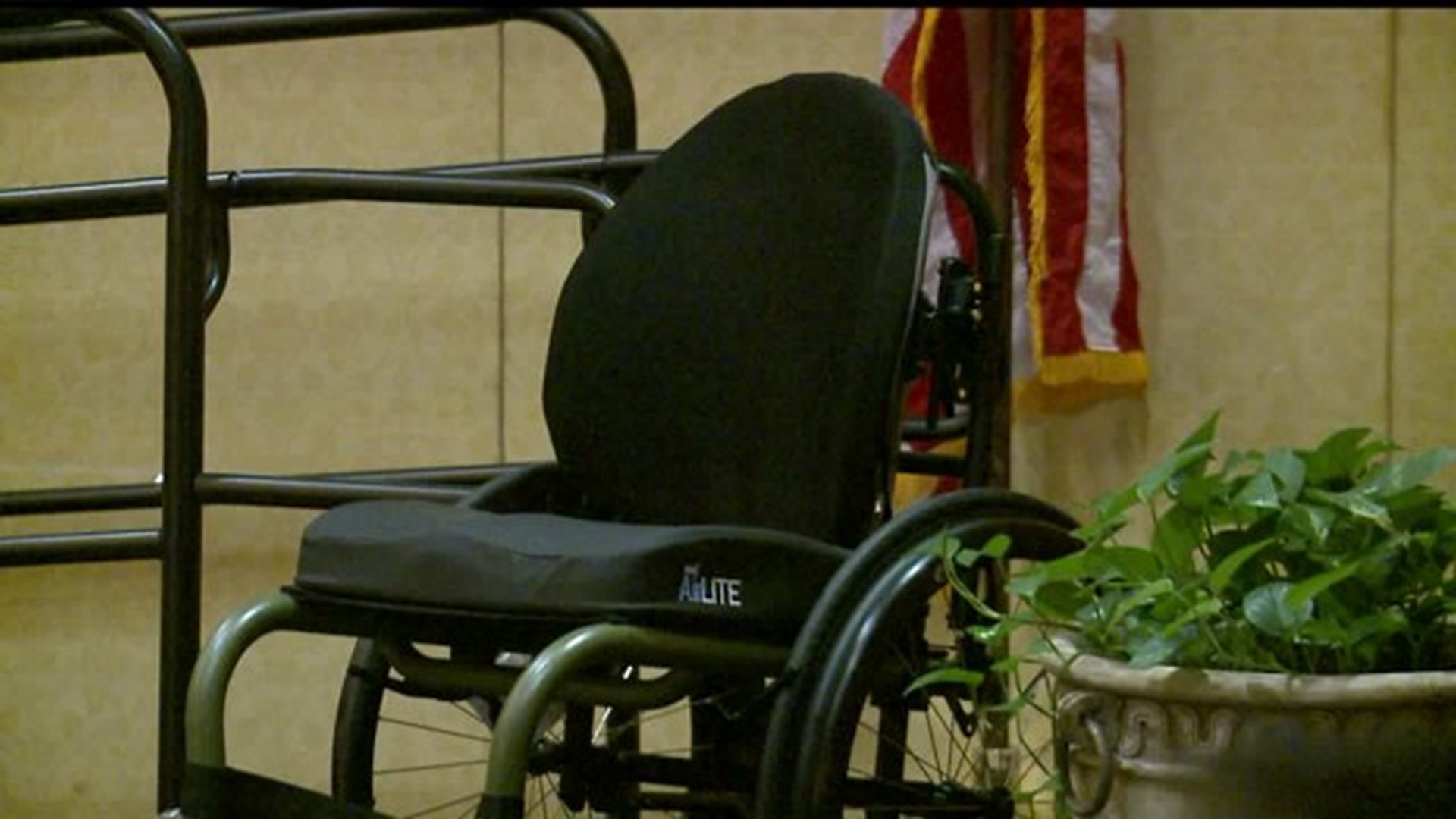 GETTYSBURG, Pa. -- A local veteran is now the proud owner of a custom wheelchair, presented to him on Monday by Gateway Gettysburg.  The hotel and entertainment complex presented Bob Bemis with a customized Rogue wheelchair.

Bemis served with the U.S. Marines for six years, from 1986 to 1992.  After leaving the Marine Corps, he served 24 years as a Pennsylvania state trooper.  In 2015, Bemis was struck by a car while assisting a motorist with a vehicle fire on the side on Interstate 81 in Schuylkill County.  After multiple surgeries, he was able to return to work, but with limited mobility.

Gateway Gettysburg became aware of Bemis' story and held a number of fundraisers to purchase the custom wheelchair for him.

"It actually allows me to enjoy more activities with my family," said Bemis.  "The chair makes it much easier for me to keep up with them."

Bemis retired from the state police force in January, as a sergeant.  He now lives with his family in Hummelstown, Dauphin County.