More and more people are giving up their tobacco filled cigarettes for flavorful electric cigarettes or vaporizers.  But could the switch cause more harm?  The ... 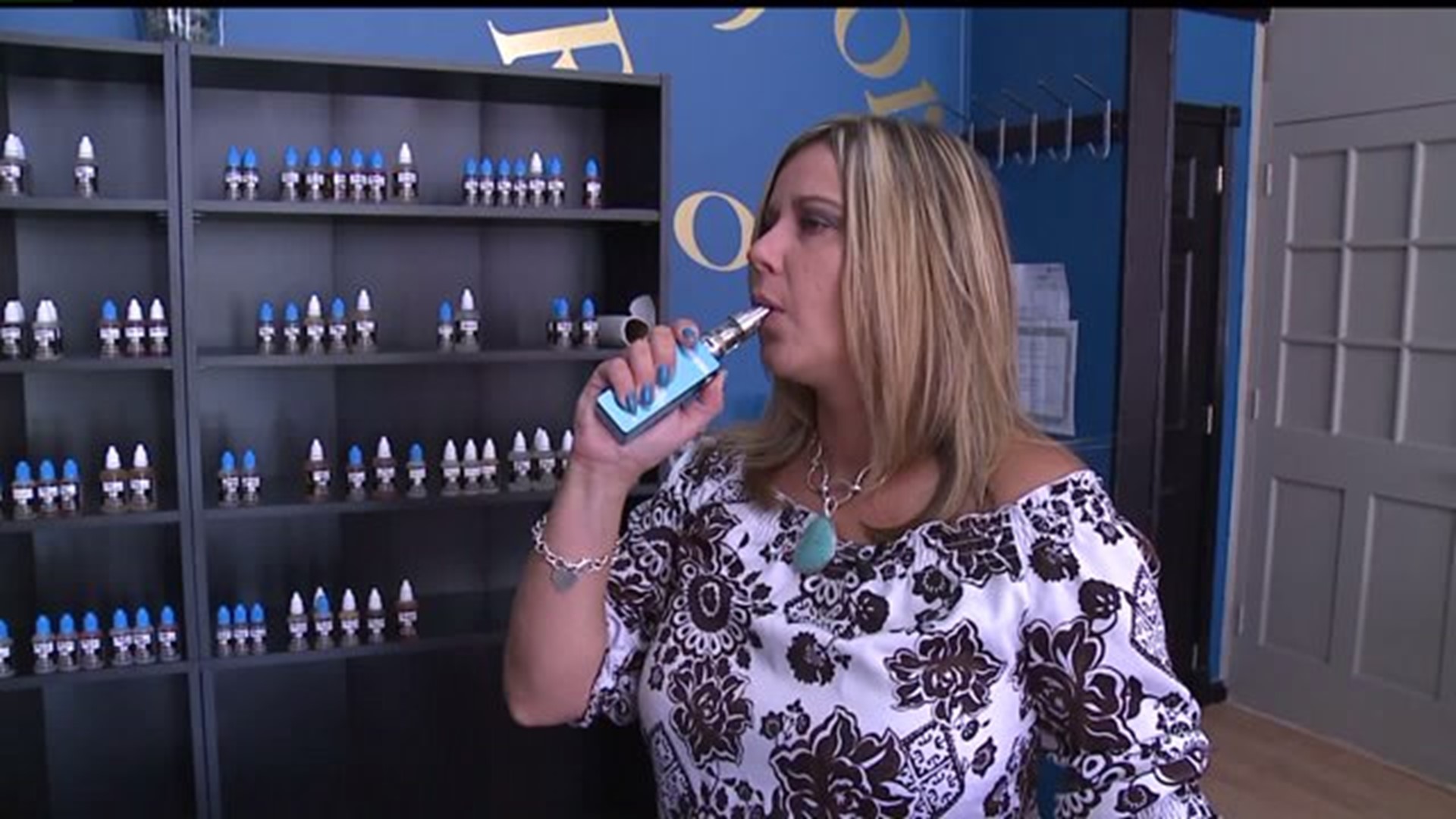 More and more people are giving up their tobacco filled cigarettes for flavorful electric cigarettes or vaporizers.  But could the switch cause more harm?  The U.S. Food and Drug Administration thinks so, which is why they're planning to place regulations on the E-cigs.

Karen Mobley's vaping business has been bustling since she opened her shop in Red Lion a year ago.

She says, "I think a lot more people are getting into it because of the health benefits that we have found in the vaping industry.  People are switching from smoking cigarettes to vaping and it's less expensive."

Mobley says vaping helped her quit smoking cigarettes, and there are options.

But the variety of vapor flavors is one of the reasons why the FDA is planning to place regulations on them.

Dr. Karen Rizzo is the President of the Pennsylvania Medical Society.  She says, "The bridge is moving in the opposite direction now.  It's enticing young people to try smoking and perhaps with enjoyment they're moving onto cigarettes which is not what we want to see happening."

"Less than 18 years of age you can't purchase in the country, and whether that's through the Internet or other options in the mail, needs to be scrutinized," says Dr. Rizzo.

Mobley says, "All of my products have child proof caps on them. Yes they are desirable flavors to a child but parents need to parent.  To put this away and keep it out of reach of children.  They can get into your cleaning products, liquor cabinets.  There's sweet tart vodka out there."

Mobley already prohibits those under 18 from buying her products.  She's concerned Government regulations will destroy her business.

Mobley says, "Trying to impose a 40% tax is going to kill small businesses, it's also going to kill the huge wholesalers we have in the US that employ a lot of people."

Mobley says the move would potentially cause more harm in the long run.  "If they put these restrictions, people are going to China- you don't know what's in the e-liquid," says Mobley.

Dr. Rizzo says vaping can still cause long-term harm to your health.  So although there's not tobacco in it, you're still inhaling vapor which can irritate the lining of the throat, vocal chords and lungs.