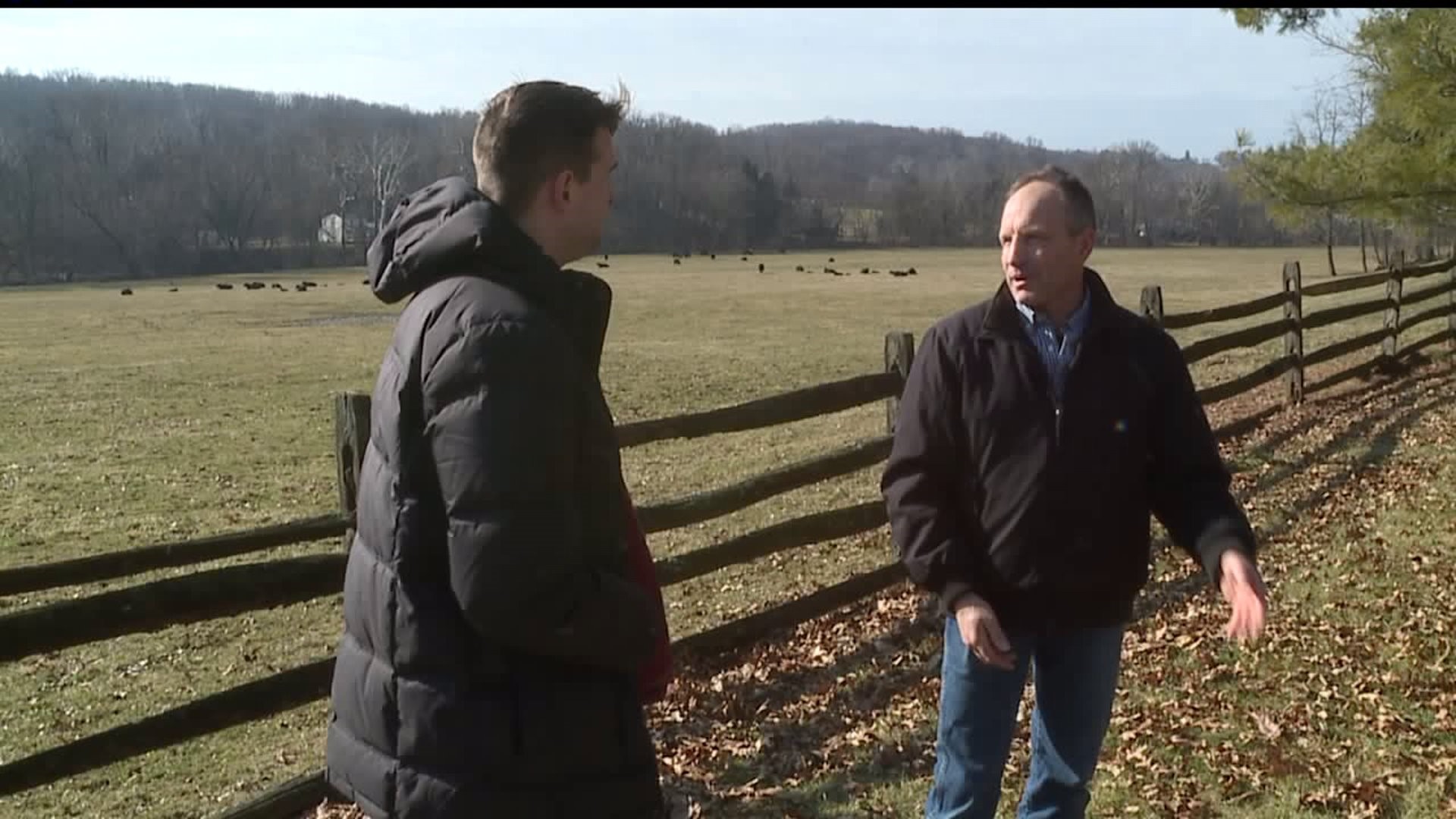 "It's a forecast, which I think they use it to help bankers and ag lenders- like what's the long term? Are we on an uptrend or downtrend kind of thing? But as an individual, I read that and think what's new?" said Hershey.

He said farmers saw a boom in the beginning of the decade, due in part to the decision to use corn crops for ethanol.

Demand for the crop went up, as did supply.

"After a while, the increased supply outstrips demand and now we're on the latter part of the decade," said Hershey.

He said luckily for Lancaster County farmers, a lot of their egg, poultry and swine is produced on a contract basis, which he said helps them stabilize their income when their cash crop loses value.

"Commodity prices are down...We can ride it out. We just don't have the little bit of extra," said Hershey.

Unfortunately for Lancaster County dairy farmers, like Lisa Graybeal, who is also the chairman of the county Agriculture Council, said they're having a harder time riding the difficult times out.

"We've been saying that now for going on four years. And after a while, it's really hard to tighten the belt any more," said Graybeal.

She said 2018 is bringing near-historic lows in milk prices with a lower demand for milk from the public.

With increasing input costs, such as property taxes, feed and regulatory costs, she said dairy farmers aren't seeing the same from their output.

"It's very difficult now for farmers to catch up. And if there's any particular amount of debt or anything like that, there are going to be farmers in trouble," said Graybeal.

She also says the downturn in the dairy industry is having a residual effect across the industry.

"Farmers aren't purchasing equipment; instead of treating animals and spending money on medicine and veterinarians, they will tend to sell them; they may end up laying off labor and not rely on custom help and try to do more on their own; farmers will not build or make any improvements...cows are bringing very low prices now, and again, dairy farmers aren't purchasing replacement animals, right now," said Graybeal.

She said the only fall back option for dairy farmers is if they have the opportunity to diversify, such as growing different crops like tobacco.

Otherwise, she worries some dairy farmers will sell their farms this year.

"That is an extremely difficult thing to do and so I think farmers hang on as long as they can. I think the last straw is to sell the farm," said Graybeal.

According to the Lancaster County Agricultural Preserve Board, from 2002-2015, 10,000 acres of farmland switched to non-agriculture uses.

However, over that same time, 36,000 acres of farmland was preserved for agriculture uses only.