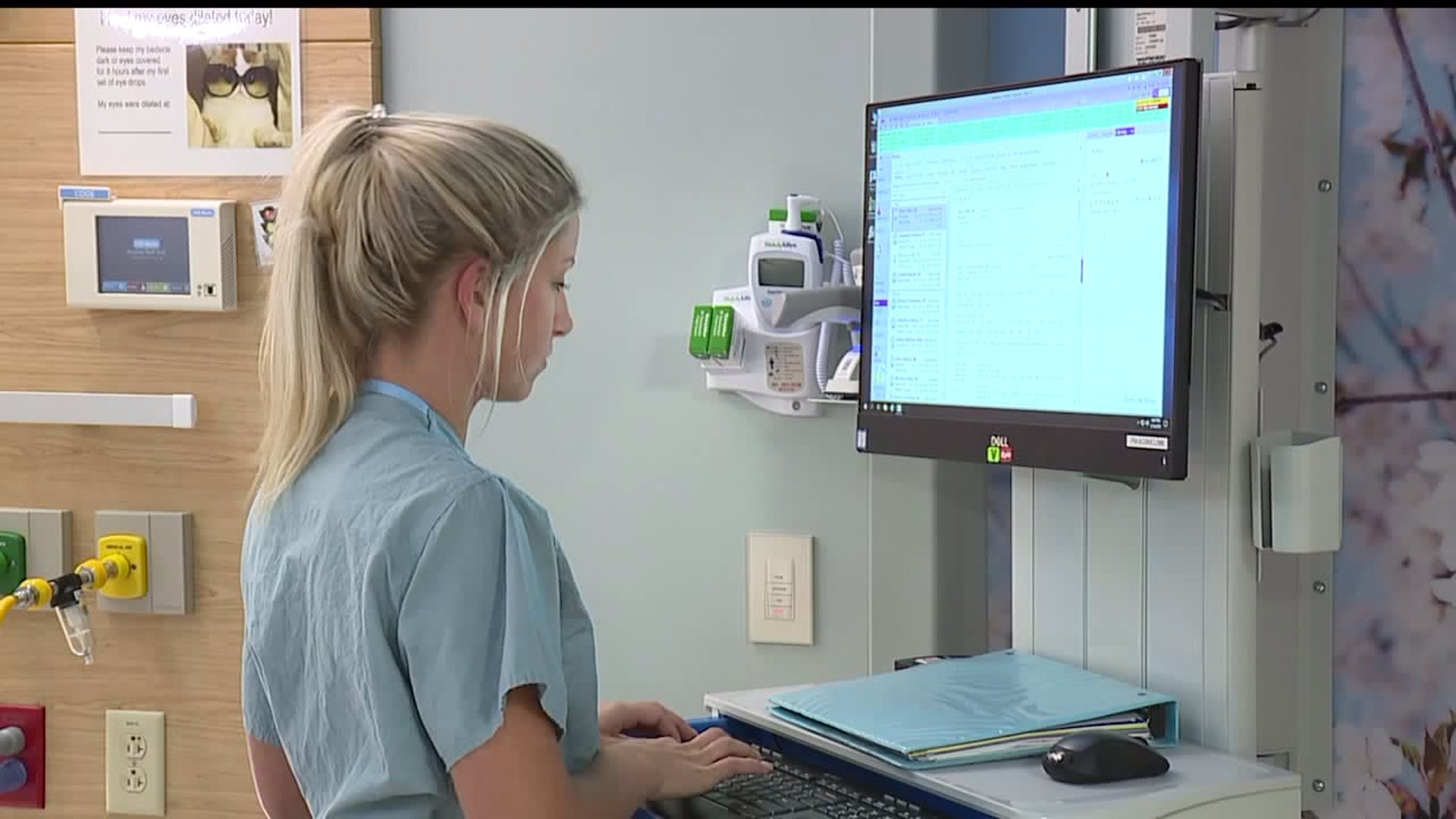 Archambo, of Enola, was 27-weeks pregnant when she woke up one morning and saw blood.

I kept thinking I’m not going to hear her heartbeat when we get there. She’s gone. I lost her," said Archambo.

Hooked up to monitors at the hospital, she heard the heartbeat.

Not knowing she was in labor for a week.

Archambo had a placental abruption, where her placenta separated from the uterus.

After being in the hospital for four days, she gave birth to Peyton; two pounds, two ounces.

"I'm watching what she’s (Peyton) doing, growing everyday and essentially a miracle. She’s two pounds and she's fighting to live everyday and I said, I want to take care of those babies and I want to work with those women," Archambo says.

Archambo was a cardiovascular nurse before Peyton was born.

Watching doctors and nurses work so well together inspired her. So much that, nine months later, instead of having a baby, she had a new career. Working in the NICU at UPMC Pinnacle.

“I wanted someone to look at me and say hey, this is what my preemie looked like when she was born. This is what she looks like now and its going to be okay," said Archambo.

Peyton is now 3-years-old and she loves to...

Peyton spent the first 98 days of her life in the NICU. Having several alarms go off, extending her stay, and that’s where Holly can relate.

“When they’re crying and their baby can’t go home yet and I’m sitting there talking to them, saying listen, I was there. I get it. I know it's frustrating and we call it the NICU rollercoaster. There’s ups and downs and you never know whats going to come next. So, I feel like I have a little bit of a special connection with them. Just because, I literally was there," said Archambo.

"She can now relate to that mom and not only speak from the clinical perspective but it’s a more personal level that she can connect with that mom. UPMC Pinnacle Harrisburg’s NICU is just a special and unique place to work and Holly is just one example of the uniqueness and the inspiration we have inside the walls of our unit," says Stephanie Martin, Nurse Manager.

“I love my job. I couldn’t imagine doing anything else," said Archambo.