YORK COUNTY, Pa. — Some drivers are not happy about the bumps on a stretch of Interstate 83. Some fear the road is so bad it’s now a safety concern.... 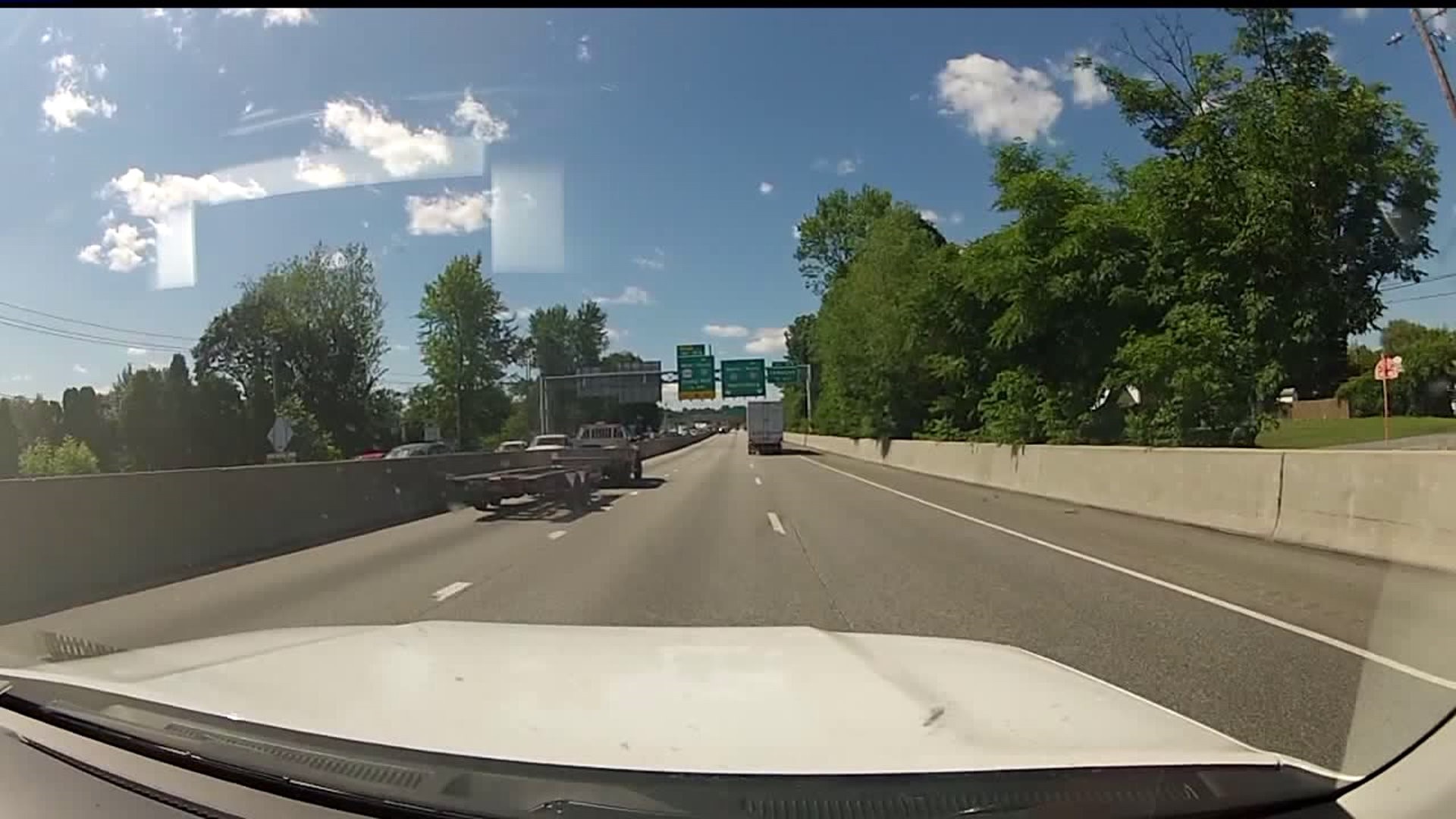 YORK COUNTY, Pa. -- Some drivers are not happy about the bumps on a stretch of Interstate 83.

Some fear the road is so bad it's now a safety concern.

There is a single bump sign along a portion of I-83 North in Fairview Township, and some drivers who've had to grip their wheels and hang on tight don't think one is good enough.

"My concern is of moms and kids driving along the road and a fatality happening," said Jeanne Tate of Fairview Township.

She's talking about some uneven road near the I-83-Route 581 split that is making for a rough commute.

"I was on my way to work, and I hit it, and it sounded like an explosion," explained Tate.

Tate drives trucks for a living; she takes Interstate 83 just about every day.

"[The other day] I saw five other cars on the side of the road, two of the people checking under with their tires, a police officer, and two tow trucks," said Tate.

One viewer sent us photos - his tire blown out in three places all because of the bumps.

"There have been two... I call them ditches. They're not potholes. They're actual ditches, and it's been getting increasingly worse," added Tate.

Hempt Brothers Inc. a contractor for PennDOT is repairing and resurfacing 1.3 miles of the road there.

"I don't understand how someone whose in charge of fixing that can walk away with that issue there, knowing how busy this is, knowing how many accidents we have on this stretch of the road to begin with," said Tate.

"It really is a dip, so we have a dip in the roadway," explained Mike Crochunis, a spokesman for PennDOT. "If you have a low profile vehicle, you could bottom out... so just be mindful. Take it slow."

If your car is damaged, and you believe the state is at fault, Crochunis says give PennDOT a call or you can file a claim online.

The Commonwealth's Bureau of Finance and Risk Management aka FARM decides what claims should be paid, and according to information posted on PennDOT's website, it's not associated with PennDOT.

"Any information you could have is great - the location, the time of day, where you were, what was going on around you, was their an incident ahead, and you needed to take evasive action and you hit the guide rail, whatever," said Crochunis when asked about what should be in the report.

PennDOT officials say the bumpy stretch on I-83 northbound should have been paved Thursday night; however, the rain stopped crews.

They're not sure when it will be fixed now, but say it should be very soon.