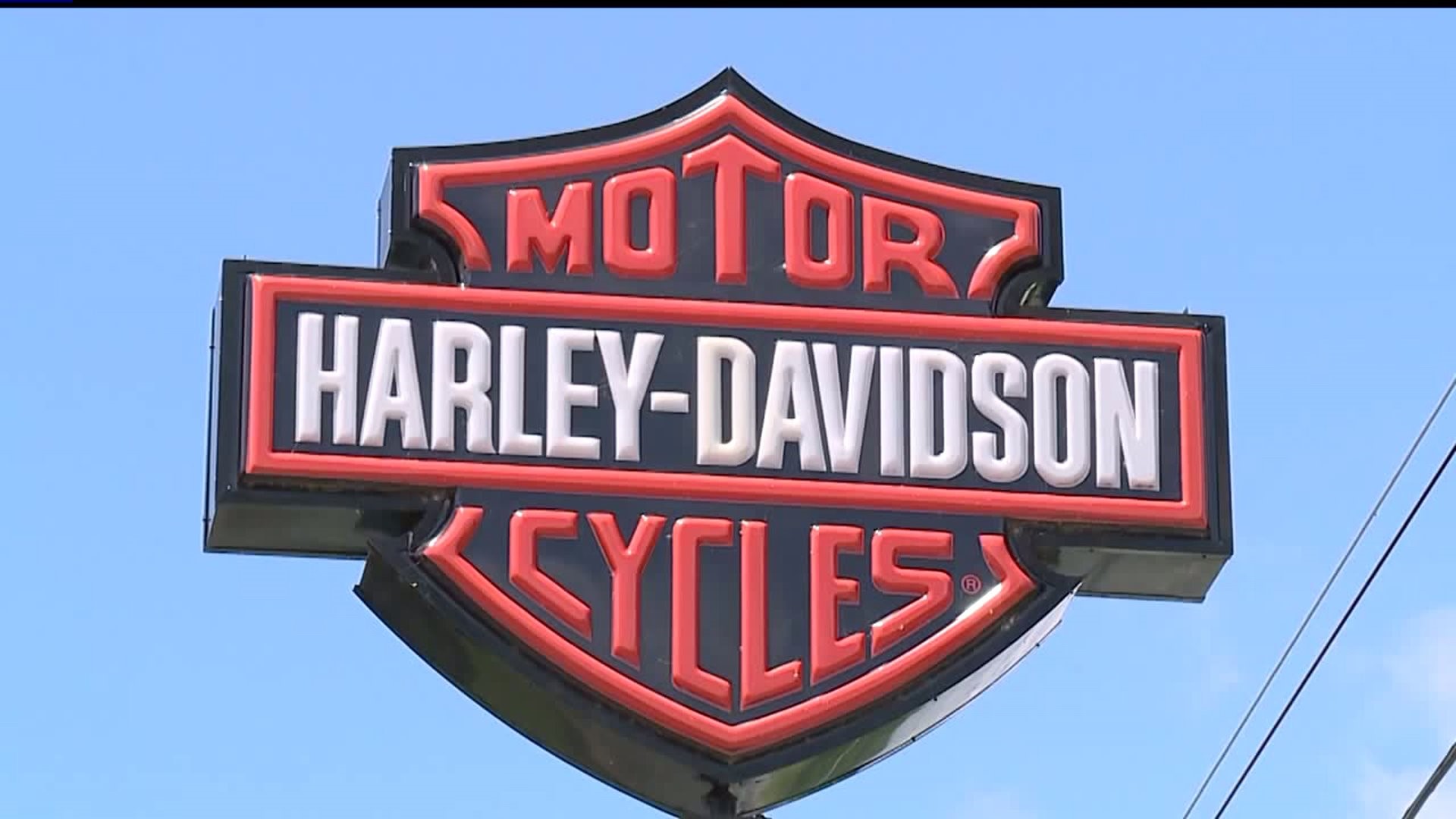 SPRINGETTSBURY TOWNSHIP, YORK COUNTY, Pa. --- The cost of production is revving up for Harley Davidson.

On Friday, European Union tariffs on Harley Davidson motorcycles exported from the U.S. rose from 6 percent to 31 percent.

This coming as part of retaliation on U.S. tariffs imposed on European steel and aluminum.

In light of that, the company is seeking changes to help keep dealers afloat while offsetting the tariff burden on customers.

"Trade wars tend not to be good and they have a lot of unintended consequences and I think this is one of them," said Kevin Schreiber, president and CEO of the York County Economic Alliance.

In a filing with the U.S. Securities and Exchange Commission (SEC), Harley Davidson says it will not raise suggested retail or wholesale prices, in order to help dealers stay in business.

However, it plans to shift the production of motorcycles for European destinations away from the U.S. to international facilities to escape the tariff burden.

Schreiber says it's still too soon to say what this means for the York-based manufacturing plant that employs roughly 500 workers.

But he adds uncertainty can be equally concerning.

"Injecting any kind of uncertainty or instability in the market is not good for our economy and this is evident right here in the Harley Davidson announcement," said Schreiber.

Kerry Egan, a Harley rider from Lancaster County, said the decision is "frustrating."

"Being a local Pennsylvanian and having the Harley plant right in York, my first reaction is it's a disappointment," said Egan.

As a business owner, herself, she said she understand why Harley Davidson is making this decision.

"It's hard to be an intelligent person making business decisions and keep things here when you then can't keep the price point where the customers expect it to be," said Egan.

Local union leadership tells FOX 43 News they haven't heard of any impact on employees at the York plant, to this point.

In January, Harley Davidson announced a consolidation of a Kansas City, Missouri plant, bringing an estimated 450 job to the York plant.

Schreiber said it is unknown what impact the trade war could have on that plan.