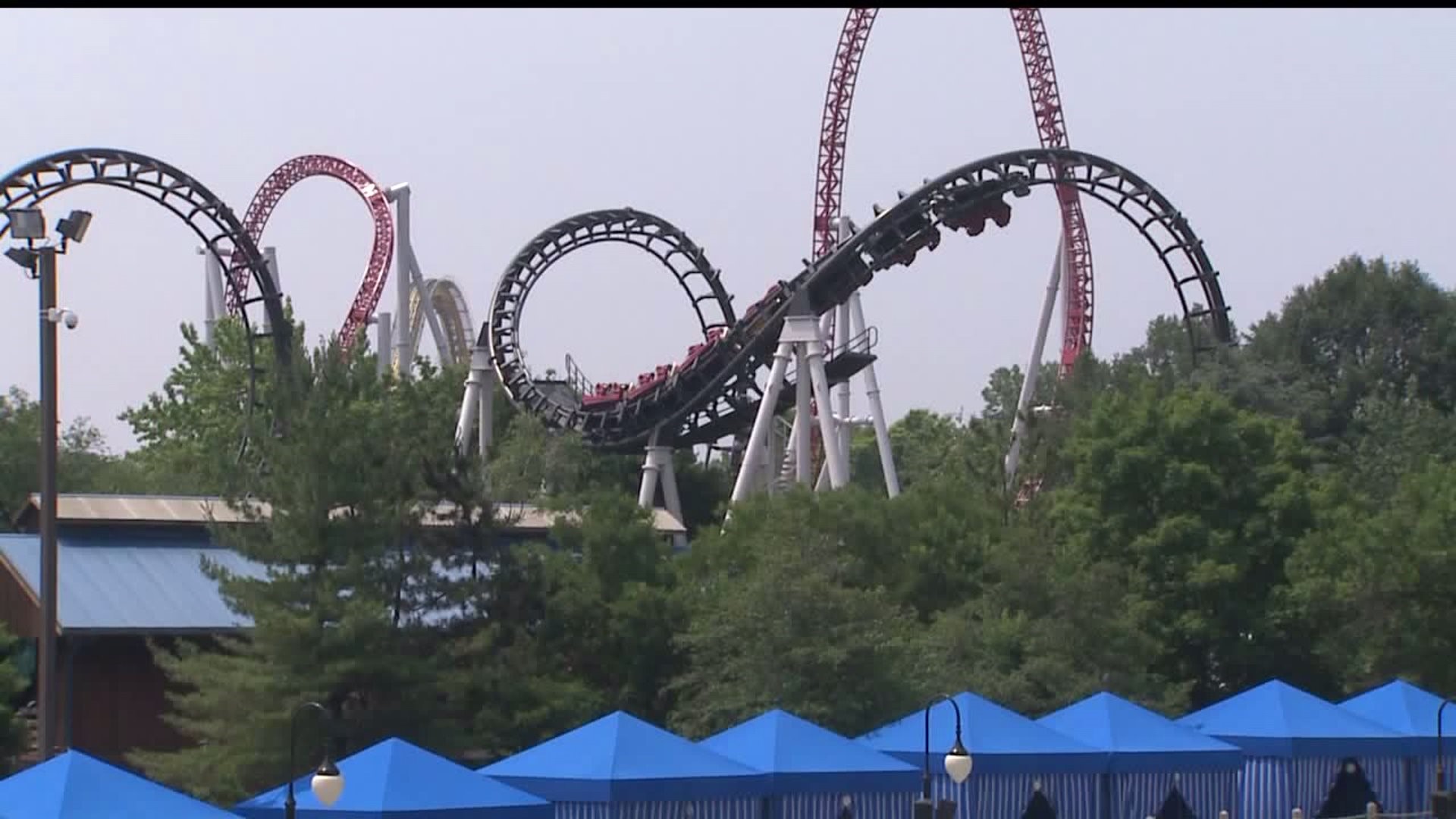 DERRY TOWNSHIP, DAUPHIN COUNTY, Pa. -- Sherry Webb and her family are season pass holders at Hersheypark. Now, they're saying their most recent trip to the 'Sweetest Place on Earth' was anything but.

Now, Webb is sharing her frustration with how an attempted child abduction report was handled by staff at the theme park.

She wrote a lengthy email to the park about the horrifying ordeal which received thousands of shares in a Facebook post.

The first thing Sherry Webb of East Pennsboro Township felt was fear; Webb says she was waiting to go down a slide at Hershey's water park with a group of children under her supervision.

That's when Webb says a woman attempted to befriend a child in the group, offering to let the child go before her down the slide, before grabbing the minor by the arm at the bottom of the slide.

"I had five kids standing at the bottom [of a slide] saying that somebody had tried to grab one of the kids in our group... which is a very scary thing for a parent to hear," explained Webb.

Another child under Webb's care, whose identity FOX43 is protecting, says she had her eye on the woman the whole time.

"Another one of the children was getting off the slide so I was watching her, making sure she was safe, and out of the corner of my eye, I saw this woman grab the child and walk away. I looked over, and the first thing I thought to do was grab the child, pull him back, and I said, 'he's going to stay here with us!'" explained the juvenile.

That fear quickly turned into frustration when Webb says none of the employees she initially spoke with knew what to do.

Webb says her phone was in a locker for safe keeping, adding she has since bought waterproof cases to have when she's at a water park.

"I had approached the gal at the gate to the water park and said, 'hey, we just had this situation', and I went into the story of what had happened, and she just stared blankly at me, like she had no clue what to do. Then, I said, 'can we speak to security?' and she said, 'yes, you can find security.' She had a radio on her shirt... Why she couldn't she just call somebody to get some help?" questioned Webb.

Around 30 minutes and 4 employees, not counting the workers at First Aid, Webb says she finally spoke with someone from security. Webb says security repeatedly questioned the juvenile who stopped the woman.

A relative of Steelton Police Chief Tony Minium was also at Hersheypark under Webb's supervision.

Webb says she gave Minium a call after security staff said they would not call Derry Township Police without a suspect.

"I was at home sick. I get a phone call, and I am stressed over it. I'm still having trouble sleeping at night understanding that no one took this situation seriously," explained Chief Minium.

Normally wearing a badge, this time, Minium says he comes to us as a concerned parent.

"I believe who dropped the ball - Hersheypark...I mean, how many people visit Hersheypark on a daily routine. There's not a Crimewatch page. There's nothing being indicated that something like this took place. I wonder how many of these events take place in a day or a week or a month or a year that go undocumented. Is Hersheypark really a safe place for our children? We have season passes as well. This a place we teach our kids it's safe to go to, but I'm second guessing that now," said Minium.

Quinn Bryner, a spokeswoman for Hersheypark sent FOX43 this statement, "A guest reported a concern involving a child at our Boardwalk last Wednesday. Our Security staff responded and gathered a report and began investigating in coordination with our partners at the Derry Township Police Department (DTPD). Part of this process includes a complete review of the video recording of the area of concern. We continue to assist DTPD with the ongoing investigation.

Guest and employee safety is our number one concern at Hersheypark. We take all safety concerns very seriously and we pride ourselves on our safety record. In addition to our fully trained security personnel, who patrol the Hersheypark throughout the operating day, and closed circuit video surveillance system throughout the park - there are many other, non-public, security measures and protocols in place that serve to meet our obligation to ensure the safety of our guests and employees."

Minium still has his questions: Are employees really trained to handle situations like these? Was protocol followed? Why was nothing done?

Derry Township Police confirm to FOX43 officers are investigating an attempted abduction, writing in a statement via email: "We did receive a report of an attempted abduction at Hersheypark, and we are continuing to investigate the concern that was raised. To date, based on the video surveillance we reviewed and the described nature and location of the event, we have not been able to conclude that an attempted adduction occurred, but our investigation is ongoing. We continue to work with the persons reporting this incident and staff at Hersheypark Security."