Unable to pay its bills, Pennsylvania is broke

HARRISBURG, Pa. — Pennsylvania is still without a balanced budget. Unable to meet its financial obligations, it essentially becomes a deadbeat state. Dire... 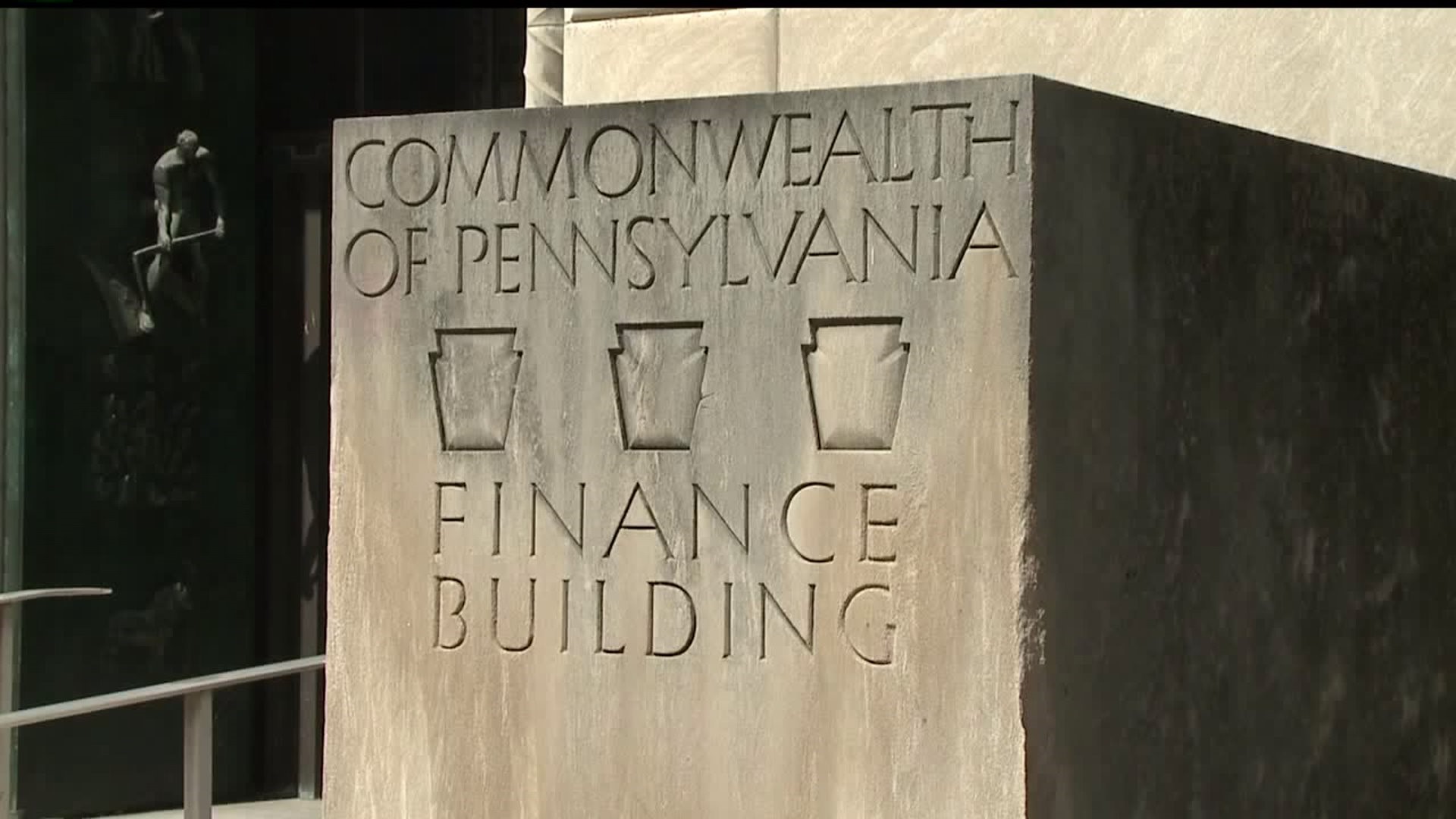 HARRISBURG, Pa. -- Pennsylvania is still without a balanced budget. Unable to meet its financial obligations, it essentially becomes a deadbeat state.

Directly across the street from the state capitol is the office of the watchdog group, the Pennsylvania Budget and Policy Center.  Director Marc Stier is keeping an eye on the state's inability to balance a budget.

Pennsylvania Budget and Policy Center director Marc Stier said "well, what we face today is the state simply does not have enough money to pay its bills."

What that means for the state treasury department is that Pennsylvania is essentially broke.

Treasury department spokesperson Mike Connolly released a statement in reaction to the news.

“Today, the Commonwealth reaches a truly unprecedented position where it is unable to pay for all the expenses due at this time," Connolly said.

While the treasury department is only responsible for paying the state's bills, the Pennsylvania Governor's Office of the Budget decides which ones get paid, putting several state departments and services at risk.

"Until we start furloughing state employees, we have to pay them their contracts. We can't open the doors to the prisons, even if someone's wanting to reduce the population. There's a legal process you have to go through. Education and human services are the first places to be cut, because that's where discretionary cuts are possible," Stier said.

In a statement, Governor's Office of the Budget spokesperson J.J. Abbott said the budget crisis will cause delayed payments for the time being.

"As a result, Treasury will today delay $1.169 billion in payments to managed care providers for medical assistance services. The commonwealth will be unable to make these important payments for at least a week, which will likely force many of these entities to have to borrow money, an expense they can charge back to the taxpayers," Abbott said.

"On Monday, the commonwealth will also have to delay a $581 million payment for the state share of pension obligations to the Pennsylvania School Employees Retirement System," Abbott added.

"I'm sure the administration is going to do everything it can to avoid hurting beneficiaries, but it's going to throw a little chaos into the system and it's a sign of what's to come," Abbott said.

It's a factor which could affect many Pennsylvanians.

"It matters to them, because everyone relies on state services. Those of us who get healthcare, care about our roads and bridges, we care about educating our kids, we care about higher education, and the future of this state's economy," Stier said.

The state treasurer's office notes that Friday didn't exactly come as a surprise to anyone working at the Capitol.

"Treasurer Torsella has warned for several months about the precarious state of the Commonwealth’s finances, largely as a result of the lack of a responsible revenue package to pay for the spending plan already passed into law," Connolly said.

Without a balanced budget in place, the treasury has no plans to make a short term loan to bail out the state.

"We've never been in the position where not even the Great Depression where we, the state, could not pay its bills," Stier said.

A first for Pennsylvania.