DAUPHIN COUNTY, Pa. — *UPDATED 8/1/19: Rep. Scott Perry responded to the issue of seating that was included in this report in a Facebook post* Republican ... 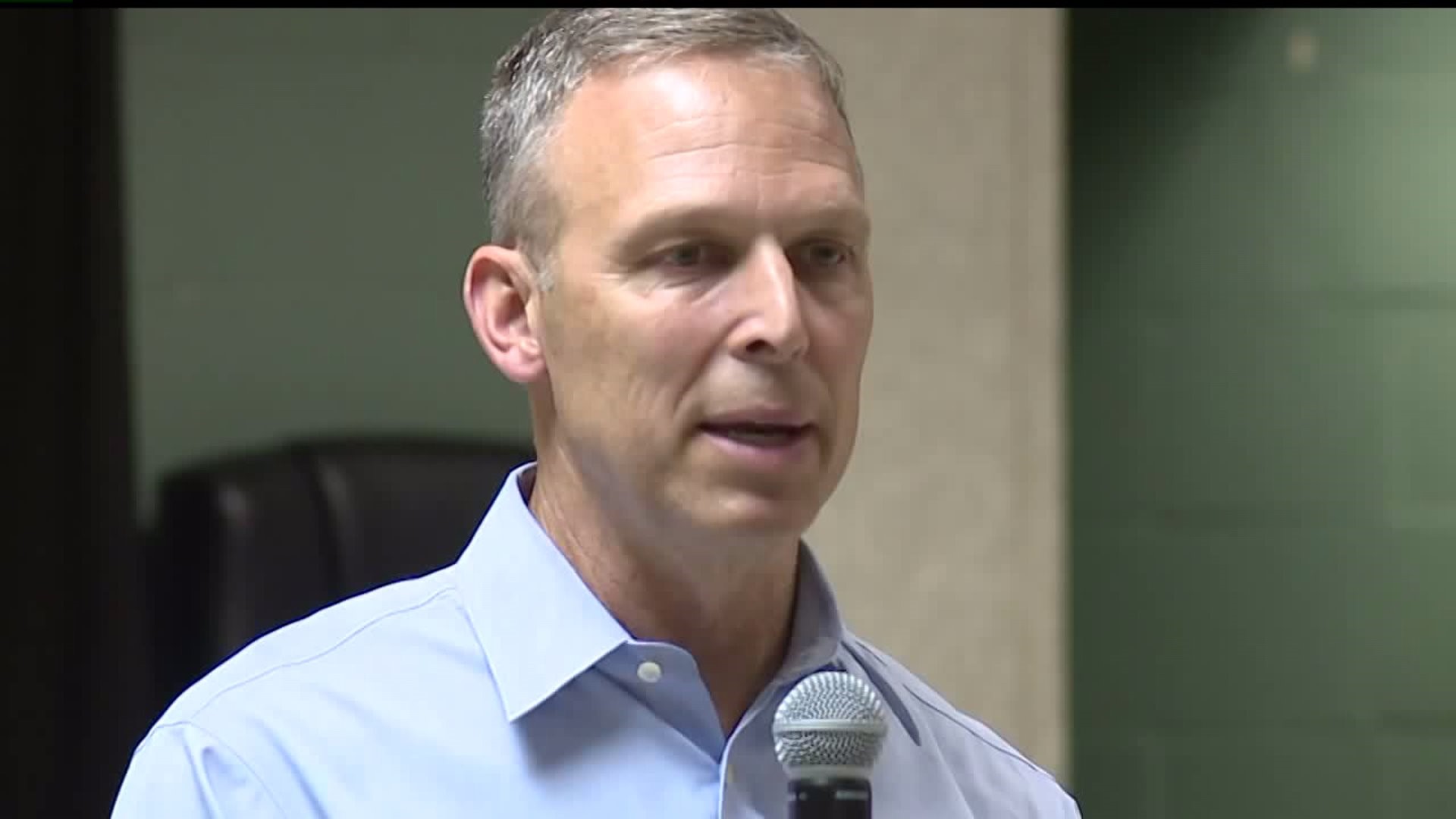 DAUPHIN COUNTY, Pa. --- *UPDATED 8/1/19: Rep. Scott Perry responded to the issue of seating that was included in this report in a Facebook post*

It was also his first town hall in front of his newly drawn congressional district, PA-District 10, which includes all of Dauphin County and some of York and Cumberland Counties.

Before the event, many constituents held a protest outside.

Marta Peck, a York resident and co-founder of the group "Indivisible York," said they were protesting the event venue, saying it was too small and prevented them from participating in the event.

The hour and a half long event featured a myriad of topics, including by limited to: Climate change, gun violence, student loan debt, public education, healthcare, election security and immigration.

Supporters, such as Carolyn Wolf of Lower Paxton Township, said they were pleased with his answers on gun rights, small government economic policy positions, and support of identification for voting.

“I really don’t understand how people could be against ID, people showing an ID for an election, but could be so concerned about elections being corrupted. What a better way for an election to be corrupted than to have people come in to vote with IDs?” said Wolf.

Others weren't pleased with Perry's answers on issues on the United States-Mexico border and his opposition to the Affordable Care Act and the "Medicare-for-All" proposal.

Cole Goodman of Susquehanna Township said he was most disappointed in how the town hall was organized.

He said he waited an hour with other protesters outside to try and get into the event.

He said it wasn't inclusive, forcing some people to go home.

“My question didn’t get asked because I was only in for a quarter of it. I was very disappointed that almost 50 protesters out here were not let in when they were residents of this district to this town hall to hear their own public servant,” said Goodman.

An official with Rep. Perry's office said they had prepared for 100 people who RSVP'd for tickets.

They said they did not open the event in an effort to not give up seats that were RSVP'd for.

At the time of publication, FOX43 did not get an official statement on what led to the decision to let more people inside.

"Most of Scott Perry’s constituents can’t even recall the last time he hosted a public event to be held accountable and more transparent. Now he’s trying to raise the barrier of entry even higher for constituents who want answers and wish to be heard.

Unlike Scott Perry, Eugene DePasquale believes in more transparency and accountability. He will not intimidate constituents by requiring a valid ID to ask questions or to provide him valuable feedback. Eugene will hold quarterly town hall meetings that encourage more open dialogue, participation, and accountability."

Rep. Perry said at the end of the town hall that he plans to hold more events in the future.