ABERDEEN, Md. — It’s the “pee” in power. Scientists with the U.S. Army Research Laboratory are using urine to generate power to give peo... 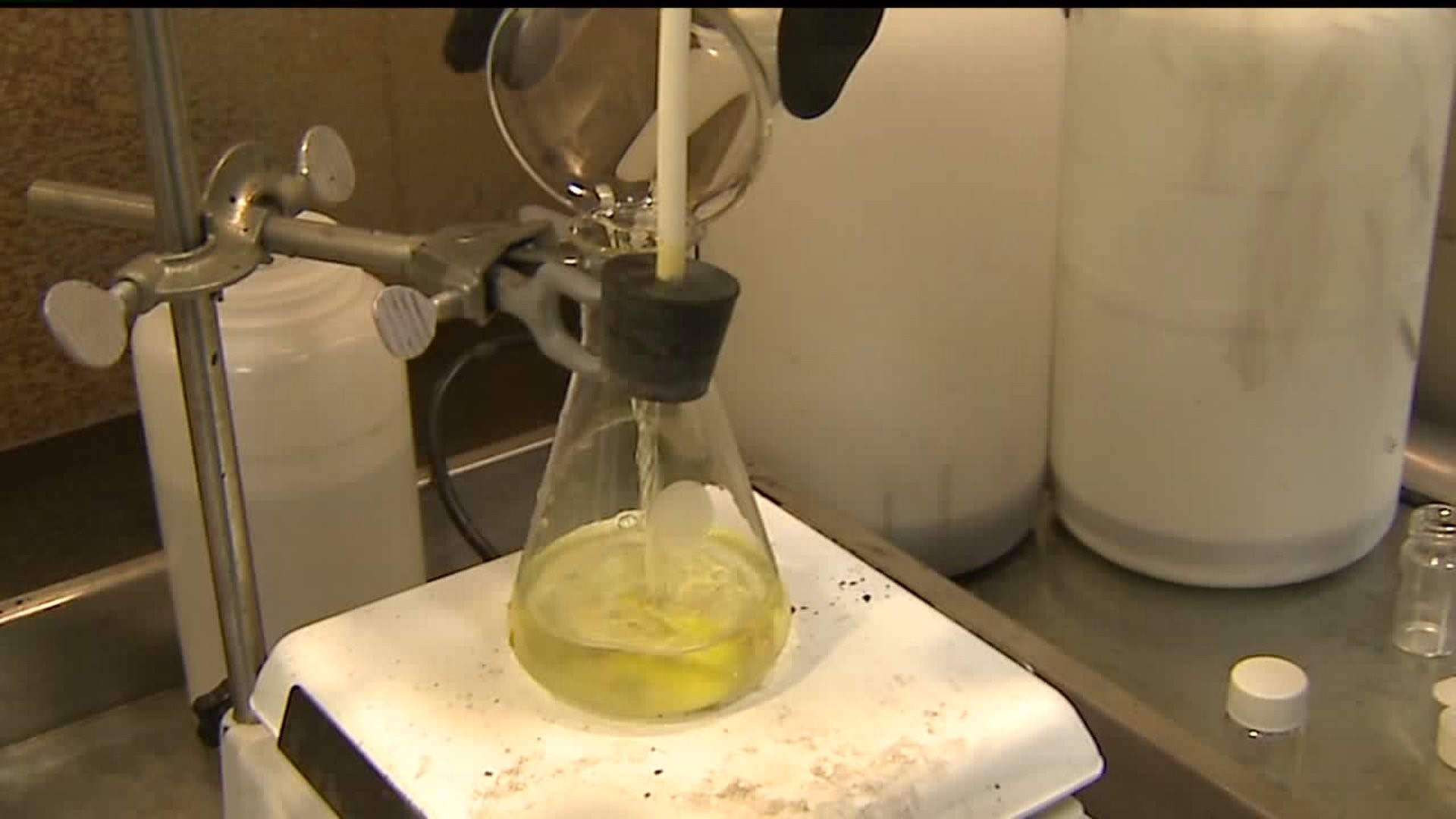 Scientists with the U.S. Army Research Laboratory are using urine to generate power to give people in the military easier access to energy.

Researchers at the Aberdeen Proving Ground found a way to combine water with an aluminum-based powder they developed to make hydrogen.

The hydrogen can be used to potentially power fuel cells for soldiers.

Dr. Kris Darling, a U.S. ARL scientist, said, "Being able to use a fluid that they would be able to get access to or carry with them - in conjunction with a fuel cell to be able to power their electronic devices, is where we're focusing on currently."

The researchers then quickly discovered that a different liquid could be used to replace the water, and that liquid is even easier for people to access.

Dr. Anit Giri, a U.S. ARL scientist, said, "We added powder in the urine. So it was even more rapid than the reaction was and more violent."

In the lab, the scientists use synthetic urine to conduct their experiments, but they said real urine would react the same way.

The reaction is faster when mixing the aluminum-based powder with the urine rather than with water.

Giri said, "There are some electrolytes, some compounds, some chemical compounds. And also the PH of the urine is slightly acidic so that may be the reason for a more violent or more rapid reaction."

Researchers showed us how combining the reaction can power a remote-controlled tank. And they eventually hope it could power other things out in the field.

Darling said, "Individual soldiers would be using it to power all their devices that they use for getting satellite information, or GPS location, or just communications with each other."

The energy is green.

Giri said, "The byproduct of this reaction of aluminum powder and water is aluminum oxide, or aluminum hydroxide, which is non-toxic. You can dispose of it anywhere."

It's also quiet: a benefit for soldiers.

Darling said, "If they're special forces, they don't want their location to be given away. So to be able to have something on them they can readily use to generate power without creating an excess signal of some sort would be an advantage."

An ultimate fuel source for soldiers could then be the "Poo Pond" in Afghanistan, where human waste is just sitting there for the taking.

The goal for researchers is to not burden the soldiers with additional weight to carry around.

Darling said, "They could scavenge water in the field such as from the stream or rain runoff or even their own bodily fluids such as urine or saliva of course would be a big advantage."

In the long run, scientists hope the energy created from the reaction could eventually be used for more people than just soldiers.