LOWER SWATARA TWP., DAUPHIN COUNTY, Pa. — Two people were honored for their acts of heroism in Dauphin County. The pair risked their lives to save 2 teena... 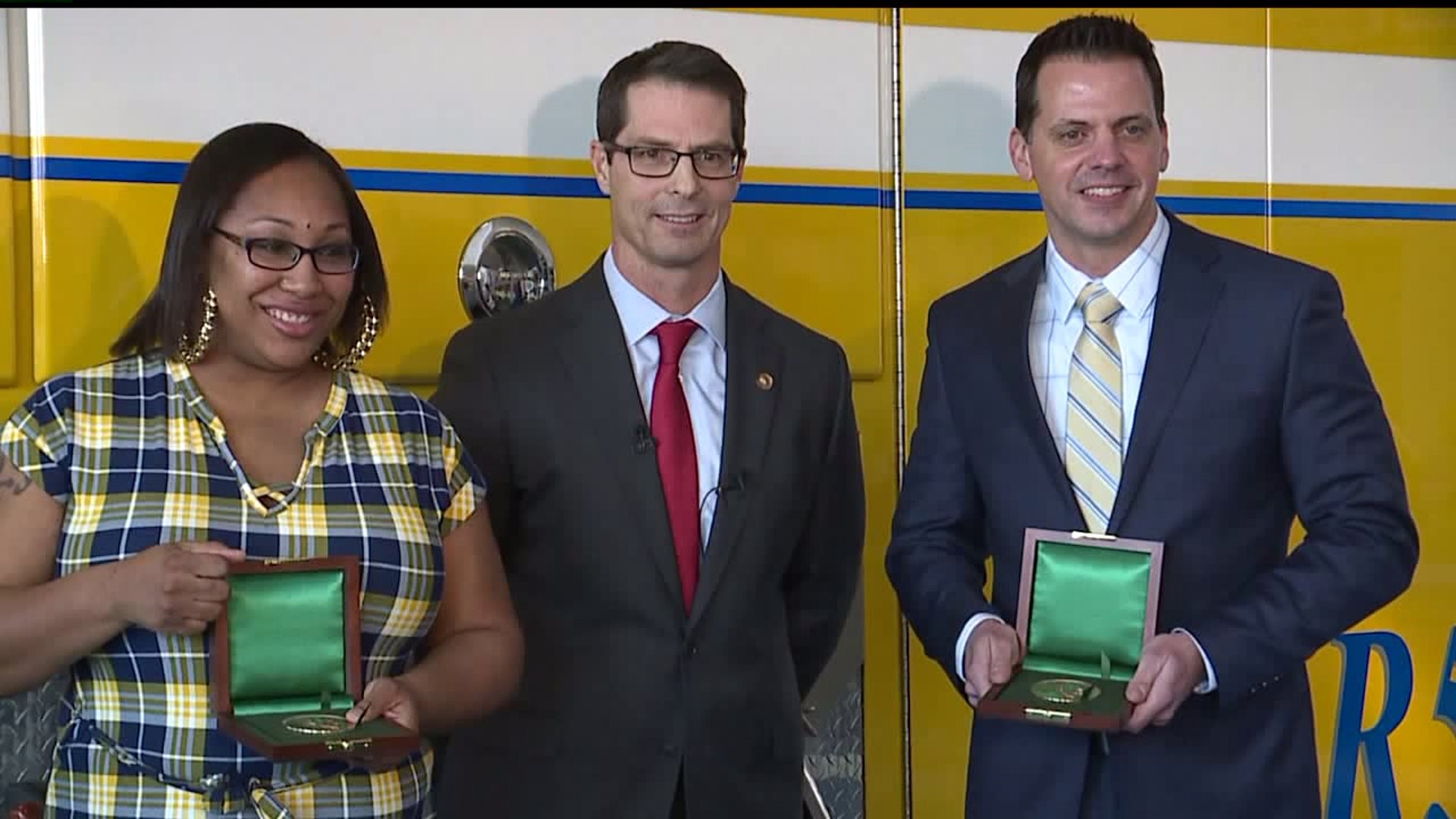 The pair risked their lives to save 2 teenagers in grave danger back in 2016.

Call it fate, destiny, or just being in the right place at the right time.

Young says he heard a loud noise outside his home, and normally, he would write something like that off -- but not that night.

"I walked outside, and I could see an orange glow against the trees, so I knew something was on fire," said Young.

That orange glow? A burning car, with two teens, Joey Keating and Scott Shaffer, trapped inside.

"I started panicking, and I said, 'Mom, we got to get them out, they're going to die. I don't want them to die,'" explained Dixon.

Young says he ran down his long driveway and soon realized the pair needed more than just hands to get the teens out.

So, he ran back up it to his barn, and grabbed a sledgehammer.

That's when he says he hopped onto his four wheeler and drove back down to the vehicle.

"I kicked the back passenger side window," explained Dixon. "I kicked it three times, and finally, the third time, it shattered."

Dixon then climbed inside the burning car and crawled under flames to get to Joey.

With the help of her mother, she was able to drag Joey from the car to safety.

They used a sweatshirt to put out the flames on his pants.

Young reached through the car's shattered window and pulled Scott to safety.

When asked how he did it? Young responded, "I guess it's just instinct and having faith in your ability to do something."

Their life saving efforts were recognized in front of family, friends, and members of the community - two Carnegie Medals for Extraordinary Heroism.

Both Young and Dixon humbly say what they did that night was only right.

Both teenagers did spend several weeks in the hospital but have fully recovered from their injuries.

Loved ones say that time in the hospital was nothing compared to what could've happened if Dixon and Young weren't there that night.