LANCASTER COUNTY, Pa.– Two men are facing charges after allegedly bringing over 7,800 bags of fentanyl from Philadelphia to Lancaster for distribution. Ja... 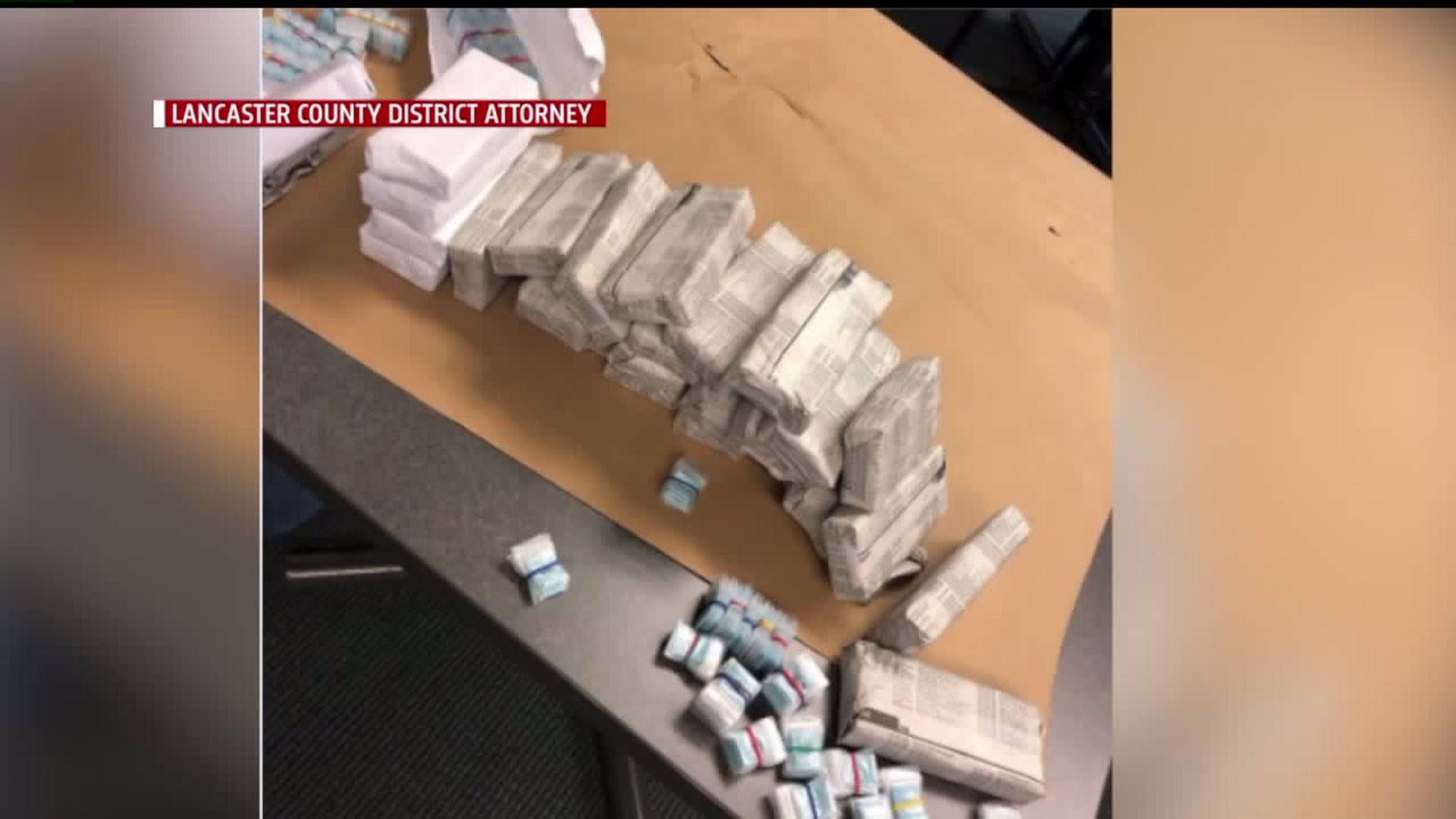 LANCASTER COUNTY, Pa.-- Two men are facing charges after allegedly bringing over 7,800 bags of fentanyl from Philadelphia to Lancaster for distribution.

Jacob Delmonte, 21, and Joshua Flores, 27, both of Philadelphia, are each facing felony possession with intent to deliver fentanyl and conspiracy charges.

Brett Hambright with the Lancaster County District Attorney's Office said on February 12, the Drug Task Force knew to look out for Delmonte's  Jeep Liberty, knowing it would be bringing fentanyl into the area.

rt documents say both Delmonte and Flores were in the car when it was stopped on the 300 block of Crystal Street.

“It wasn’t in the middle of a sale or anything, it was just that that was a good location, safe location the task force felt to make the stop,” said Hambright.

Detectives found 7,880 bags packaged in "bricks" or "ice cream sandwiches", which they say is consistent with Philadelphia-style packaging, according to investigators.

He also said it was a total of about a half pound of fentanyl.

“We are finding some information from our street-level informants and individuals that the task force comes across that there seems to be some trend that being fentanyl coming up from Philadelphia,” said Hambright.

According to police, a standard bag of heroin/fentanyl sells for about $10, meaning the seized stash had an approximate value of between $75-$80,000.

This "high-level" fentanyl bust came less than two weeks after the Lancaster County Drug Task Force seized a county record kilogram of pure fentanyl at the end of January, resulting in charges for three other Philadelphians.

While Hambright said the two cases are not connected, they are trying to cut off drug pipelines coming in to the Lancaster area from cities, such as Philadelphia.

“We are not naive of the fact that drugs are coming from source cities and we do all we can to stop them before they get out to our neighborhoods and into our communities,” said Hambright.

As of Tuesday afternoon, both Flores and Delmonte are being held  Lancaster County Prison on $1 million bail each.