Firefighters, including two from our area, who paid the ultimate sacrifice, were honored Sunday in Maryland. The National Fallen Firefighters Memorial Serv...

Firefighters, including two from our area, who paid the ultimate sacrifice, were honored Sunday in Maryland. The National Fallen Firefighters Memorial Service was held in Emmitsburg, just south of Gettysburg.
Every year, the names of firefighters killed in the line of duty are added to a bronze plaque.
98-names were added this time around, from across the country. Among the names of the fallen, Chief Rodney Miller from the Loganville Fire Company in York County. He was struck and killed by a car while directing traffic at an accident scene in April 2013. 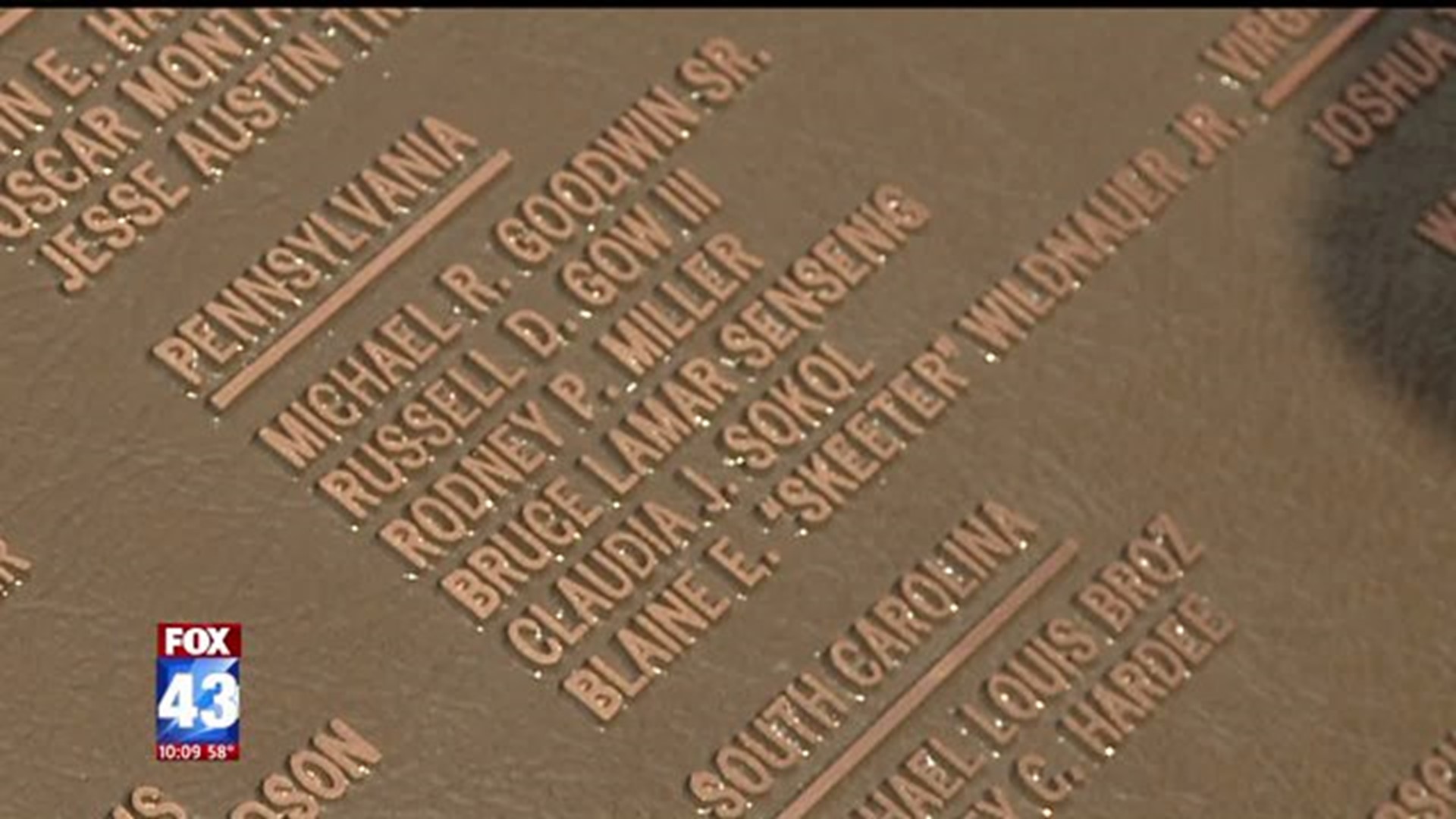 "I can't recall ever not seeing a smile on that guy's face, he was always laughing, carrying on, joking around, that's the kind of person he was. It's mixed emotions, it's happy, sad, he's always gonna be with us so, it's like he's not gone, " said Bryan Ream, who replaced Miller as Chief of the Loganville Fire Company.

Executive Director of the National Fallen Firefighters Foundation, Ron Siarnicki, said, "Part of the Memorial Service is that these families know that there is a nation who will never forget the sacrifices, always remembering what those firefighters did and as their names are placed on the bronze plate here at the Memorial, it'll forever be in a place where the American fire service and the American community will know that individual firefighter had given his life to serve his community."

A Lebanon County firefighter was also honored Sunday. Bruce Sensenig, a volunteer with the
Quentin Fire Department was killed while responding to a call in July of 2013.

Families of the fallen receive a flag, a red rose and a special badge at the service. It's the ending of a weekend full of events, including a candlelight vigil, counseling sessions and memory box making for children.