LANCASTER, Pa. — Two Lancaster County college professors with a love for classical music have been nominated for a Grammy award. Jessica Beebee and Doris ... 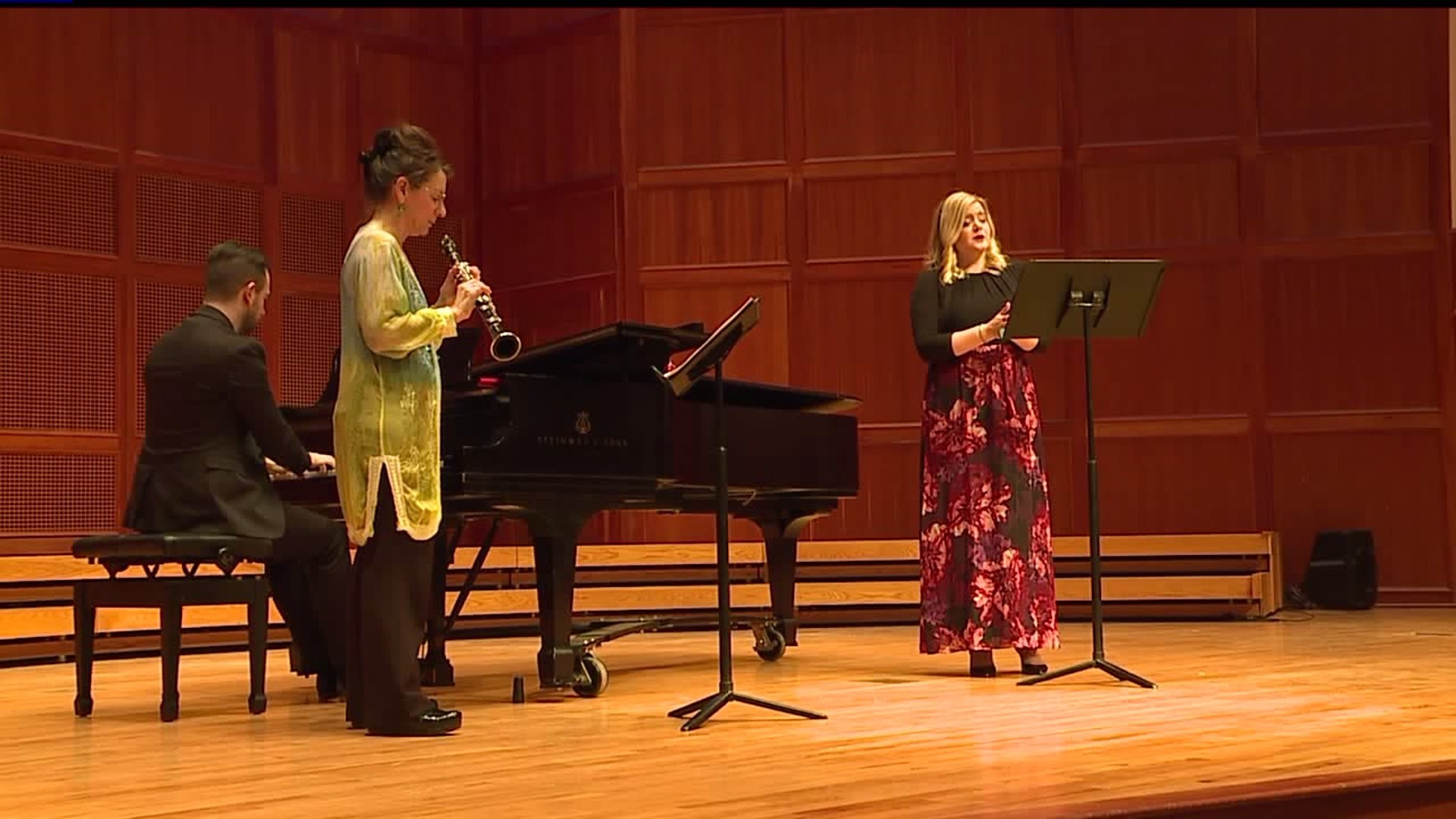 LANCASTER, Pa. -- Two Lancaster County college professors with a love for classical music have been nominated for a Grammy award.

Jessica Beebee and Doris Hall-Gulati, who both teach at Franklin and Marshall College are up for the 'Best Choral Performance' Grammy.

Gulati is a clarinet soloist and Beebee is a vocalist.

Beebee is nominated as a part of the New York based Clarion Choir’s Performance singing “Kastalksy’s Memory Eternal.”

“It is really remarkable to be nominated for this and I do feel very lucky and honored to be a part of something this amazing," said Beebee.

She says without her husband she may have missed out on the opportunity.

She says she always felt there was something special about the piece.

“As soon as we were recording the piece and performing it, I definitely did." said Gulati.

Gulati says she first heard about the nomination when she got a call while in bed.

"I started crying I was mainly thrilled for the work itself. It’s a really moving really really moving work. I wouldn’t say that everybody has to love classical music but I just would like to think that everyone can appreciate the greatness of any form of music," she added.

"I hope tomorrow I’ll be pinching myself even more when they do the Grammy’s," said Beebee.

The Best Choral Performance Grammy award will be presented during the premiere ceremony Sunday before the live televised Grammy’s at 3:30 p.m.