DAUPHIN COUNTY — DNA kits continue to gain in popularity all across the country and are helping people learn more about their health. These kits are even ... 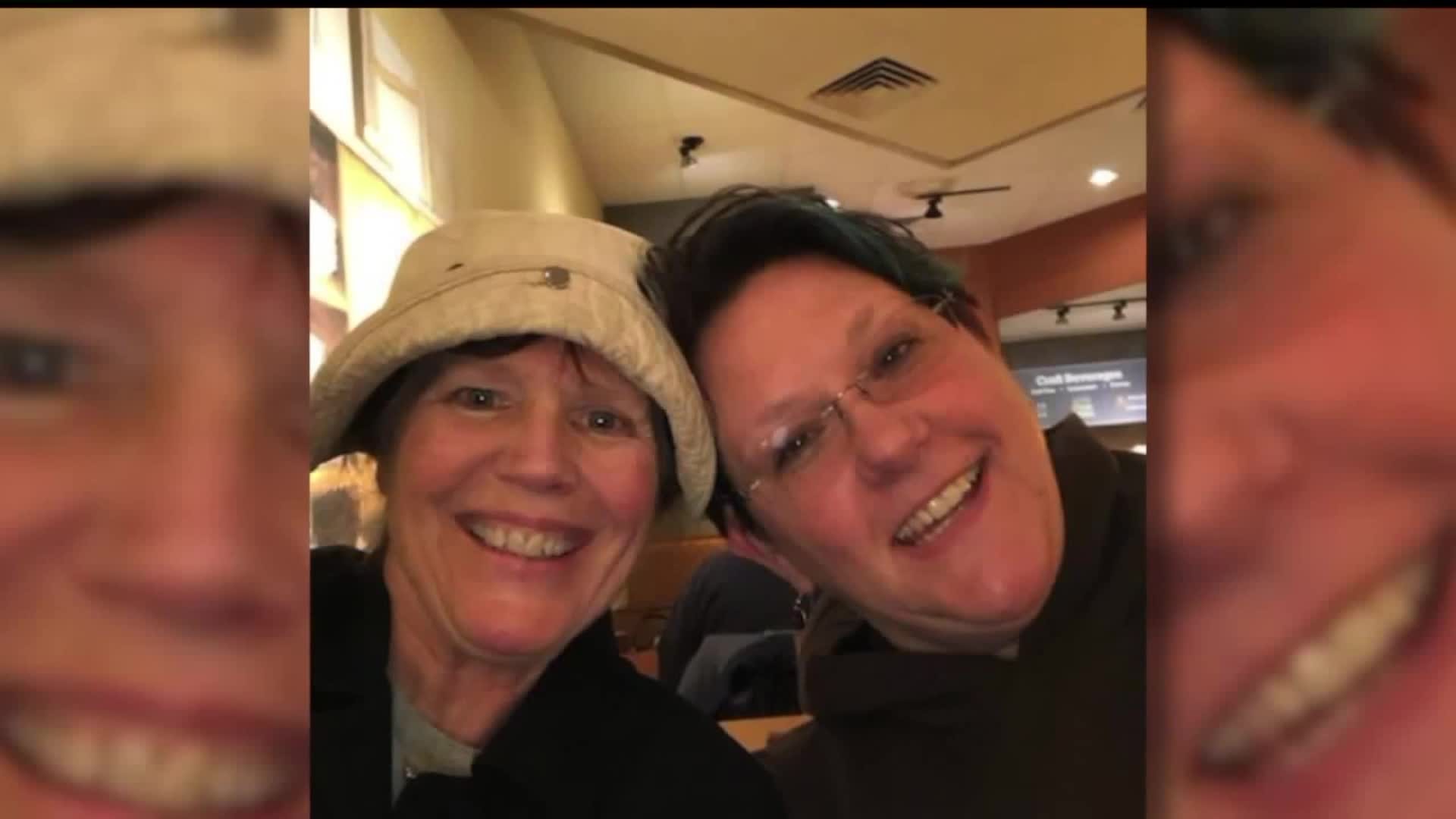 DAUPHIN COUNTY -- DNA kits continue to gain in popularity all across the country and are helping people learn more about their health. These kits are even connecting some people with family members they never knew they had.

Two women in Dauphin County say ordering a DNA kit from 23andMe was destiny. Debra and Suzanne have been friends for years.

Suzanne Keller met Debra Wisor 15 years ago when she started coaching her son Josh. She was a coach for the Dauphin Swim team.

Over the next 15 years a undeniable bond was made between the two ladies. The two bonded over swim team matches, fundraisers and more.

One specific moment sticks out for Deb when she says the relationship changed from acquaintances to friends who acted more like family. "Honestly it was probably the day we heard about her car accident."

6 years ago Susie’s world changed. She was in a car accident that caused brain damage. She was no longer able to drive.

Deb and her son Josh stepped up and started driving Susie where she needed to go. This included swim practice. Suzanne says something with their relationship changed. "It got to the point where I was telling people that they were my family."

In 2017 the world for Deb and Susie changed again. Debra was diagnosed with breast cancer.

It was Susie’s turn to step up. She started inviting Deb over to come hug puppies that she was raising to become service dogs.

Deb says hugging the dogs was a huge stress reliever. "For me it was just something where I didn't have to think about whether my body was trying to kill me today."

This is about the same time Suzanne decided that she wanted to know more about her health, her body and her family. She sent away for a DNA kit from 23andMe.

Two years later Deb did the same, ordering the 23andMe kits at Christmas. “One day I get this e-mail that says you have 46 new relatives."

Deb says she scanned the list of relatives and she saw someone named "S. Keller". She kept scanning the pages until something made her eyes go wide. She had a new family member named Joseph Keller. "Now what are the chances this Joseph Keller is the same Joseph Keller that I know?"

Susie says Deb texted her to ask a question. "She texted me and she said, did your husband or son do 23andMe? And I said yeah they both did. She said which one went by Joseph Keller?  I said they both did!"

It really is a small world after all. Within 30 minutes Deb and Susie were able to connect the family tree. Deb says the relationship they discovered is that "Susan Conrad is the sister to William Harris Conrad. They were siblings and she (Susan Conrad) is my (Deb's) great-grandmother. He (William Harris Conrad) is her (Susie's) great-grandfather.

Debra and Suzanne are 3rd cousins, but if you didn’t know any better and were meeting them for the first time you might think they are long-lost sisters.

Deb says their friendship is fate. "Between Susie's car accident and my breast cancer, yes there is a type of destiny there."

"Such a small world that she really is related." Susie says she has been telling people Deb was her family for years. "After I was telling everybody that I felt like she was related to me she really is!"

This is just the start for Deb and Susie. We’re told Debbie is going to attend Suzanne’s next family-reunion, which is now her family reunion.