Truck crashes into building, leaving Gettysburg business owner wondering what to do next

GETTYSBURG, ADAMS COUNTY, Pa.– According to Gettysburg Police, around 2:45 Friday morning a truck crashed into the side of a building in the 100 block of ... 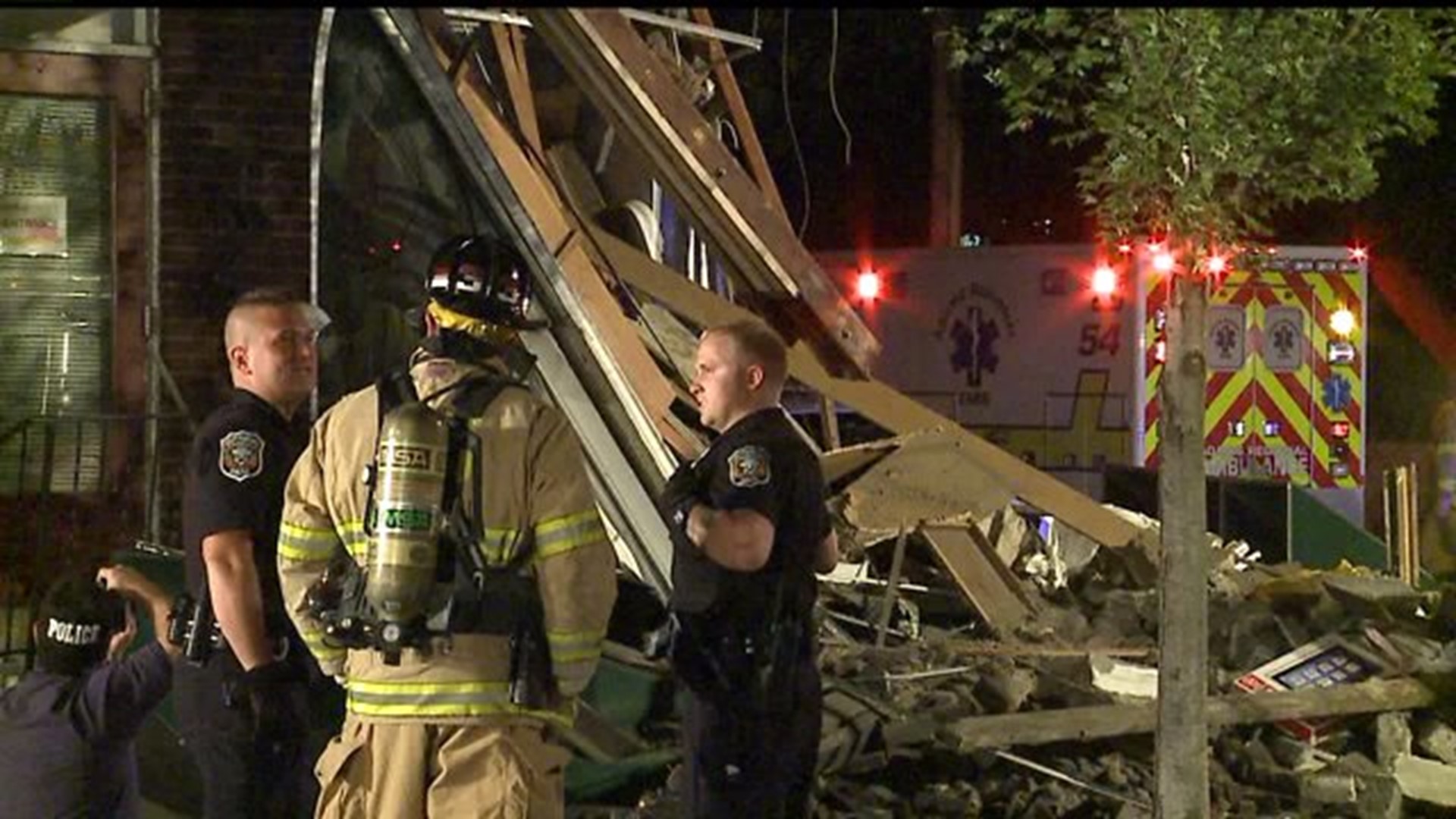 GETTYSBURG, ADAMS COUNTY, Pa.-- According to Gettysburg Police, around 2:45 Friday morning a truck crashed into the side of a building in the 100 block of York Street.

The driver was trapped in the truck for about 90 minutes before being rescued. He was flown to York Hospital. There were no other injuries at the scene.

As the sun rose, the damage became more evident. Li's Buffet was hit hard. An employee said around 3 o'clock he was told, the won't be working anytime soon.

"He said, Jay, you're not coming into work tomorrow," Jay Lee with Li's Buffet said. "The building collapsed."

He said it's not the first time the building has collapsed. A few years ago someone hit it as well.

"I hope to have the whole thing repaired in a month or two," James Mackie said, who owns the building with his wife.

Right now, he doesn't know how much it will cost to get the building back in order. He was in good spirits, saying they've had to do it before because of people hitting it.

Lee said the restaurant lost about $15-20k in food.

"We had a large inventory come last night," he said. "The health department was out here earlier and she said we have to throw everything away."

With the building in rubble and no sign of coming back to work soon, Lee is staying positive about the situation.

"You never know what's going to happen in life," Lee said in a optimistic tone. "I do have some money saved up to make it through this tough time."

Crews worked through the afternoon trying to stabilize the building to prevent more collapse. Police are still investigating the cause of the crash.