Tree crushes into York County home while people were sleeping inside

YORK TOWNSHIP, YORK COUNTY, Pa. –Absolute terror sets in after a 100-year-old oak tree crushes into a home while three people were sleeping inside. “Panic... 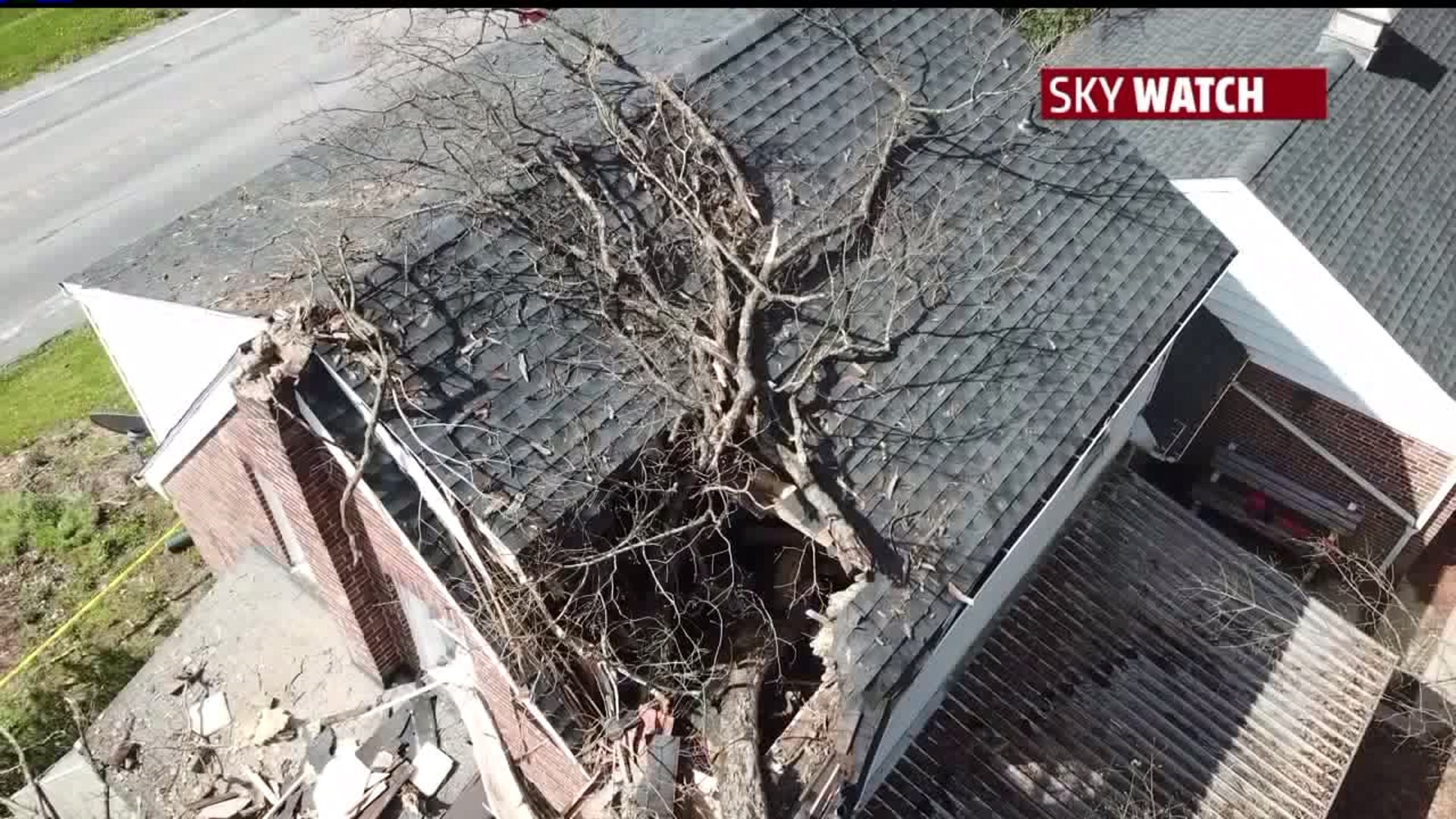 YORK TOWNSHIP, YORK COUNTY, Pa. --Absolute terror sets in after a 100-year-old oak tree crushes into a home while three people were sleeping inside.

“Panic, absolute panic," said Leann Eberly, resident “I felt the grittiness in my mouth at first and I still didn’t know what it was until the roommate came over and he turned the light on and I’m like looking around and well there’s a tree here," added Eberly.

Leann Eberly says she was in bed at her home on camp Betty Washington Road in York Township when she woke up from what she thought was a dream.

"Next thing we know there was a roof around my head, all that was out was my head and I was stuck under everything," added Eberly.

Eberly and her boyfriend Derek, who was laying next to her in bed, were both stuck.

“I couldn’t move, I couldn’t do anything. My boyfriend actually got pinned under a branch and one of our pieces of furniture," said Eberly.

That’s when her third roommate, Caleb, who was in a different part of the home, unharmed, called 911 for help.

Both were taken to York Hospital where Eberly was treated for minor cuts and bruises, her boyfriend on the other hand, suffered some broken ribs.

Eberly says that they were in the process of getting quotes to see how much it would be to get the tree taken down after seeing that it was starting to lean and split, but the tree beat them to it.

That’s why arborist, Ryan Smith, says he doesn’t want this to happen to anyone else. and has some advice for anyone with large trees around their property:

“When the tree is not vertical and it’s leaning there’s definitely a possibility that the tree could uproot," said Ryan Smith, Co-Owner & Arborist, Lewis Burns Tree Service.

"This is Mother Nature, you can’t mess with that," said Smith.

While Eberly says she’s doing ok, minus some cuts and bruises, she considers herself lucky.

“We were here another day for a reason and we got very very lucky for how big this tree is and the damage it really could have done we’re luck it just damaged the house and we didn’t get severely injured," added Eberly.