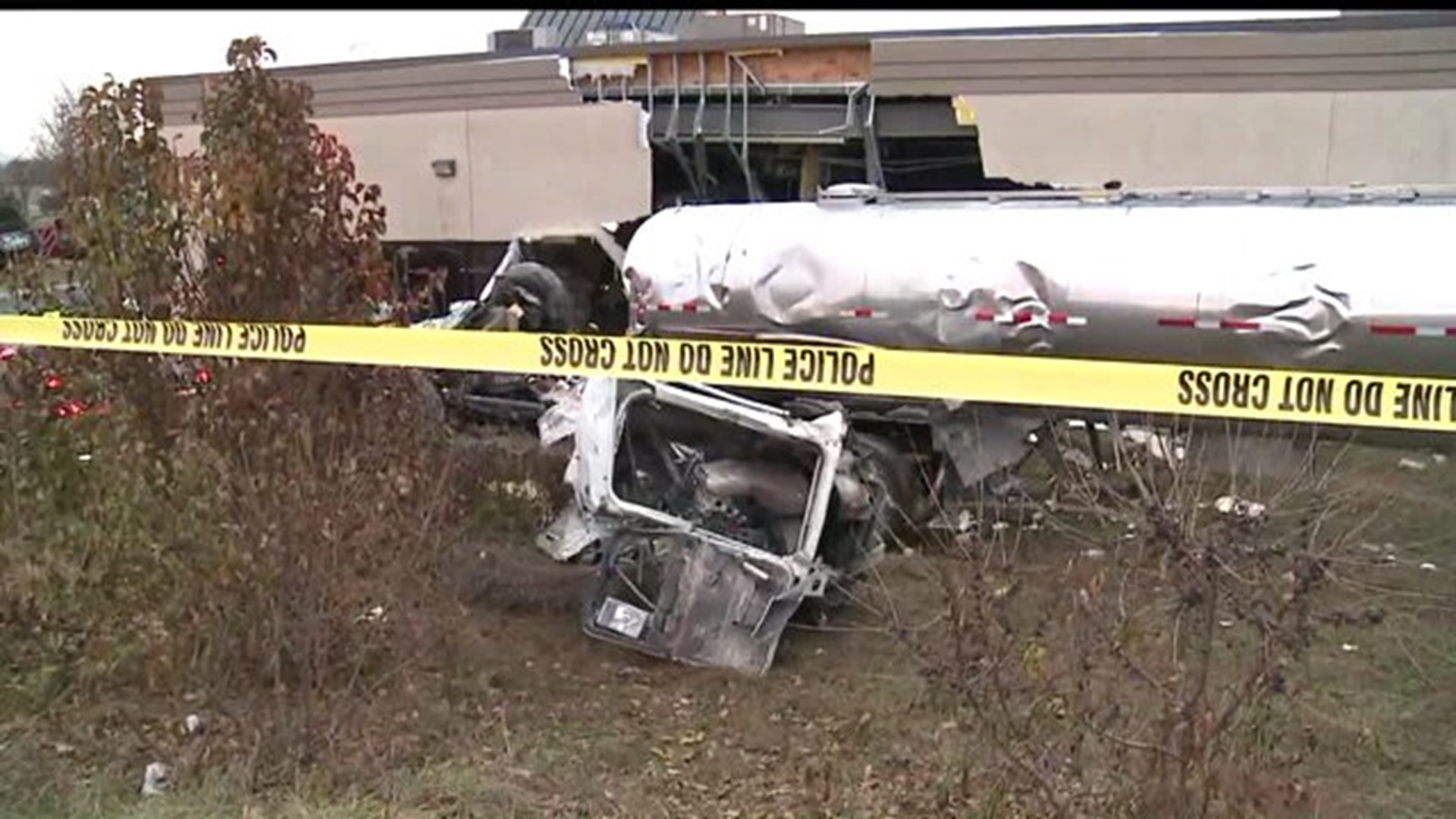 A Chambersburg man is dead after a tractor trailer crashed into a medical building in Cumberland County.

The tractor trailer was carrying 6,000 gallons of milk when it crashed in South Middleton Township. The impact of the crash was so strong, officials say 70 percent of the tractor trailer rammed inside the building.

"Hard to believe. Just hard to believe. You think you've seen everything, then you get surprised every once and a while," said John Bruetsch, Public Information Officer of Cumberland County.

Officials say 11 o'clock Monday night, David Shew was driving a tractor trailer along I-81 North. The truck crashed inside the Carlisle Regional Imaging Center and into an MRI machine.

"We've had vehicles in buildings before but never involving an MRI machine," Bruetsch said.

Bruetsch says because of the damage to the building, they were unable to deactivate its magnet, making the situation more complicated for crews. "At one point one of the firefighter's tools actually became attached to the MRI; there's a halligan bar in there right now," he added.

After more than 8 hours, emergency crews were able to safely remove the tanker from inside the building. Shew died at the scene.

In a written statement provided to FOX43 news, Carlisle Regional Medical Center, the hospital affiliated with the clinic issued a statement, in part: "Clinics at this location are assisting patients who were scheduled to be seen today and working to facilitate alternative sites for their care. Patients who were scheduled for outpatient radiology procedures at the facility are being rescheduled to a different location within our organization."

The medical center also says that patient records or identities weren't compromised during the incident.

Officials say they're investigating what caused Shew to lose control of the vehicle. An autopsy and toxicology tests are scheduled for Wednesday.