To develop or preserve the McCormick Farm in Cumberland County 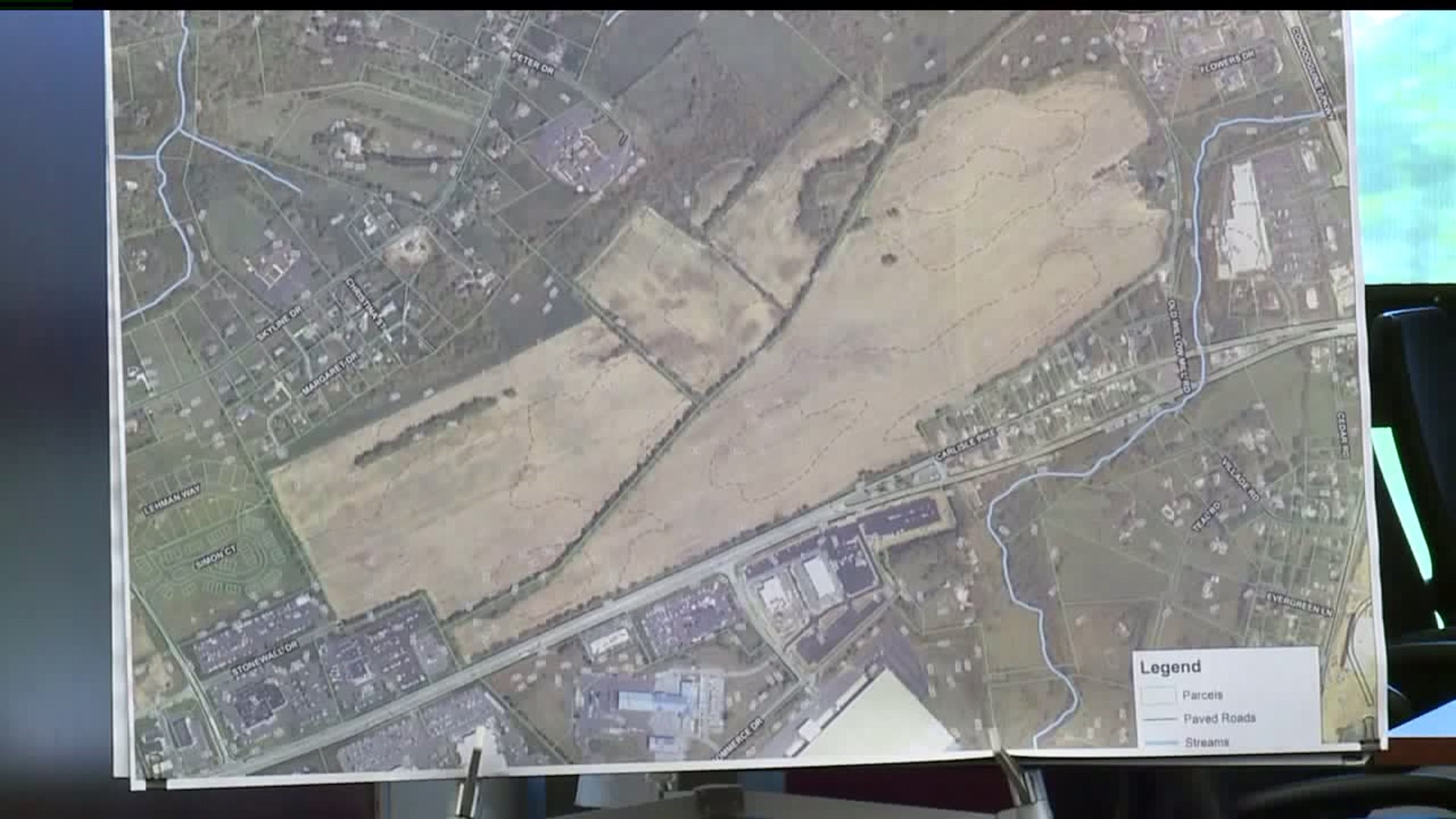 Some neighbors though are against the development.

It is controversial for some neighbors, but because they believe the land should remain preserved.

Neighbors packed a town hall meeting inside the auditorium at Cumberland Valley High School, people angry because they do not want the district to buy and build on the land.

They say they are worried about the cost for taxpayers and if development is ethical.

Officials stressed it’s both necessary for the district to buy the land and legal for them to do so.

For sale: 116 acres of Mccormick Farm in Silver Spring Township are up for grabs…

Officials with Cumberland Valley School District announced plans to buy the property Thursday afternoon to media and Thursday evening at a town hall.

Some neighbors took a stand against the purchase at a crowded town hall meeting.

School officials though, stood by the decision to buy.

"We are really trying to make a series of very complicated decision in a very stressful and fast paced environment that serves the best needs of the whole of the population of the four townships that make up the Cumberland Valley School District," added Withum.

Withum says the student population is growing rapidly and that is creating a need for two new middle schools.

The plan is to build one school on the farmland, along with a barn and pasture, gardens, athletic fields, a playground, and walking trails.

The Mccormick Farm stone marker would stay; some say the whole farm should remain in tact.

“I do not believe this land should be taken over by the school board. It was put in to be preserved many, many years ago, and I believe preserved means forever, not just until somebody wants it," said Kathy Pifer, a resident of Silver Springs Township.

Pifer said the district should build on land they already own.

"They have land, I can’t tell you the exact figure, but they have land around this school right now. They don’t need 108 acres to build a school," she added.

Right now, the land is being appraised.

The district does plan to make an offer, officials saying it would pull money from a reserve fund with no increase in taxes to buy the land.

However, officials say the cost of building the schools has not been determined.