HARRISBURG, Pa. —  Restaurant workers alongside some state leaders came together to bring awareness to the ‘One Fair Wage’ bill at the state capitol in Ha... 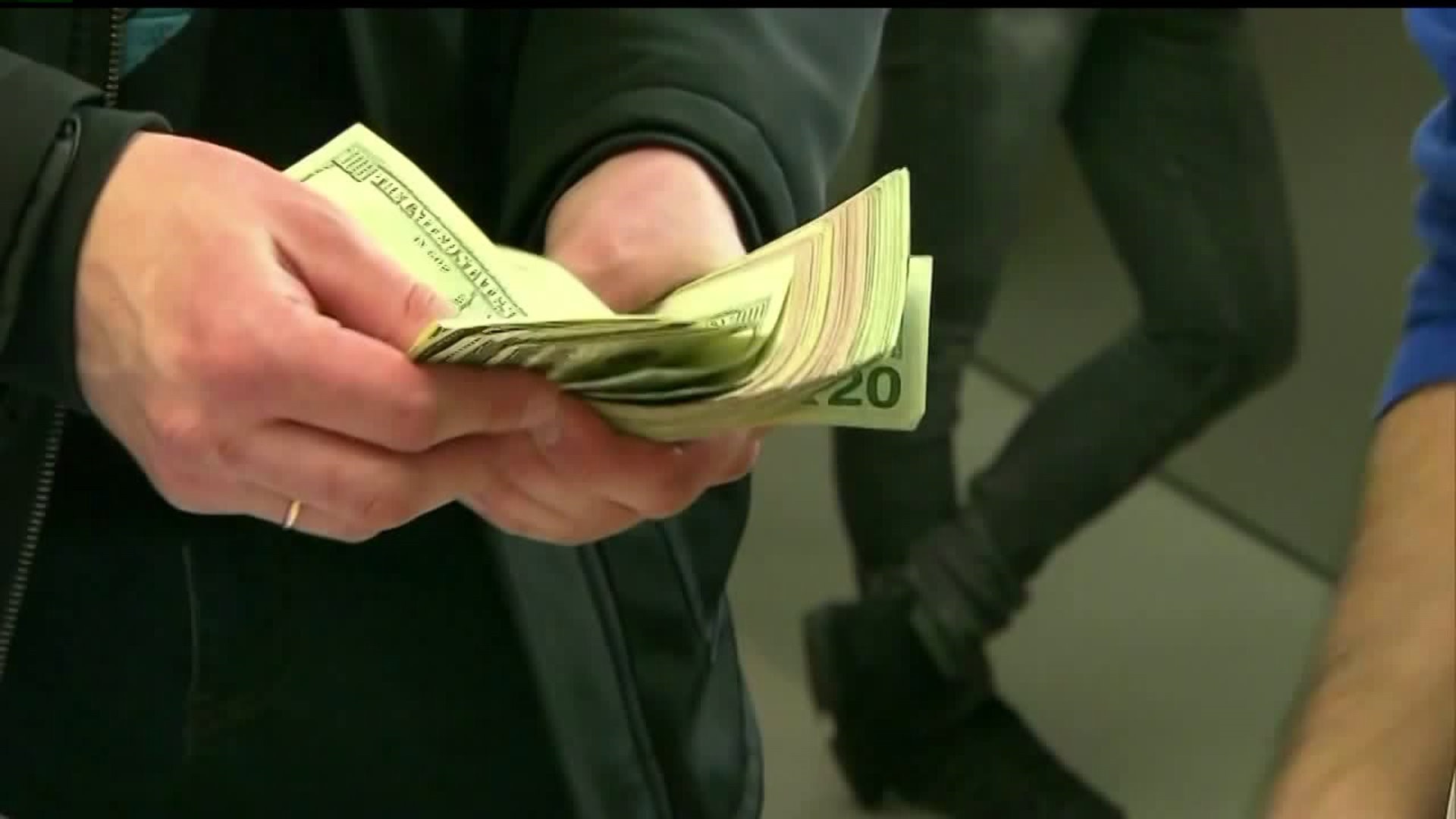 HARRISBURG, Pa. --  Restaurant workers alongside some state leaders came together to bring awareness to the ‘One Fair Wage’ bill at the state capitol in Harrisburg on Thursday.

The bill ties into Governor Tom Wolf's proposal to increase minimum wage to $15 an hour and will allow tipped workers earn a higher pay, plus tips.

“It’s just unconscionable that a person can still make seven dollars and twenty five cents an hour," said Jordan Harris, (D) Philadelphia, State Representative. “If you work 40 hours a week you should be able to take care of your family with one job," he added.

Jim Conway, who works as a server says he is all too familiar with that struggle.

“I have to rely solely on tips from my customers and relying on people they could be having a good day or a bad day and it’s a very uneven amount of pay you never know what you’re going to get," said Jim Conway.

Representative Harris says by increasing the wage, he believes the economy will do better and less people will rely on help from the government.

“There are far too many people who go to work every day and still need government subsidies to take care of their families," added Harris.

As discussions continue among members on both sides of the aisle as part of the budget process, some are unsure if it would be the right move to increase minimum wage.

“It’s very concerning to us in a time where unemployment is very low employers are hiring and looking for a trained workforce," said Sam Denisco, Vice President of Government Affairs, PA Chamber of Business and Industry. “The activists and proponents are failing to look at the actual number of jobs that will be lost," he added.

Denisco says if minimum wage is increased there is a chance that restaurants may be forced to cut down staff as a result of increased wages.

“More than twenty five thousand jobs would be lost, that's a lot of jobs,”said Densico.

The One Fair Wage bill has been introduced and will need to go through committee before getting a vote.