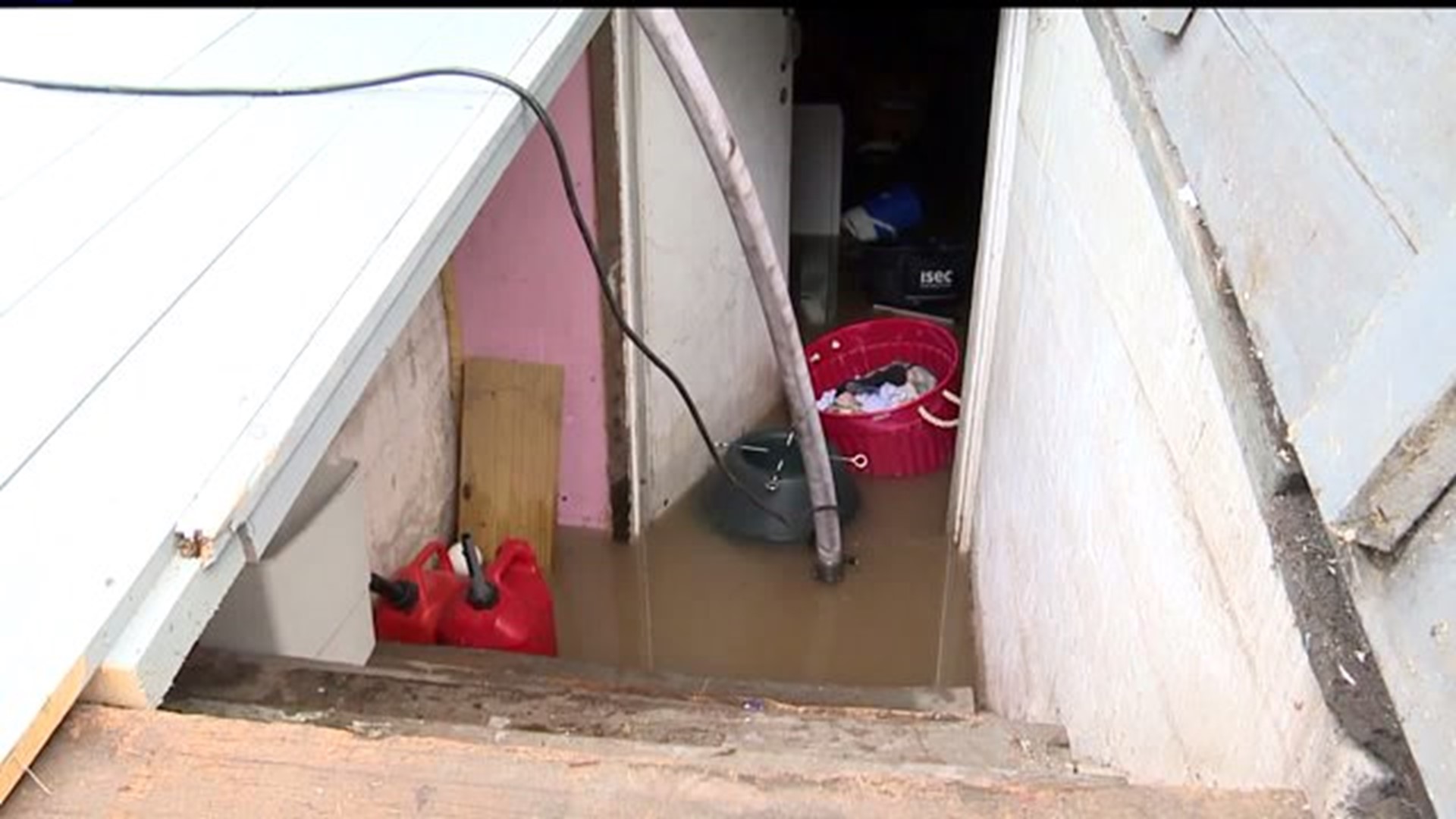 BIGLERVILLE, Pa. - The Biglerville Fire Department says at one point, on Thursday, flood water reached about three feet high. Three people living in apartments along E. York Street had to be evacuated. One woman was a paraplegic and was taken to the hospital.

Bill and Joan Slagle were also evacuated. When they returned home, to their apartment, it looked more like a creek. Almost every inch of their apartment was covered in water and mud.
"I`m just glad the way it worked .That the fire company came," said Bill Slagle.

He and his wife, who have been married for 60 years, will be staying somewhere else until it is cleaned up.

The fire department also pumped out multiple basements. Jamie Grimes had all of her family's keepsakes stored downstairs. It all is destroyed.

"What am I gonna do about all the stuff downstairs. Because 20 years worth of baby pictures, wedding pictures. Everything gone," she said.

She is grateful that the fire department came to pump out the water and that no one and nothing was hurt. Her kids helped get their neighbor out of her apartment and they saved baby bunnies from their backyard.