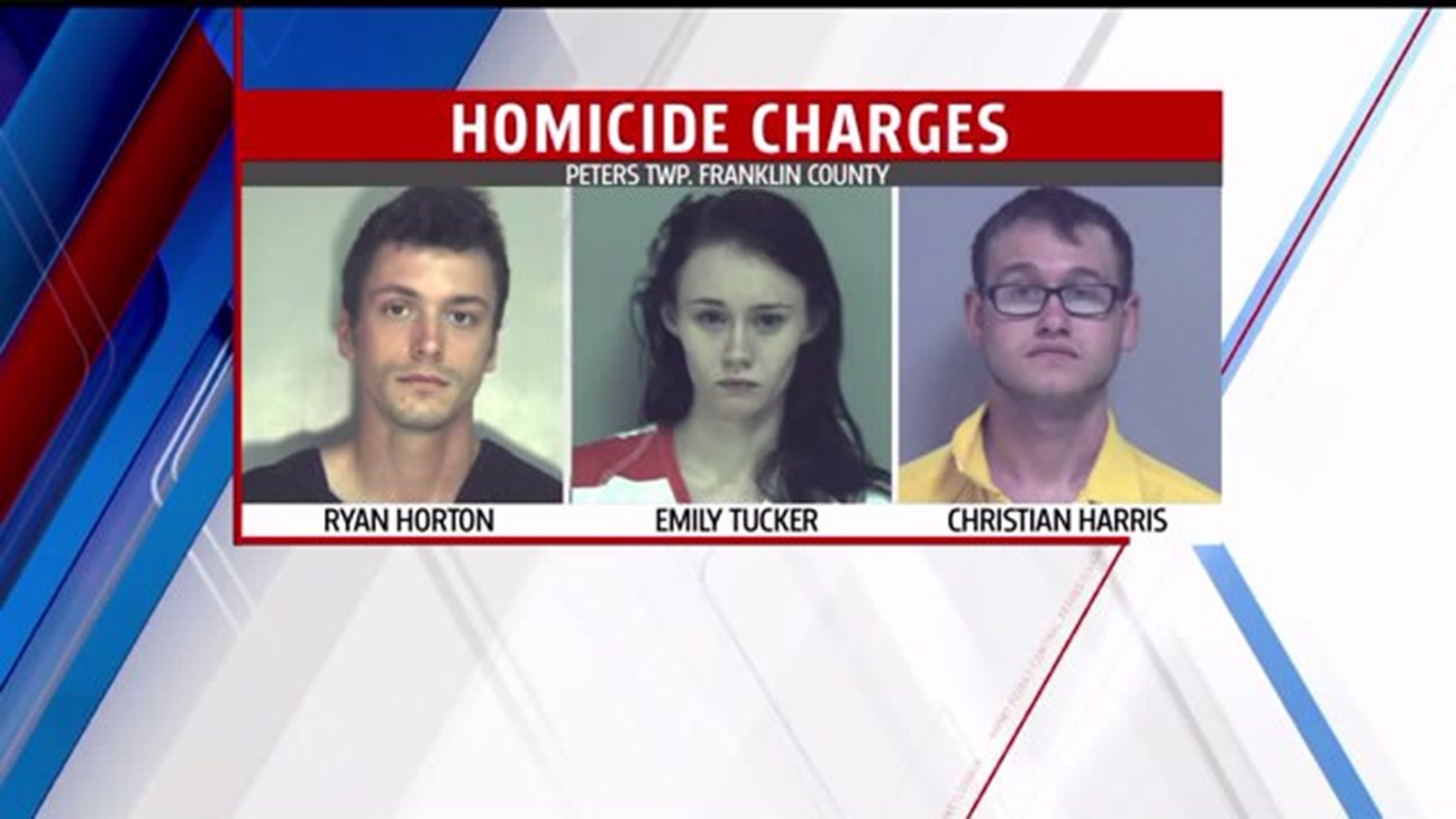 Ryan Horton, 27, was arrested Tuesday and charged with criminal homicide along with Emily Tucker, 21, and Christian Harris, 19. All three are from McConnellsburg, Fulton County.

State police say the trio devised a plan to rob a driver early in the morning of Thursday, June 2. Horton and Harris executed it, leaving a duffle bag in the middle of Pennsylvania State Route 16, with the hopes someone would stop to remove the bag from the road, at which point Horton and Harris would rob them, according to Trooper Rob Hicks of the Pennsylvania State Police.

"At which point the two men hiding in the woodbine came out armed with pistols, robbed the individual and shot him," Hicks said.

The victim was Edward Gilhart, 60, of Hancock, Maryland, who was driving to work at JLG in McConnellsburg.

Gilhart, he says, was simply in the wrong place at the wrong time.

"This was completely random. This guy was not targeted whatsoever," Hicks said.

Gilhart was found with multiple gun shot wounds, including one to his should and another to his head. His car was found in Fulton County, approximately 25 miles away.

According to court documents, Gilhart's body was found lying along PA-16 shortly before 4 a.m. when it was struck by a vehicle. The driver tried to swerve but couldn't avoid hitting Gilhart. He then called 911. Gilhart's death was initially investigated as a hit-and-run, until investigators found gunshot wounds.

On Monday, June 6, a woman went to the State Police Station in McConnellsburg to report a domestic assault involving her estranged boyfriend. The woman, Emily Tucker, then proceeded to tell police how the man she was reporting for the domestic, Ryan Horton, had come up with a plan to get some money by staging a roadside robbery. Tucker and another man, Christian Harris, 19, agreed to go along with Horton's plan.

The plan, according to Tucker, was to plant a duffle bag on the roadway in an attempt to lure a passing motorist to stop. Then they would rob whoever stopped.

The morning of the incident, Tucker told police she dropped Harris and Horton off at the location where Harris planted the duffle bag on the roadway. Both men then hid themselves in the wood line behind a large rock waiting for a vehicle to stop. Both Harris and Horton were armed with hand guns. When Gilhart stopped his vehicle and approached the duffle bag, both men approached him. State Police say Horton then shot the victim multiple times, killing him. Horton then allegedly removed Gilhart's wallet and removed everything from it.

Horton and Harris then both drove off in Gilhart's vehicle. Horton dropped Harris off at his residence, then drove the victims’ vehicle into Fulton County to try and dispose of it. Tucker says she followed Horton to this location and provided him a ride back home after he ditched the vehicle.