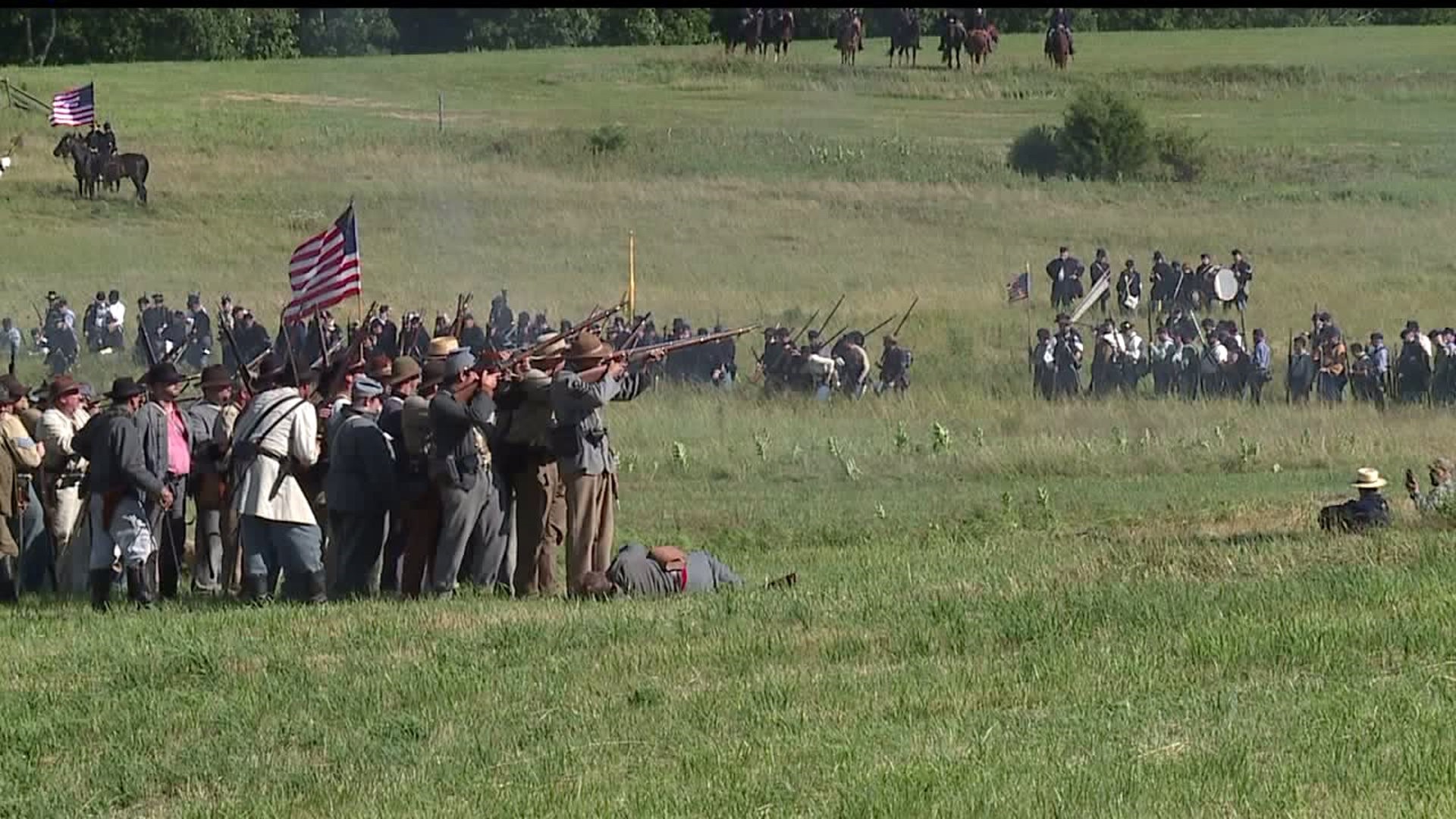 Rain or shine, the battle went on, and it poured on them for a short time, but then, the sun came out and the Yankees and Confederates reenacted the first day of bloodiest battle in North American history, despite the heat and the threat of protests.

The blasts of more than 2,000 Yankee and Confederate reenactors as they face off on the 154th Anniversary of the Gettysburg Civil War Battle.

More than 30 cannons firing and smoke filling the sky at Pumping Station Road, a sunny day for battle after storms came through.

"It came fast and furious. Luck was on our side, and it was enough to cool things down and keep the dust down," said Andrea DiMartino.

Despite the threat of storms and scorching sun, people stayed to watch the first of three days of reenactment of the bloodiest battle in North American history.

"It's not too bad. You get used to it," said Rebecca Greer of Lewistown.

Greer came prepared for the heat.

"I drank quite a bit of water before we even started to keep hydrated, and sometimes we have, when it's really hot, cool rags around our neck," she said.

The threat of Antifa protesters also lingering in the back of some minds. This licensed battlefield guide had a message for anyone against seeing a confederate flag.

"We're just doing history here, just telling people story what happened in this country at the greatest battle in this half of the world. So it'd be kinda hard to do that without flags," said Jim Pangburn, a Licensed Battlefield Guide.

Jerry Preston of Baltimore said the day is about factually depicting the Battle of Gettysburg.

"It is a part of history. It's not a celebration of one side or the other at this time. It is a Memorial. It is a sign of those times," said Preston.

The Annual Gettysburg Civil War Battle reenactment a tribute to the 1863 battle that took more than 51,000 casualties in just three days.

The reenactment will continue now through Monday, July 3rd.