Thousands gather for ‘March for Our Lives’ movement in Harrisburg

HARRISBURG, Pa. — Thousands of people filled the steps at the state capitol in Harrisburg Saturday, rallying for a change in gun control. It was all a par... 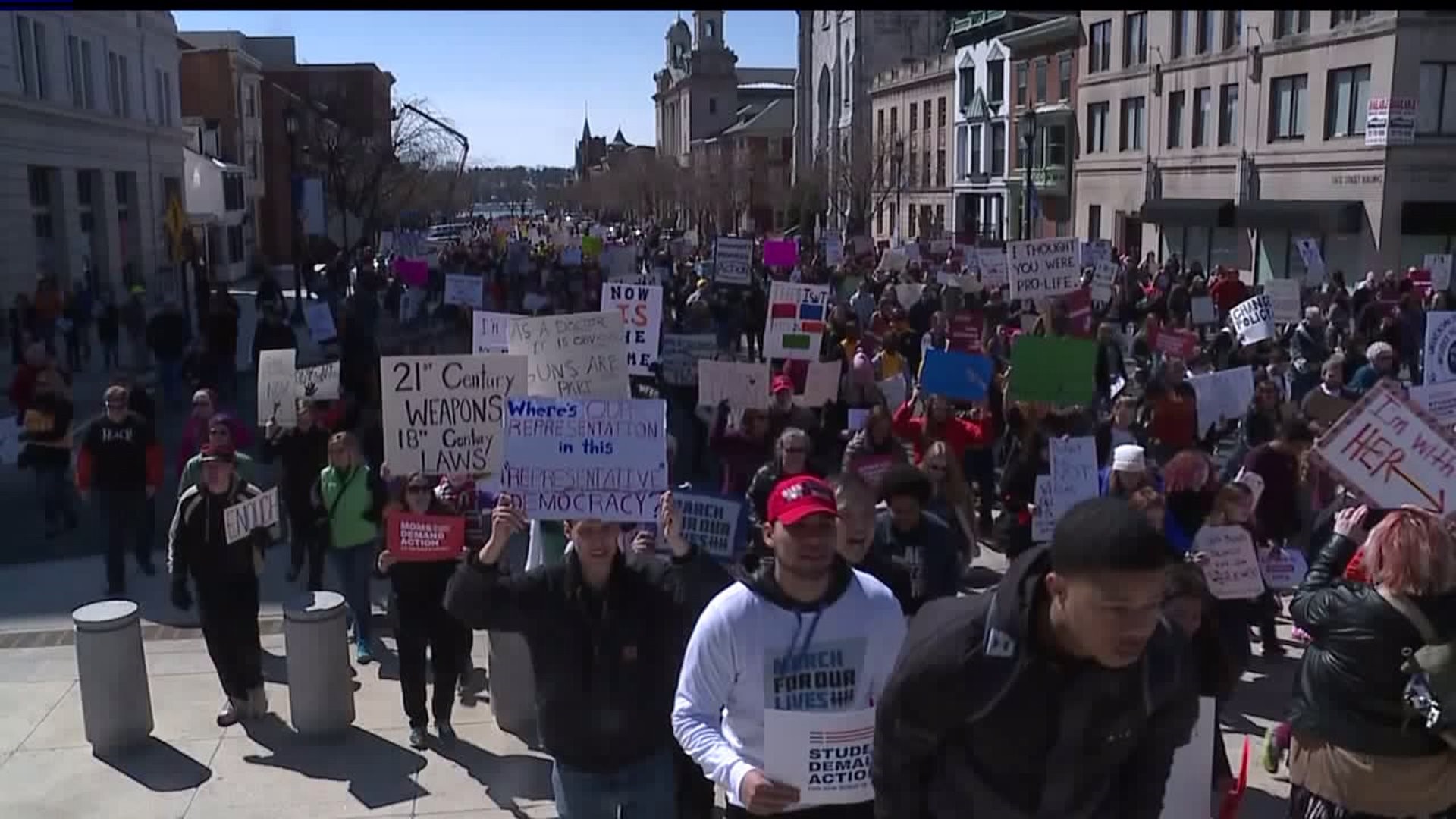 HARRISBURG, Pa. -- Thousands of people filled the steps at the state capitol in Harrisburg Saturday, rallying for a change in gun control.

It was all a part of the `March for Our Lives` movement, following last month's shooting in Parkland, Florida that claimed the lives of 17.

Students, teachers, parents and people from all across the state gathered  urging for congress to change gun laws.

“I say to those in government seats, who sit in golden thrones of wealth, lies and deceit, who abuse their power wrongfully given to them by the people of this country and who refuse to push bills that could help this country, I demand that you act," said Eamonn Wrightstone, junior at Central Dauphin High School.

17-year-old Eamonn Wrightstone says he just wants to feel safer in the place he goes to learn.

“This year I spent $15.91 at Home Depot on bungee cords to secure my classroom door from an intruder, on a hammer to break a window in my classroom so my students could escape," said Ellie Park, teacher at Carlisle High School.

“I would have congress band assault style weapons, like the ones purchased legally by Nikolas Cruz," added Park.

Deborah Raber, a Las Vegas shooting survivor who was was among the crowd, said she too wants assault style weapons banned.

“The mass shooting in Vegas was done with automatic riffles and I think they need to be banned. There’s changes that need to be made," said Raber. “It was horrific and it didn’t stop, it just seemed like the gunfire went on forever, people behind us were shot, we hit the ground and laid there for 17 long minutes," added Raber.

While the event was difficult for her, she wants her voice heard.

“I’m here to try to help, I need to find something that will help me heal and help me heal the kids, too." said Raber.