‘They’re the adults in the situation,’ Neighbors react to York County couple charged in teens deaths 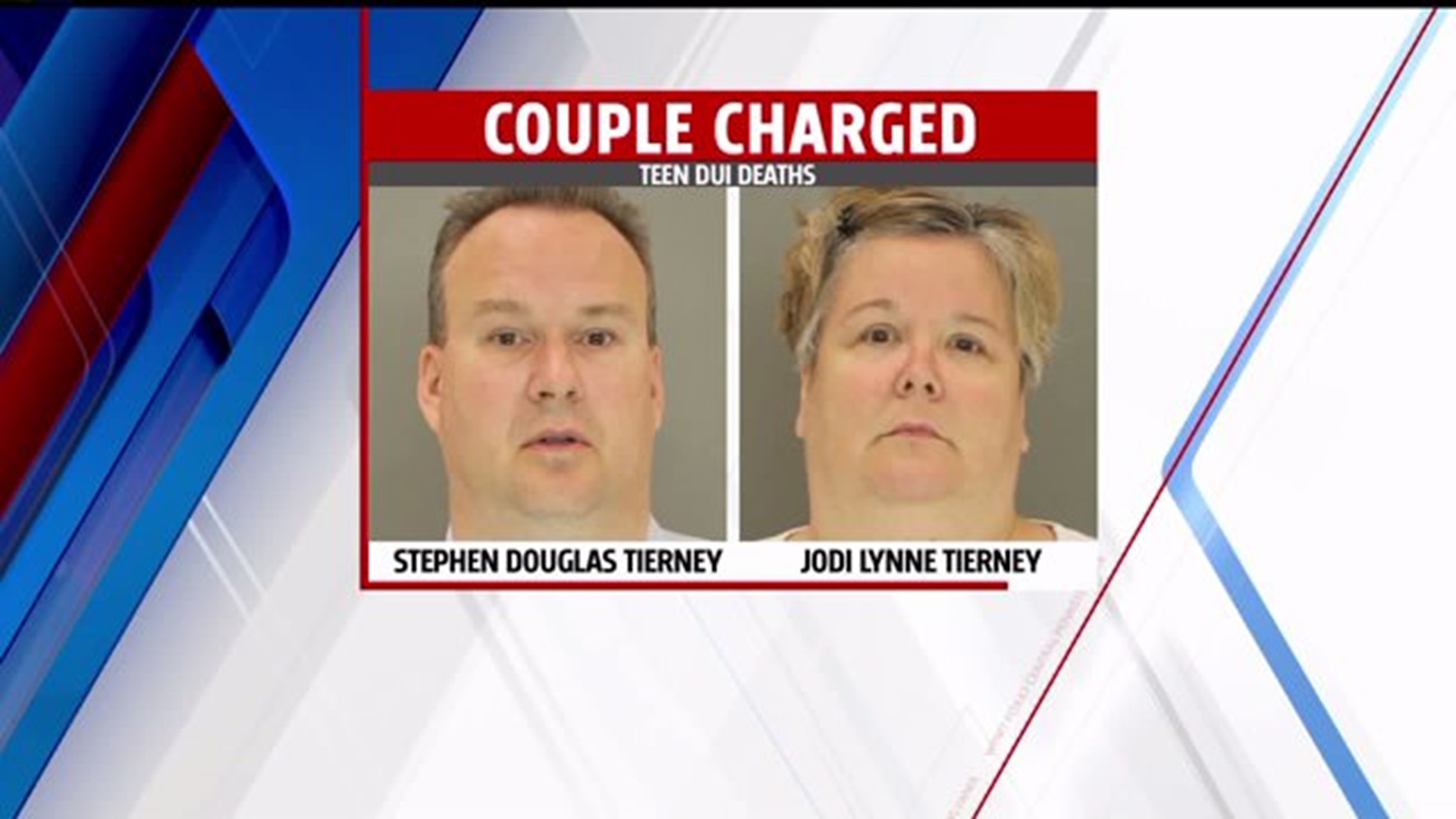 No matter what some think about supervised teen drinking, the law says the adults who served the alcohol need to be held accountable.

York County chief deputy prosecutor Tim Barker said, "The course of conduct, the pattern of behavior, this is basically the safe house for minors to consume alcohol."

All is quiet at the Windsor Township house in York County on a Friday afternoon, but court documents state that what happened here nearly a year ago, led to the death of two-teenage boys.

"Before they drove away, the defendants were aware that these minors consumed the alcohol, and those factors when you put them together," Barker said.

Neighbor Michelle Highsmith said, "If the parents chose, being that it is their house, that they chose to do that themselves, that is their own free choice, but at the same time be smart and don't let the kids have their keys."

The evidence includes posts made to Snapchat and Instagram showing minors drinking at the Tierney's home, as well as a post made by Jodie Tierney herself, that boys who did landscaping around her house could be paid in food and drinks.

It's why the York County couple faces charges of not only providing alcohol, but endangering the welfare of children, corruption of minors, and involuntary manslaughter.

"When you allow a minor under your care, under your watch, to engage in conduct that is potentially harmful, and illegal, you're responsible for what happens to them," Barker said.