‘The Stigma Campaign’ gets people talking about disabilities

HARRISBURG, Pa — A new campaign is aimed at getting people to talk about disabilities. People can find the stigma campaign’s message by just driving... 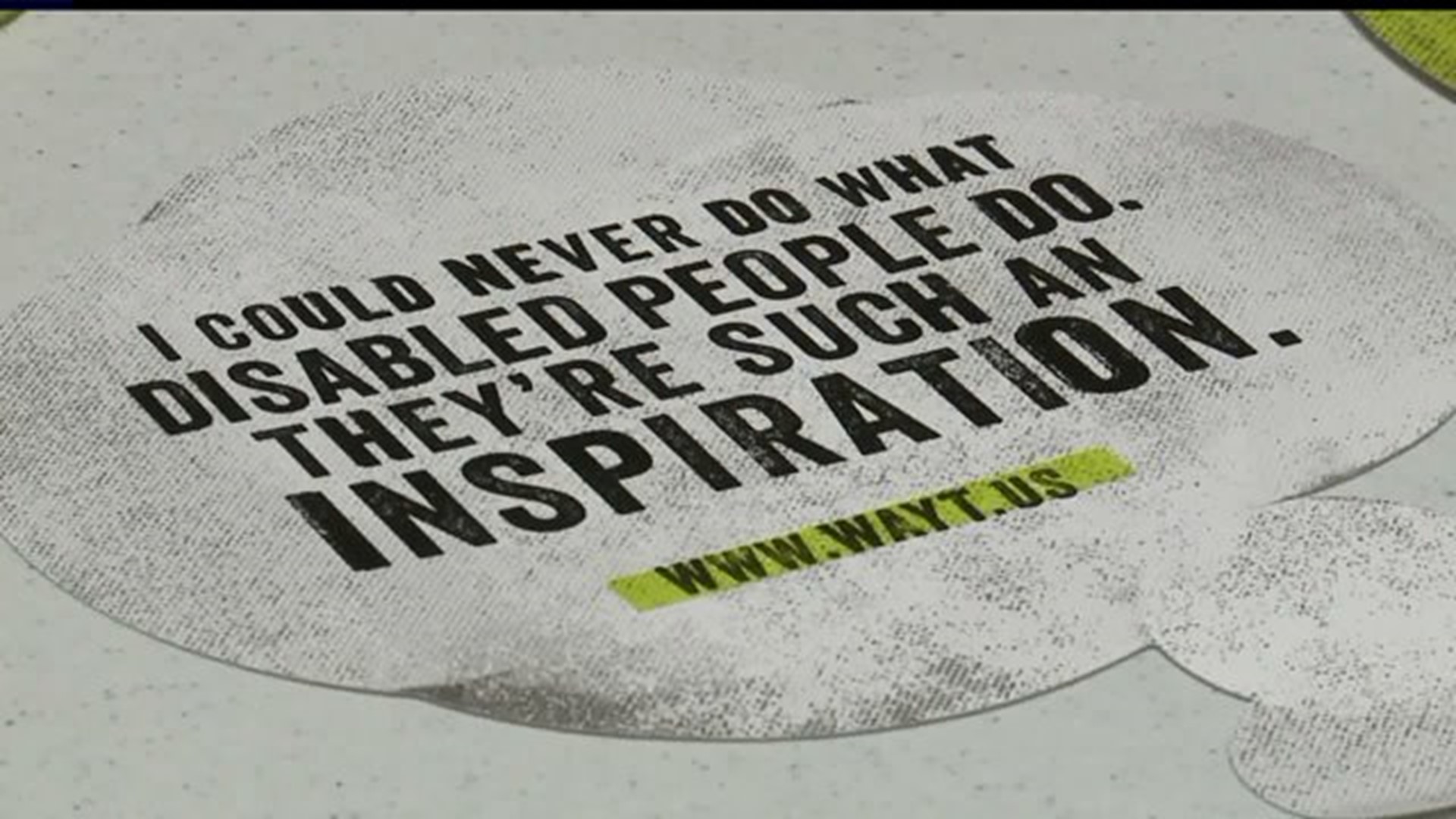 HARRISBURG, Pa -- A new campaign is aimed at getting people to talk about disabilities.

People can find the stigma campaign's message by just driving around Harrisburg.

A park bench or a road sign may have quotes addressing the way some people view others with disabilities.

The hope is that these signs will get people talking and in turn, change their views on mental or physical health issues.

‘The Stigma Campaign’ gets people talking about disabilities

According to a 2012 study, almost 80% of Pennsylvanians feels awkward or uncomfortable around people with disabilities.

The council says it was hard to decide if some of the quotes were too harsh, so they left the final decision up to the people most affected.

"The people with disabilities themselves said almost universally 'we listen to this stuff every day. You’ve got to put this stuff on the streets ,” said Graham Mulholland, PADDC Executive Director.

The ultimate goal for the campaign is for people to view others with a disability as just another form of diversity.

in the future, the PADDC  hopes to go to schools around the state to discuss the topic of acceptance with younger generations.