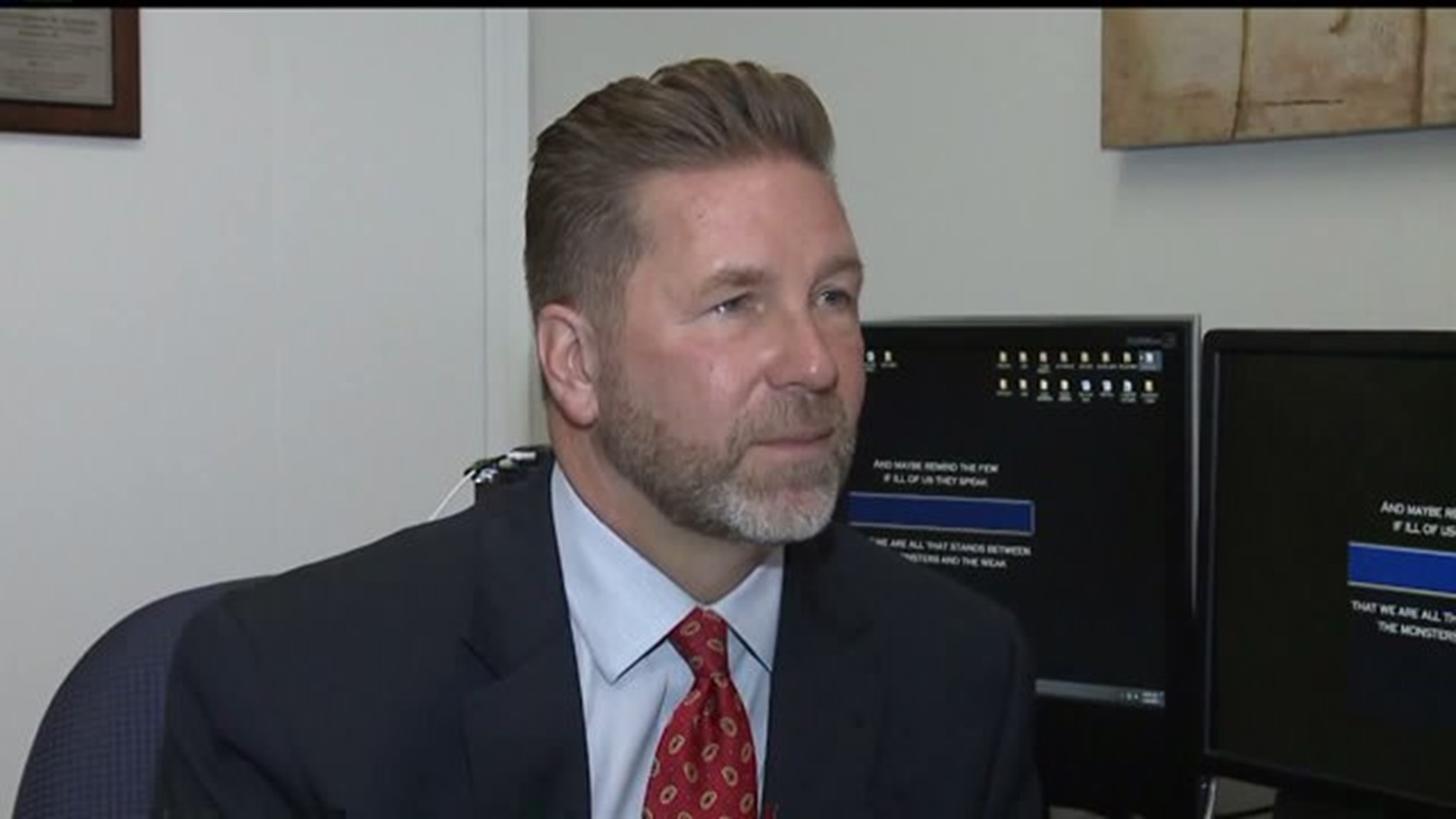 To most of society the crime seems unthinkable: adults whose sexual preference is children.  Predators who watch videos and look at images of children as young as infants involved in sexual acts. It's happening all over the world, and here in Central Pennsylvania.

Goodrow supervises the Child Predator Section in Central Pennsylvania. The unit is part of the Attorney General's Office.

"We are responsible for going out and identifying individuals downloading child pornography. In addition we also do a lot of online chatting with individuals who are looking to exploit children over the internet through social media, Craigslist, Backpage, places like that," said Goodrow, who gave FOX43 a first-hand look at how the team operates, and took our cameras along as they set out to arrest two men suspected of downloading child pornography.

Case One
"These are the guys you hear about when you are a kid, you know the boogeyman. These are the guys who will prey on children. That's what our unit does we protect children," said Goodrow as he drove with our cameras rolling to the home of their first suspect.

On our first day with the team the agents went after Todd Lesko of Harrisburg. "He is a nurse practitioner so I'm not sure of his schedule, but he works in Enola at the new hospital," said Brittney, a special agent who briefed the team before they went to the suspect's home.

Shortly after the team approached Lesko's apartment prepared for anything, but he wasn't home. Armed with a search warrant they searched his apartment for anything that could be storing child pornography. They took several computers, CD's, and a thumb drive to their forensic van waiting outside.

On scene
While forensic analysts go through the evidence, other agents can interview a suspect in the back of the van while the interview, and sometimes confession, is recorded.

"There is some sort of perversion for children. When we talk to these guys they will even tell us sometimes they don't think it's bad that they like children," said Goodrow.

Agents remove and search the hard drives and within minutes analysts find what they are looking for, pornographic videos of boys, some as young as toddlers.

Agents arrest Lesko at his work and charge him.

He was confined to the Dauphin County Prison after failing to post $26,000 bail. A preliminary hearing is tentatively scheduled for July 15.

Case two
On our second day with the team the agents target Lawrence Posey of York.

"We were able to download one video on three separate occasions. The last download would have been March 31 so they are pretty recent videos," said Brittney, a Special Agent who briefed the team at a location near Posey's home.

After the briefing and a carefully planned approach the team moved in.

Posey wasn't home, so agents moved in and searched his home. They removed computers, phones and other devices and immediately scoured through them in their forensic van parked out back.

Within minutes analysts found child pornography. "Is all the stuff little boys?" Goodrow asked a forensic analyst. "Yes," he responded.

Agents tracked down Posey at his work about an hour and a half away and arrested him.

It's a crime unlike most that police investigate. Every clip or image agents find has to be looked at and verified. "They're seeing for eight hours, bad stuff. To see children being raped online, to see the video and the pictures of bondage of infants takes a toll on these guys," said Goodrow.

Child Predator Section
Recently the legislature allocated more money to expand the unit statewide.  "I think in 2013 there was only 19 arrests in child predator, last year there was over 100, I think 169 last year," said Goodrow, who praised the additional resources.

Suspected child predators can be reported to the Office of Attorney General by calling the Child Predator Hotline at 1-800-385-1044. Individuals who suspect an online predator or child sexual abuse can also send an anonymous tip to the office by texting PAKIDS + YOUR TIP to 847411.