The fight to legalize industrial hemp

State senators gathered in support of a bi-partisan bill that would legalize the growth of industrial hemp in Pennsylvania. “It will help domestic farming... 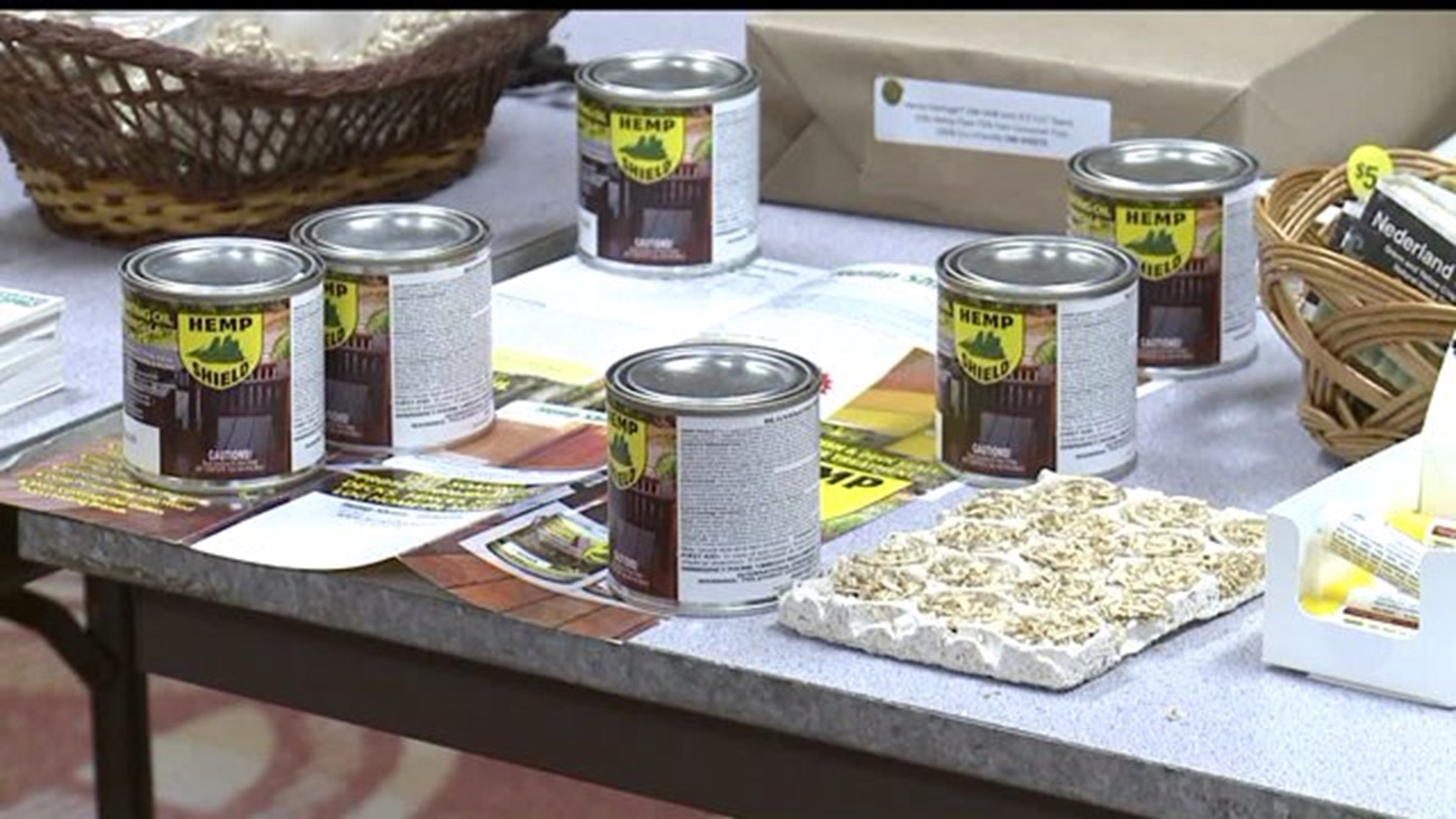 State senators gathered in support of a bi-partisan bill that would legalize the growth of industrial hemp in Pennsylvania.

Senators Folmer and Schwank showed their support for the bill during Saturday's opening of the Pennsylvania Farm Show in Harrisburg.

"This is going to be a great thing for the state of Pennsylvania," Senator Folmer added.

Industrial hemp is often associated with Marijuana but it's quite different. Hemp is a diverse crop with many uses including paper, plastic, cement, wood and fiber. Hemp seed oil would treat epilepsy, migrane headaches, glaucoma and nerve pain.

"This is about education and I think once our colleagues see the win-win-win scenario here I believe that this should be a no brainer," said Senator Folmer.

Industrial hemp has been used throughout American history but was outlawed in the 1940's. Today, hemp is a $500 million dollar industry.

With 7.8 million acres of farmland, Senator Folmer says Pennsylvania is prime for hemp and vital for the future of farmers. "It's a win for Pennsylvania agriculture to allow our farmers to stay on their farm, be profitable, gives them another cash crop, it's a great cover crop," he added.

And with Pennsylvania's rich history in hemp farming -- farmers say it's about time they bring it back. Adam Thompson wants to take part in the Licensed Pilot Program on his family's 20 acres of land in Lycoming County.

"I have a relationship with a farmer that's willing and ready to grow hemp and then he also has the ability to take that hemp seed and mill it into hemp seed oil which will then be sold to local grocery stores," said Thompson.

That could be the reality if the bill passes. The state can then apply for a permit to grow the seed, for research purposes only.

At least 20 states have declared hemp farming legal but only three have licenses to grow the seed -- Colorado, Kentucky and Vermont.