HARRISBURG – A  set of Confederate flags has been permanently removed from the State Capitol after one of the flags was taken down by a state representati... 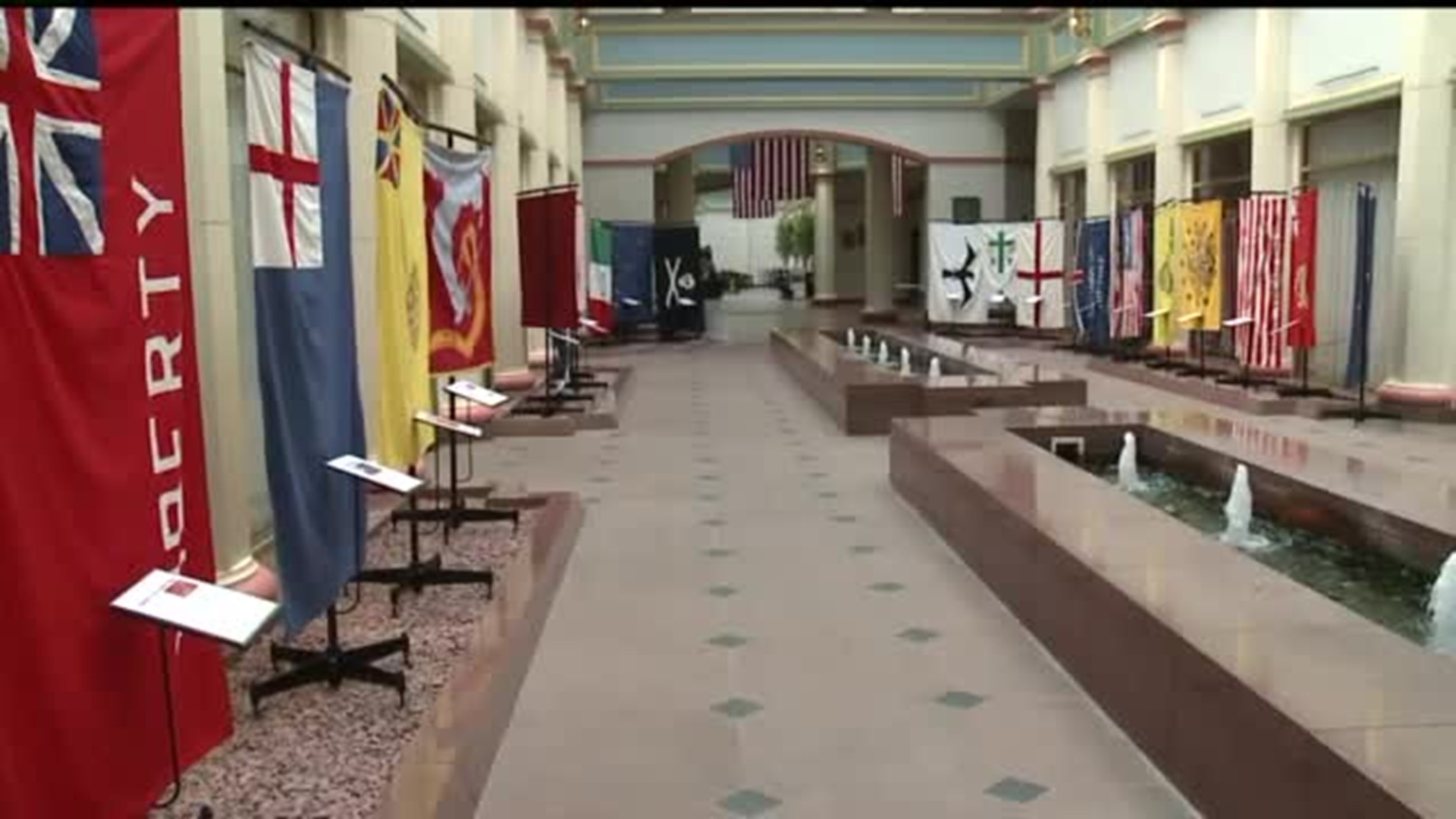 HARRISBURG - A  set of Confederate flags has been permanently removed from the State Capitol after one of the flags was taken down by a state representative, only for it to be put back up before they were all taken down.

A display of historical flags sponsored by the Hanover Area Historical Society has been in place at the East Wing of the Capitol Complex for at least two weeks, but it became controversial on Flag Day, of all days.

It was around 5:30 Tuesday afternoon when Rep. Vanessa Lowery Brown, a Democrat from Philadelphia, saw the Confederate flag and took it down.

"I immediately went into action, and I said, there's no way people of authority know that a Confederate flag is flying here," she told FOX43.

Brown says she gave the flag to House Speaker Mike Turzai, whose office turned it in to Capitol Police Wednesday after they were called to investigate the incident.

The society was to hold a media event on the display Wednesday when members noticed the flag was missing and called the authorities.

"We did not intend to cause offense to anyone by presenting this historical display," Debra Markle, of the society's board of directors, said. "History is a compilation of good and bad. It is important to tell the full story and not just gloss over the negatives."

Capitol Police returned the flag to the historical society, which hung the flag back up. Moments later, the governor's office caught wind of the incident and ordered the Department of General Services to remove the set of Confederate flags.

The Department of General Services approved the use of space by the society for the display, which has gone on for many years, but it does not approve or deny the content in the display, Sheridan said.

Brown does not necessarily oppose the display of Confederate flags, so long as there is an explanation of the full meaning and symbolism to different groups, she said.

"That is the most important thing about this is making sure that the shame of it all doesn't keep us from talking about it," Brown said.