WEST LAMPETER TWP., LANCASTER COUNTY, Pa. — About 180 high school students busts a move on the dance floor at the DoubleTree Resort by Hilton Hotel to rai... 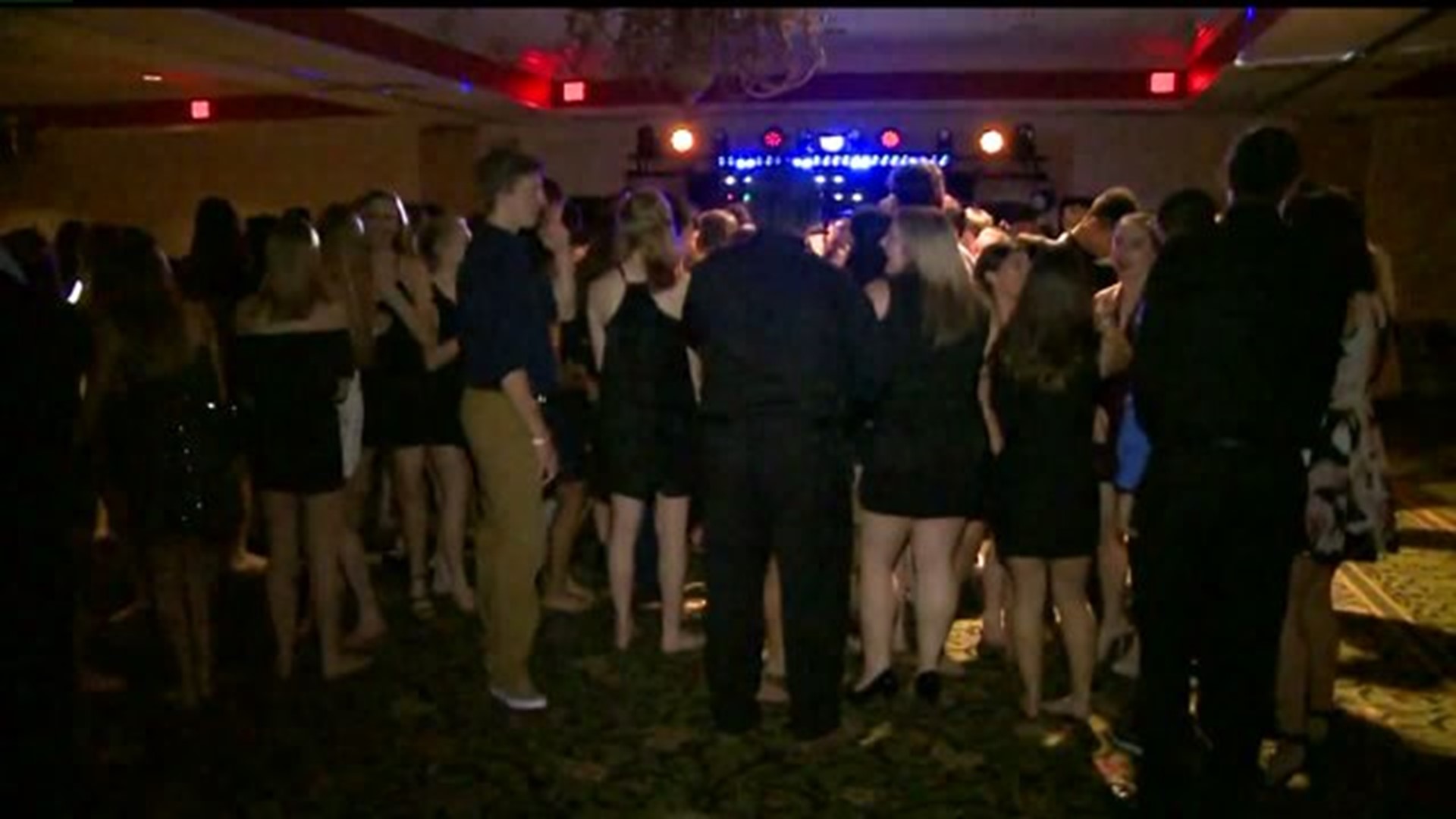 WEST LAMPETER TWP., LANCASTER COUNTY, Pa. -- About 180 high school students busts a move on the dance floor at the DoubleTree Resort by Hilton Hotel to raise money for the homeless.

Devin McMahon, a junior at Lancaster Catholic High School had the idea to start a non-profit to help the homeless last year, called the Mother Teresa Project.

McMahon said, "I would go into Central Market with my parents and i would go to Weavers, get like a $10 sub and a drink and then I'd go out to give it to them. And their reaction was just priceless."

He then decided to raise money for people in need with the Heart of Gold Gala, a dance for high school students.

Kids from Lancaster Catholic, McCaskey and Lancaster Country Day School came out to show their support.

Mike Foley, the chief director for the Lancaster County County to End Homelessness, said, "It's really nice to see all the different schools start to get involved at different levels to help the local community and the people, their neighbors, and the other students at their school."

Guests were able to read the stories of homeless people in the area and learn more about the issue.

Foley said, "It's really important for the young generation and the kids in school to understand the complexity of the problems of poverty and homelessness."

McMahon said,"They can make homelessness a temporary situation rather than a lifestyle."

He raised about $1,800 at this gala to give to different organizations, like the Transitional Living Center, that help the homeless in Lancaster County.

McMahon said, "It's honestly breathtaking to know that that many people believe in my cause and want to help out it's just a beautiful thing."