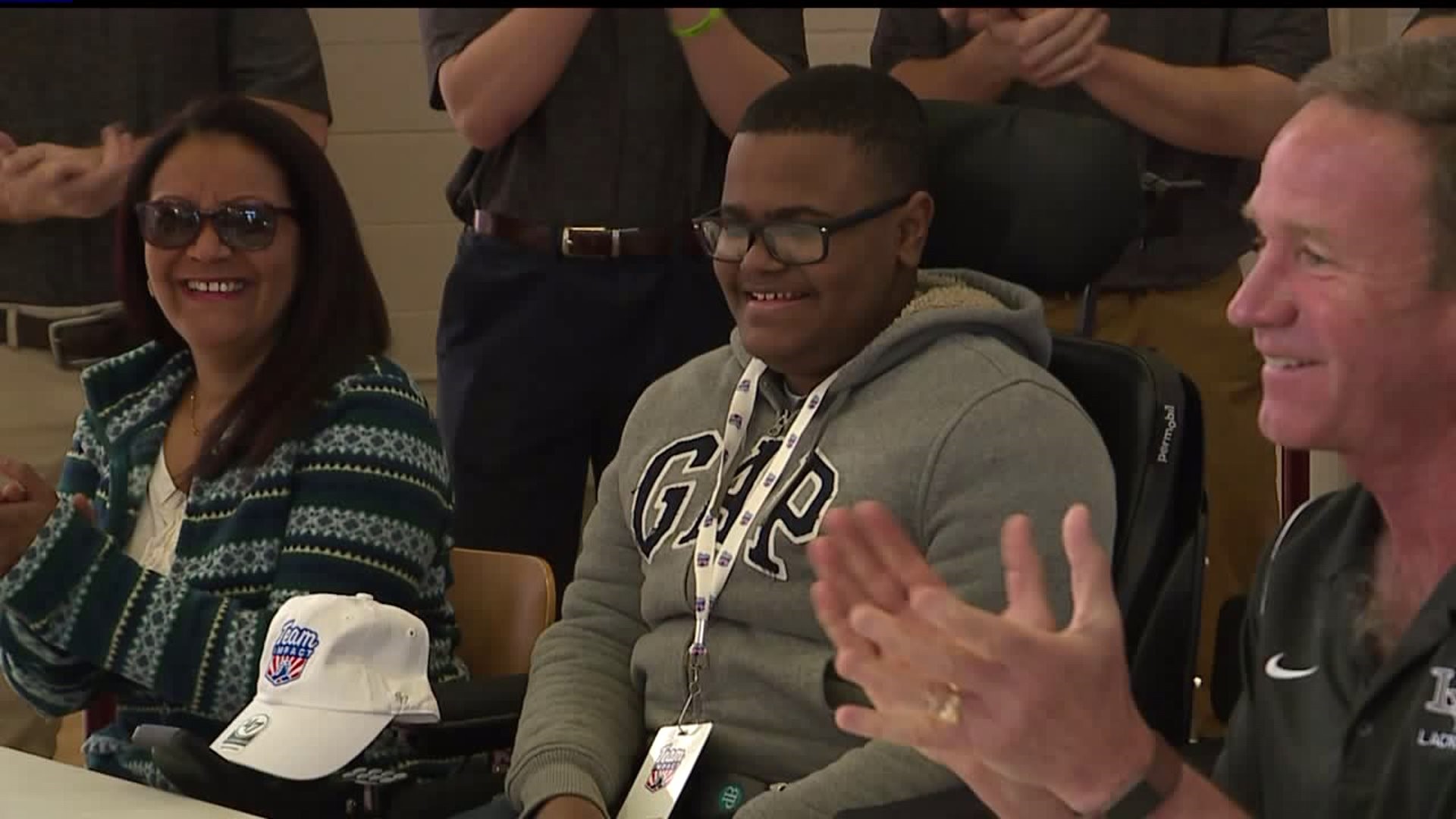 15-year-old, Freddy Romero-Cabrera signed his official letter of intent at the college Saturday.  In 2011, Freddy was diagnosed with Duchenne's Muscular Dystrophy. Despite that diagnosis, Freddy is taking every opportunity to get involved.  The draft was made possible by Team IMPACT, a Boston-based non-profit that connects children facing serious and chronic illnesses with local college athletic teams, forming life-long bonds and life-changing outcomes.

This is the first time the LVC team was selected to take part, and say they are happy to have Freddy join the ranks. Freddy says lacrosse is a fun sport to watch and is a little nervous, but excited to be a part of the team.  As a member of the Flying Dutchmen, Freddy will be a part of practices, games, team dinners, events and more.

Since 2011, Team IMPACT has matched more than 1,400 children with more than 500 colleges and universities in 47 states, reaching over 50,000 participating student-athletes. The child joins the athletic team and the student-athletes join the child’s support team. Throughout the journey, the child gains strength, camaraderie and support while the student-athletes experience lessons of courage, resiliency and perspective they can’t learn in a classroom.