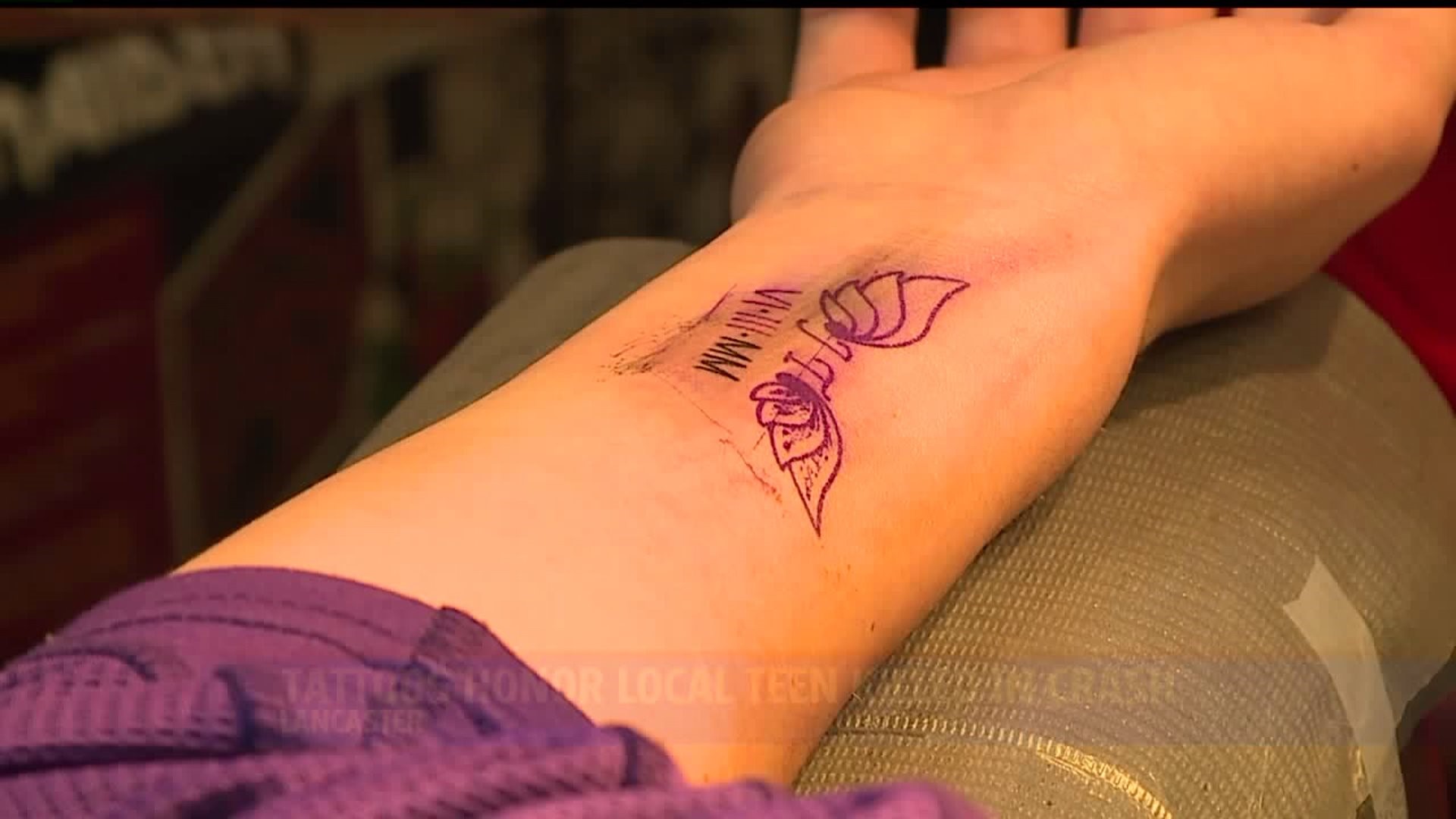 18-year-old Jaden Truskey was killed after he lost control of his car on a patch of ice in Ephrata last weekend.

Getting a tattoo is one of the most permanent things a person can do, and those friends did it to never forget.

Once bare skin is now a daily reminder for some Ephrata High School students.

“Getting the tattoos was a really big deal for us just because it’s a reminder. You see it every day, and he’s just always there with you," said Kristen Homan, a junior at Ephrata High.

It's a first ink for Homan and Jocelyn Umana.

"It wasn’t very sad to go because there was so many people. It was so meaningful, and it was just kind of awesome that all of us were doing it... so it was more of a happy time than it was a sad time for all of us going at the same time," said Jocelyn Umana, a junior at Ephrata High.

The Ephrata High School graduate was living out his dream of playing college soccer at Penn State Abington and having a successful freshman year when he was killed in a car crash.

Friends say he was driving to meet his girlfriend’s parents for the first time.

"Split second thing. I was saying the night I found out, I was really angry. Stuff like that shouldn’t happen to good people, especially at the peak of his life. I mean he had just came home from school, he was on break, he had his girlfriend he was going to visit," said Aj Morales, Jaden's friend.

Morales and Jaden go way back.... friends both on and off the turf.

"Our senior year, he got hurt the one game, and our coach said it the other day, and he came off and said to the coaches, ‘I think I broke my foot,' and like he played the whole rest of the game, and didn’t let that affect him," explained Morales. "He was a pretty special player in that sense that he could play with such a serious injury and push through for his team.”

People who knew Jaden say he was a great teammate to have and an even better friend.

"He was there for you when you needed it, he was there to have fun with you too. He was just all around a great person," added Umana.

Friends tell us they’re in the process of trying to set up a soccer tournament in Jaden’s name at Ephrata High School so his love of soccer continues on.