“I was just really scared for my family, because what would happen to my kids without me,” said Sonya Pinto. Sonya was in her 40’s when she un... 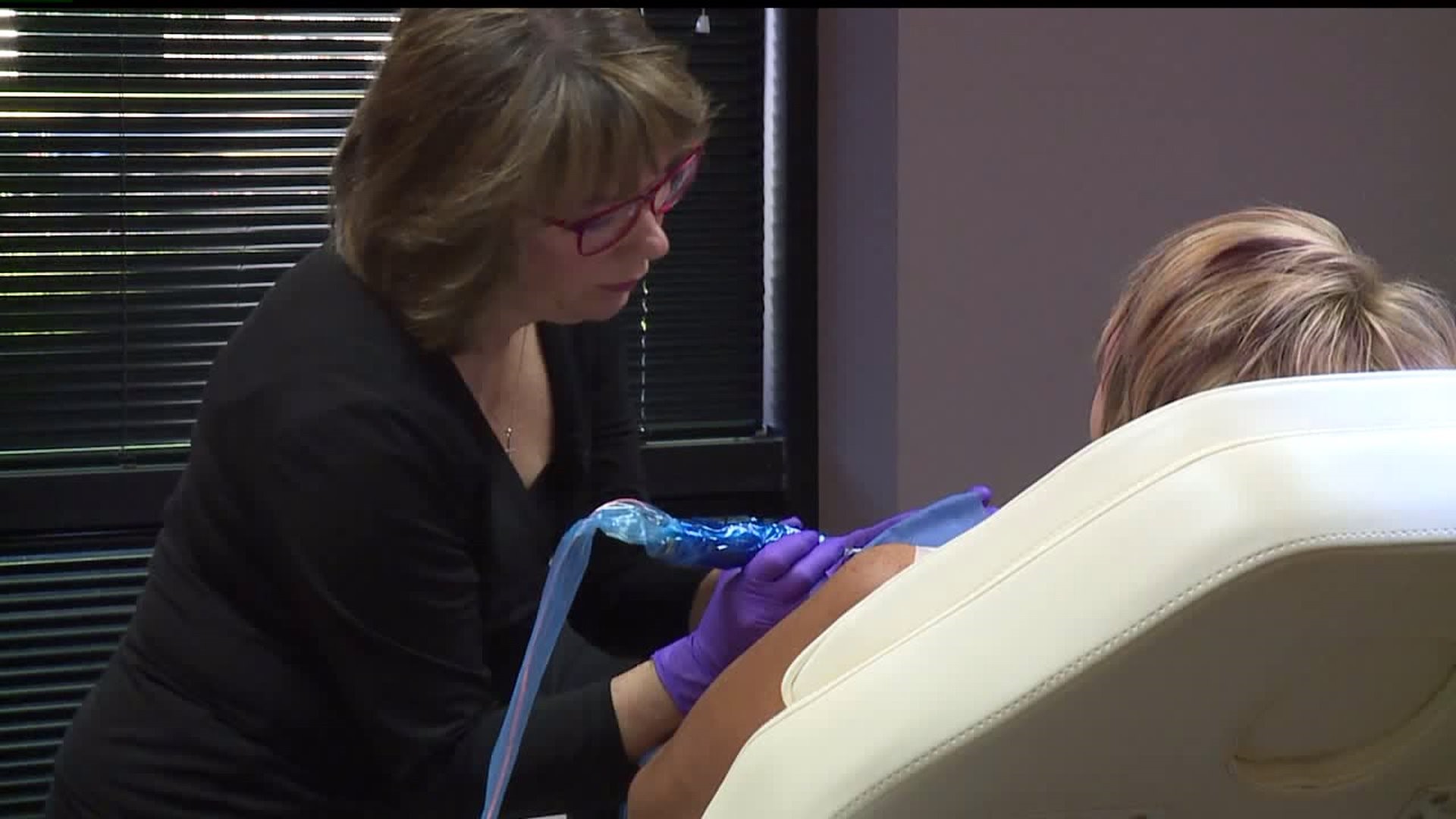 "I was just really scared for my family, because what would happen to my kids without me," said Sonya Pinto.

Sonya was in her 40's when she underwent a double mastectomy after being diagnosed with breast cancer. Like so many women, she chose to have reconstructive surgery. However, the emotional battle that followed was just as challenging for her, as fighting cancer itself.

She says her family gave her strength to physically fight breast cancer in 2015. The battle though, from reconstructive surgery after a double mastectomy proved to be more than just physical.

"You're just not prepared," she said.

Prepared for what her new breasts looked like. They didn't have nipples or areolas when her doctor suggested medical tattoos, and luckily for her, she didn't have to go far. Her co-worker at Medical Cosmetics, LLC in Lancaster County, Michelle Phillips, was a licensed medical esthetician.

"I know that in the room, I can help people feel better about themselves and that's something I love to do. I think it helps me, as much as it helps them because it helps to give," Phillips said.

Michelle draws hope for her clients, replacing what cancer took from them with a 2-hour process called areola repigmentation. She uses stencils and a variety of different colors to create a natural, 3D tattoo.

"What's nice is that the surgery has caused them to be numb for a fairly long amount of time, so it's pretty almost like a painless procedure," she said.

Working with breast cancer patients who have lost of part of themselves, often times literally, is one of her greatest joys.

"This is not something that anyone wants to go through, at all, so when you help somebody that's gone through it and you get to make her feel like a woman and more like herself again, I can't even tell you... that's like the best feeling in the whole world," Phillips said.

Sonya says she had no idea how something underneath your clothing that most people never see, could have such a big impact on how you feel.

"It was just very strange to see yourself without that for so long and then all of a sudden you do and you're just like, god, I just look normal again. I literally don't cry every time I get out of the shower and look in the mirror anymore and I'm so thankful....so thankful to Michelle, just so thankful to be here," Sonya said.