“Taps” in Glen Rock restricted to Sundays and holidays

GLEN ROCK, Pa. — One Glen Rock man plays “Taps” every night at 8 p.m. Outside his home to honor the people who have served our country. But no... 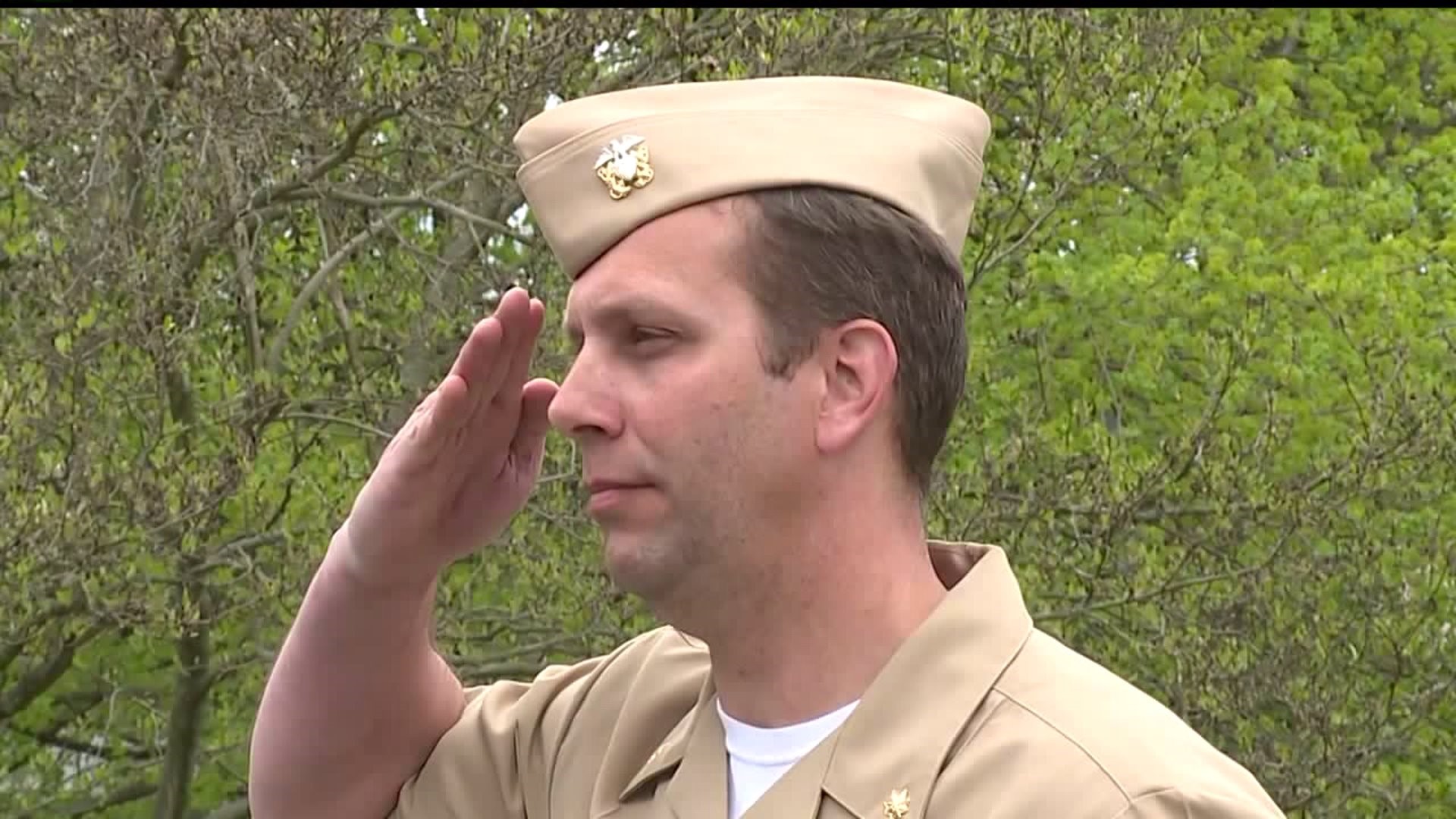 GLEN ROCK, Pa. -- One Glen Rock man plays "Taps" every night at 8 p.m. Outside his home to honor the people who have served our country.

But now that may change.

Five council members voted at a borough meeting to restrict Joshua Corney from playing "Taps" to Sundays and holidays.

But one council member was not in attendance: Corney himself.

Corney said council members knew he wouldn't be at the meeting because he was getting surgery, and the issue was not on the agenda.

He is asking residents to sign a petition to allow him to keep playing every night.

Corney said, lTaking 57 seconds out of each day to show our community and our country that we stand behind the men and women of this country and what they do on a day-to-day basis, 24 hours a day, 365 days a year, that's what this is for."

The borough council president said in a statement that Corney is not prohibited from playing "Taps," and the solution would not be in violation of the Nuisance Ordinance.

He adds the issue was on the agenda but not emailed out ahead of time, and none of the council members knew Corney was not going to attend.