A new video purporting to show York County woman Caitlan Coleman and her Canadian-born husband Josh Boyle has been released by their Taliban captors. The video,... 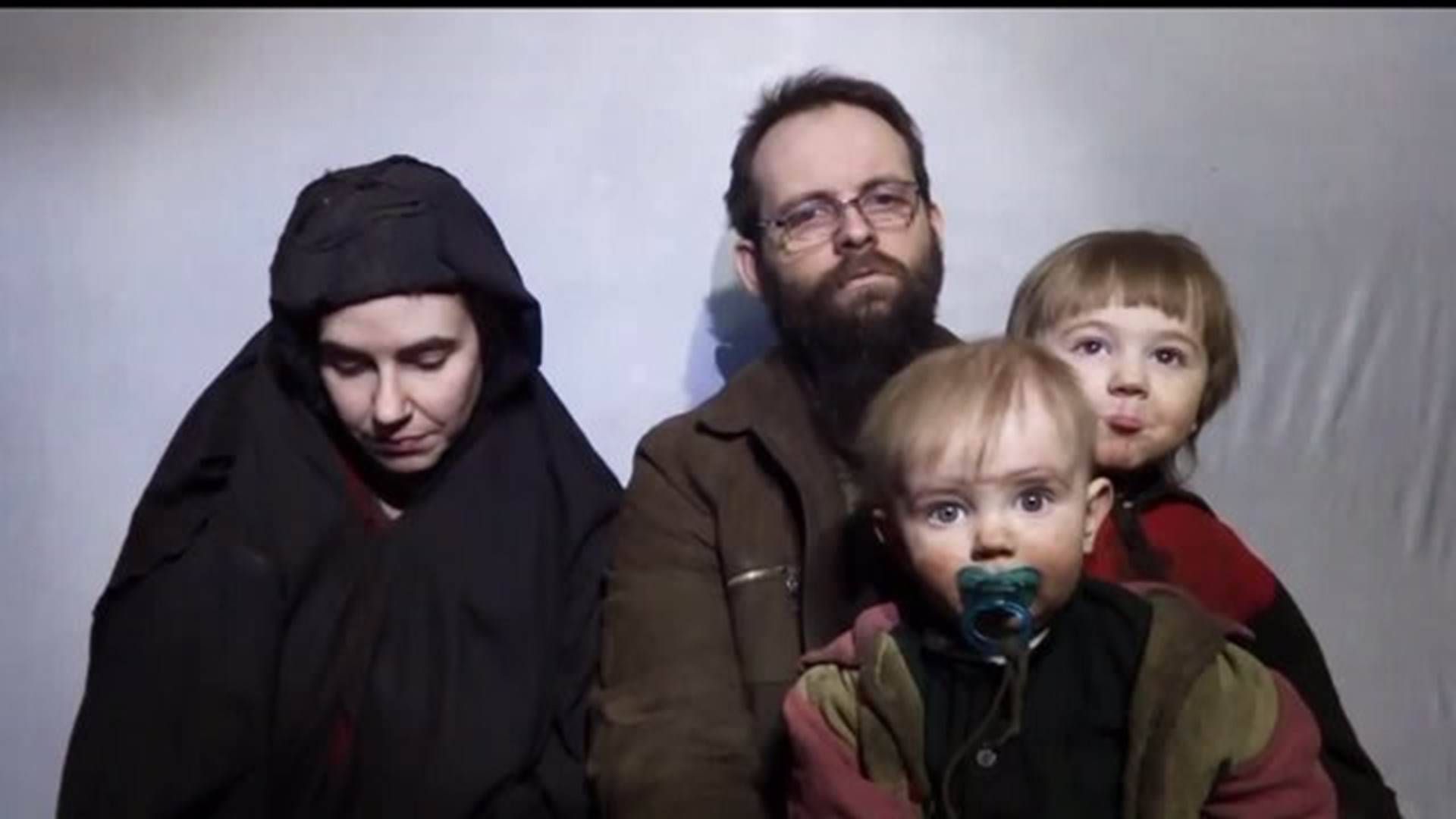 A new video purporting to show York County woman Caitlan Coleman and her Canadian-born husband Josh Boyle has been released by their Taliban captors.

The video, which was uploaded to YouTube on Monday and has not been verified, shows the Stewartstown native with her two sons.

Coleman was pregnant when she and Boyle were kidnapped in Afghanistan in 2012 while on a backpacking trip.

The video is more than 4 minutes long; more than 2 1/2 minutes are Coleman and Boyle pleading with the United States government to give into their captors demands, book-ended by written messages on a black screen, "In the name of Allah..." and "The release of this couple and their children will not come into realization until all our demands are met."

Coleman refers to the 4-year run in captivity as a "Kafkaesque nightmare," telling the viewer, "My children have seen their mother defiled."

Both sons appear healthy in the video.

To the President, she says, "Obama: Your legacy in leaving office is probably important to you. Our lives and those of our children are to us. Please don't become the next Jimmy Carter."

Moments later, she speaks to Trump, "They want money, power, and friends," Coleman says of her captors. "You must give them these things before progress can be made."

Caitlan's parents, Jim and Lynda Coleman, have avoided interviews. FOX43 spoke with Jim Coleman off-camera at the front door of the family's Stewartstown home. He said he and his wife were "doing fine," but declined any further comment.